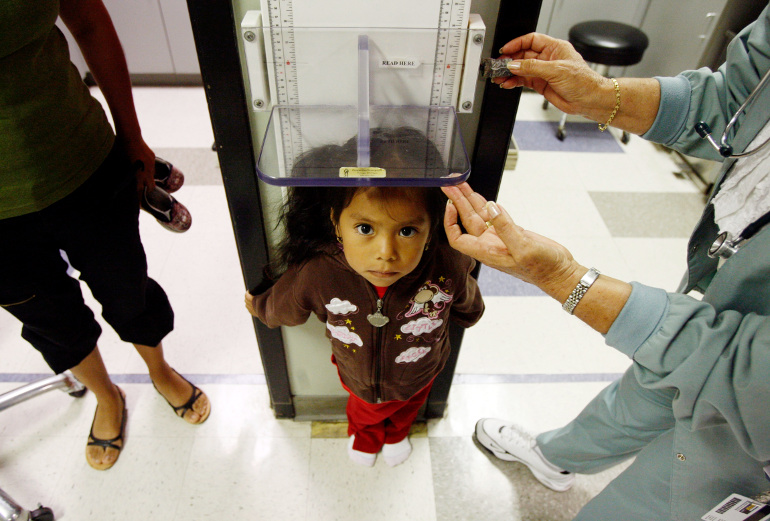 The figures vary slightly from one study to another, but it's clear that millions of Americans who had no health insurance in 2013 now have at least some coverage.

With the implementation of the Patient Protection and Affordable Care Act, or ACA, the percentage of uninsured non-elderly adults -- age 18 to 64 -- in the U.S. has dropped by 30.1 percent, from 17.7 percent in September 2013 to 12.1 percent in September 2014, according to a report released Dec. 3 by the Urban Institute Health Monitoring Center -- a total of 10.6 million people.

In states that are participating in the Medicaid expansion that is part of the ACA -- 27 states and the District of Columbia -- the percentages are even higher than the overall average. Other estimates of the number of newly insured range as high as 15 million.

According to one study, about 1 million adults -- less than 1 percent of the age group being considered -- have lost their coverage as a result of provisions in the new law.

According to Daughter of Charity Sr. Carol Keehan, president and CEO of the Catholic Health Association, people by and large are "absolutely" better off when it comes to health care. That's not to say that a few people haven't been adversely affected but, she said, "millions more people have insurance, millions of people have better insurance."

Policies must meet a list of criteria, including coverage of outpatient mental health care and no lifetime caps on the amount paid for claims. Insurers cannot drop people because they get sick. People on Medicare are getting free preventive care, and working people who previously had minimal insurance are no longer subject to restrictions on coverage of pre-existing conditions or inadequate coverage for terrible diseases that are costly to treat.

The ACA is not perfect, but it is "a huge step forward," Keehan said.

The Medicaid expansion portion of the ACA, through which the federal government will pick up the full cost of new enrollees at first and eventually continue to cover 90 percent of the cost, permits Medicaid coverage of individuals with family incomes up to 138 percent of the federal poverty level.

Many non-expansion states do not provide Medicaid at all for nondisabled childless adults; a few cover poor 19- and 20-year-olds and some are considering the expansion.

Keehan noted that many more children and adults could have gotten coverage in the 23 states that chose not to participate in the expansion. Many of those adults are working, often at two low-paying jobs. "They're not lazy, but they have no ability to afford health insurance."

For the middle and working classes, the ACA offers graduated subsidies to people with incomes from 100 percent up to 400 percent of the federal poverty level, about $46,000 for an individual or $94,000 for a family of four.

Employers with 50 or more employees are required to provide health insurance for full-time workers, and individuals otherwise uninsured are required to buy insurance or pay a fine which will increase each year. The working poor can claim a hardship exemption if the cost of coverage is too high a percentage of their incomes even with the subsidy. Legal immigrants are generally eligible for coverage, but those who lack legalimmigration status are not.

Michael Rowan, president of health systems delivery and chief operating officer of Englewood, Colorado-based Catholic Healthcare Initiatives, which takes in 105 hospitals in 18 states, said the implementation of the ACA has had a mixed effect on those institutions.

Philosophically, he said, its goals are in line with the health care organization's mission to care for those in need and to push health care toward a focus on the whole person with an emphasis on keeping people well -- an outcome-based approach rather than a fee-for-service one which emphasized doing procedures.

Across the network of hospitals, the increased number of people with insurance has meant that the need for purely charitable care -- for which the institutions receive no reimbursement -- has declined from $320 million in fiscal year 2013 to $255 million in 2014.

"More people have got insurance, so more people are showing up looking for care," which is good, he told Catholic News Service.

But many of them are using Medicaid, which does not pay enough to cover the hospital's cost for treating them, so the network's total community benefit -- which includes charitable endeavors such as unreimbursed care but does not include the difference between Medicare costs and payments -- has gone up from $762 million in 2013 to $910 million in 2014.

Rowan said the biggest financial challenge the hospitals face is that gap between their costs and what Medicaid pays, but "we have to do our best to provide affordable health care."

He said there is a growing shortage of physicians who will treat Medicaid patients because of the low rates of reimbursement. Patients are being encouraged to use Catholic Healthcare Initiatives' network of clinics and clinical practice groups which do accept Medicaid despite the financial problems involved.

Objections to the federal health care law persist in Congress and among many Catholic entities over the contraceptive mandate enforced by the U.S. Department of Health and Human Services as part of the law.

The U.S. bishops have long supported affordable health care for all, but their main objection to the law is the requirement that most employers, including religious ones, cover employees' artificial birth control, sterilization and abortion-causing drugs, even if employers morally oppose such coverage.

The bishops, CHA and others also have criticized the federal government for a lack of oversight to ensure federally subsidized health plans will not cover elective abortions.

Dozens of lawsuits against the mandate continue to work their way through the courts. A major question still pending is how the Supreme Court interprets the mandate's application to nonprofit organizations, including many religious entities.

The high court ruled 5-4 in June that Hobby Lobby and Conestoga Wood Specialties need not comply with the mandate. The for-profit, closely held companies' owners objected to it on moral grounds, saying that being forced to comply violates their religious rights.

The HHS mandate includes a narrow exemption for religious employers that fit certain criteria. Eligible, non-exempt employers can opt out, but they must advise HHS of their moral objections to the coverage, then HHS informs the insurance company. The company or a third party, such as the administrator of a plan, then provides the coverage at no cost to employees. Groups that have brought suit still object to the opt-out procedures.

Some religious institutions, including CHA, have accepted the provisions for opting out.

Keehan noted that the ACA is "a work in progress" and that CHA member institutions accepted cuts in reimbursement and have invested heavily in getting people enrolled.

Because of negative publicity and rumors about the ACA, she said, "There's tremendous difficulty making people believe it's worth the effort to sign up."