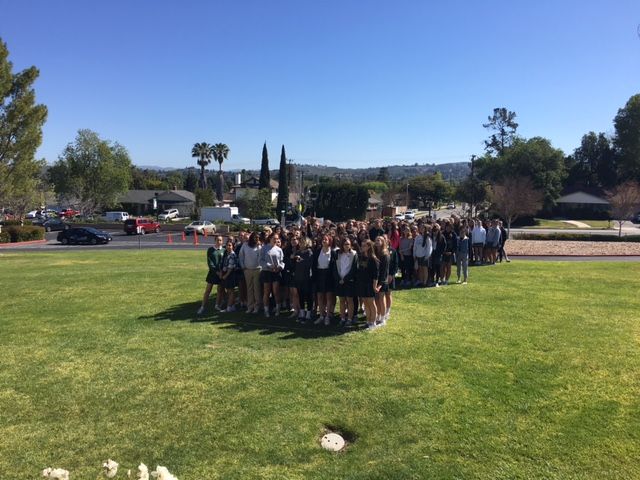 Tens of thousands of students across the U.S. have again walked out of their schools in a coordinated effort to demand an end to gun violence.  This protest takes place on the 19th anniversary of the Columbine school shooting.  Since then, more than 208,000 students across the country have experienced gun violence at school.  This protest and advocacy effort follows and builds on the massive national effort sparked by the Feb. 14, 2018 shooting at Marjory Stoneman Douglas High School in Parkland, FL that took 17 lives.

Since the beginning of April, we have also seen the use of poison gas in Syria, the 50th anniversary of the Martin Luther King, Jr., assassination, and the combined U.S./UK/France military attack in Syria – which was followed without any real delay by continued bombing by the Syrian forces of innocent civilians.

When Pope Francis issued his Apostolic Exhortation Gaudete et Exultate into this context putting his reflections on the Beatitudes from Matthew's gospel at the heart of his call to holiness in today's world, I went to his treatment of the beatitude on peacemaking.

At first I was surprised and very disappointed that in the paragraphs on this beatitude (87-89), he refers to war in just one short sentence and makes no mention of anything like the gun violence or many other forms of institutionalized social violence that so many suffer all around the world.  His examples of peacemaking are not spreading gossip, accepting people who are difficult, and facing conflict directly.

This is not a new approach for Francis.  He has focused on the small everyday activities that everyone can do in Laudato Si' and his other earlier documents.  The more I reflect on this personal/interpersonal approach to major social evils, though, the more I am coming to realize that there is a wisdom to it that we are hopefully seeing played out before us in the gun debate in our country recently.

There had been no movement on the national debate for nearly 20 years while thousands and then hundreds of thousands of students had experienced shootings in their own schools – and shooter drills and lockdowns have become the standard experience for all the rest.  But with the student response to the Parkland shooting, people are beginning to note a shifting away from the long hardened positions in the arguments.  Hopefully this latest national student walkout will continue that softening.  Have we reached a tipping point?

It is that notion of major social change occurring only when broad cultural values grow more and more in communities until they reach a tipping point and birth policy change that makes Francis's reflection on peacemaking so important.  He is right to call everyone to build a culture of peace by doing the hard and sometimes painful or threatening personal work in our day-to-day lives to "face conflict head on, resolve it and make it a link in the chain of a new process" (89).

That seems to be what happened and is developing around sexual harassment with the #MeToo movement.  We each need to be part of its development on the issue of gun violence in our nation.  As Francis writes, "We need to be artisans of peace, for building peace is a craft that demands serenity, creativity, sensitivity and skill.  Sowing peace all around us: that is holiness."

Opinion | On Columbine anniversary, students act as 'artisans of peace'