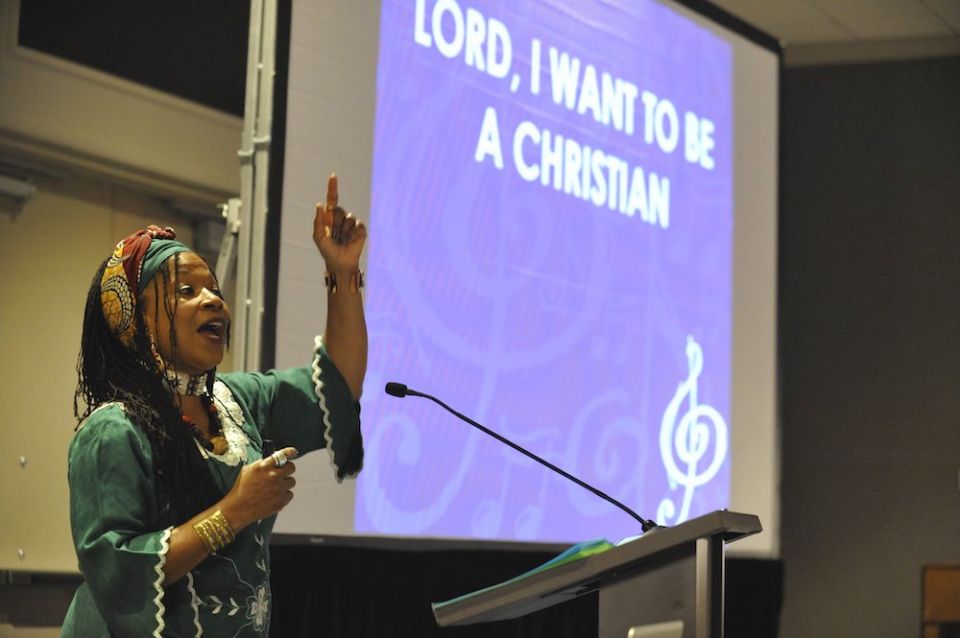 ValLimar Jansen, a catechetical speaker, singer and composer, offers a workshop on the gift of African American sacred music during the annual conference of the National Association of Pastoral Musicians in New Orleans July 27-30. (CNS/Clarion Herald/Peter Finney Jr.)

New Orleans — One of the unwritten rules of congregational behavior during the celebration of Mass relies heavily on the virtues of silence and contemplation, even when a rousing hymn sung masterfully by a choir or cantor might encourage Catholics to clap as though they were at a concert.

But as people deprived of personal contact with the Eucharist began returning to Mass following the near total shutdown of public Masses during the pandemic of 2020, those rules may have been tweaked, said Jennifer Kluge, executive director of the National Association of Pastoral Musicians.

The association represents 3,500 cantors, instrumentalists and choir members in Catholic dioceses across the U.S.

"I've heard several stories about congregations applauding at the conclusion of the liturgy, and, at least in my experience, that's something I had never experienced before," Kluge said during the organization's annual conference in New Orleans July 27-30.

"When an ensemble or a choir does a concert, you'd expect that, but when they are literally applauding your contribution to the liturgy, that comes as a surprise," she said. "I've heard people tell me after Mass, 'Thank you so much for being here. You've made the liturgy so much richer.' So there is absolutely an appreciation for us."

After holding a virtual convention last summer in the throes of the pandemic, the National Association of Pastoral Musicians returned to an in-person conference that drew 540 music ministers to New Orleans, with another 260 accessing the workshops and other presentations online.

One of the highlights was the conferring of the NPM's Pastoral Musician of the Year Award on Richard Cheri, the choir director at Our Lady Star of the Sea Parish in New Orleans, who also has directed the Archdiocesan Gospel Choir for the last 37 years. 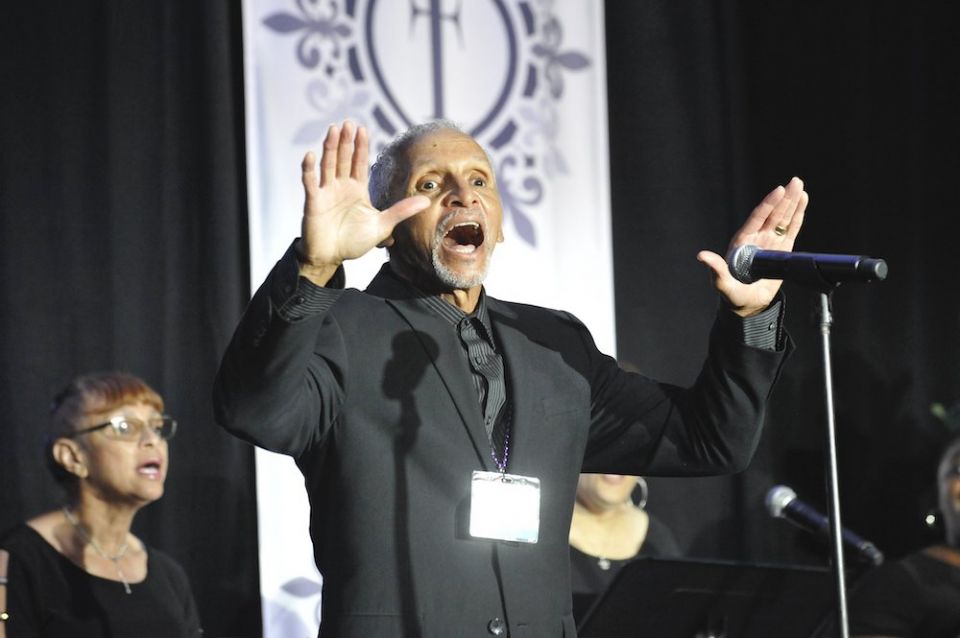 "It means a great deal because it validates a whole bunch of firsts for me," said Cheri, whose compositions of "Good Ground" and the responsorial psalm "Teach Me Your Way, O Lord" have garnered wide praise. "My pride and joy has been the musicians I've brought together to teach our music all over the country."

Kluge said while 2020 was filled with challenges for choirs — some were shut down for fear of spreading the novel coronavirus, which causes COVID-19, through close contact with each other — she was amazed by stories of resilience and ingenuity.

"It really was Maine to Spain," Kluge said of the varied restrictions imposed by civil authorities in various parts of the country on indoor gatherings for the celebration of Mass. "One of the silver linings of the pandemic for pastoral musicians is that we've always been used to thinking on our feet and pivoting. When somebody misses a cue, you do things to help them get back into the rhythm; you just keep on singing.

"Our members were perfectly suited to figure out how to do a livestream, how to figure out camera angles, how to find out what technology our parish needs to serve the faithful."

One of the common challenges for 2021, Kluge said, has been re-forming choirs that were disbanded.

"Some people still don't feel comfortable coming back, so how can a director fine-tune things with so many vocalists who haven't sung in 18 months?" Kluge said. "How do we recreate that? How do we [at NPM] serve as ministers to a community that's fractured?"

One of the difficult realities were the budgetary layoffs of music ministers at many parishes because of falling contributions during the pandemic, Kluge said. But the common wisdom remains true as parishes search for recovery: Parishes that offer great homilies, great hospitality and great music are usually the ones that thrive.

Betty-Ann Hickey, local coordinator of the conference, said the Archdiocese of New Orleans tried diligently to maintain the vitality of music ministry "because music is integral to the liturgy."

"So even in places where we stopped congregational singing, we still had instrumental music and a cantor singing," Hickey told the Clarion Herald, newspaper of the New Orleans Archdiocese.

As an occasional cantor at her home parish of St. Bartholomew in Bethesda, Maryland, Kluge said she got used to singing in church behind a plexiglass shield that was hung in front of her microphone.

"Even when we are limited to a pianist and a single cantor, that represents our mission and helps put the importance of that ministerial role right in front of the congregation," Kluge said.

In the coming months, Kluge hopes choir members will be able to build back their voices that haven't been used much over the last year. One NPM member suggested that choir directors could intersperse rehearsal time with explanations on the role of music in the liturgy.

"This is a chance to form our choirs in a deeper way and give them a vocal rest," she said. "That would serve a twofold purpose because we're forming them better and helping them build their voices back up."

Recruiting new members starts with an invitation, she said.

"From my experience in volunteer management, it's always about asking," Kluge said. "Rarely does a volunteer come forward who isn't asked. It's someone who says, 'Come join us!' "

[Peter Finney is executive editor/general manager of the Clarion Herald, newspaper of the Archdiocese of New Orleans.]