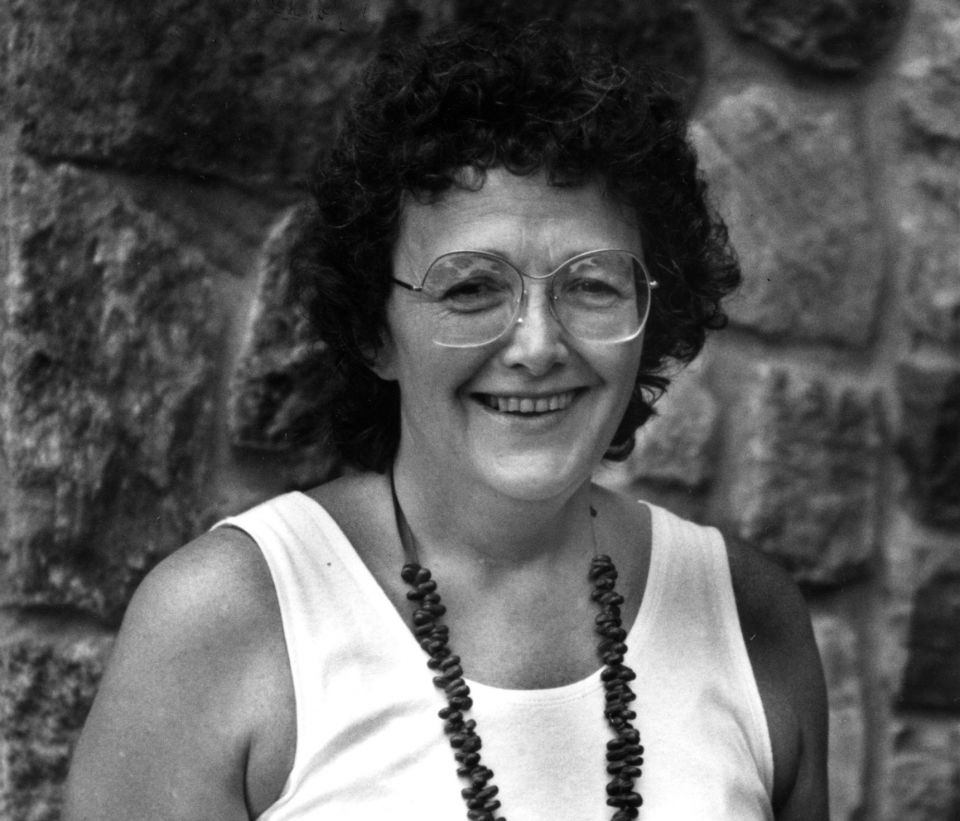 Feminist and liberation theologian Rosemary Radford Ruether influenced generations of men and women in the causes of justice for women, the poor, people of color, the Middle East and the Earth. The scholar, teacher, activist, author and former NCR columnist died May 21. She was 85.

Theologian Mary Hunt, a long-time friend and colleague of Reuther's, announced the death on behalf of the family.

"Dr. Ruether was a scholar activist par excellence. She was respected and beloved by students, colleagues, and collaborators around the world," said Hunt, cofounder and codirector of the Women's Alliance for Theology, Ethics, and Ritual (WATER).

"Her legacy, both intellectual and personal, is rich beyond imagining," Hunt said in an email announcement. "The scope and depth of her work, and the witness of her life as a committed feminist justice-seeker will shine forever with a luster that time will only enhance."

A classicist by training, Ruether was outspoken in her liberal views on everything from women's ordination to the Palestinian state. She wrote hundreds of articles and 36 books, including the systematic Sexism and God-Talk in 1983 and the ecofeminist primer Gaia and God in 1992.

In more than 50 years of teaching, Ruether influenced thousands of students, first at the historically black Howard University from 1965 to 1975, then at Garrett-Evangelical Theological Seminary as the Georgia Harkness Professor of Applied Theology from 1976 to 2002. She was a visiting professor at Harvard Divinity School, Princeton Theological Seminary, Yale Divinity School and Sir George Williams University in Montreal.

Although she taught many Catholics students, Ruether valued the greater academic freedom of non-Catholic employers. After losing out on a job offer from a Catholic school in the 1960s because of an article she had written for The Washington Post Magazine titled "Why a Catholic Mother Believes in Birth Control," she learned her lesson: "Don't work for a Catholic institution," she told Conscience, the magazine of Catholics for Choice, on whose board she served for many years.

She attended Catholic schools as a young girl, however, and was influenced by the women religious who taught her. Ecumenical since birth, she was youngest of three daughters of a Catholic mother and Episcopalian father who died when she was 12. She was born in St. Paul, Minn., in 1936, but grew up in Washington, D.C., and California.

A strong student, she was the commencement speaker at La Jolla High School and chose Scripps College, an all-women school in Claremont, California, where she graduated with a bachelor's degree in classics in 1958.

Her master's degree in historical theology (1960) and doctorate in patristics (1965) are both from the Claremont Graduate School; her dissertation was on church father Gregory of Nazianzus. Her academic accomplishments are all the more remarkable, as she was also raising three children during her graduate work, having married political scientist Herman J. Ruether in 1957.

After getting involved in the civil rights movement at Claremont, she volunteered in Mississippi after "Freedom Summer," through the Delta Ministry Program. This early commitment to racial justice distinguished her from some white feminists of that era who did not initially look at issues of class and race. Her book Women Healing Earth in 1996 highlighted Latin American, Asian and African women theologians and activists.

Ruether's feminist writing critiqued historical and contemporary patriarchy in the world and in the church, especially among the clergy and hierarchy. She was a supporter of the Women's Ordination Conference and the Women-Church movement, which advocates for women-led liturgical communities outside the patriarchal church, and board member of Catholics for Choice.

"My Catholicism is the progressive, feminist liberation theology wing of Catholicism. That is the Catholicism that I belong to, that I am connected to around the globe," she told Conscience.

In her 2013 autobiography, My Quests for Hope and Meaning, she wrote: "I have been privileged to have strayed into this path and found myself led by whatever combination of instinct and divine grace causes one to explore mile after mile of a particular path of thought and life. ... It is as much a direction into which I have been led as it is one that I have consciously chosen. Like so many other travelers on this path, we can only say to each other, 'here we must go; we cannot do otherwise.' "

A version of this story appeared in the June 10-23, 2022 print issue under the headline: Rosemary Radford Ruether, groundbreaking theologian, dies .

'Do They Hear You When You Cry?'