Skip to main content
News
Opinion
Guest Voices
This story appears in the Synod on the Family feature series. View the full series. 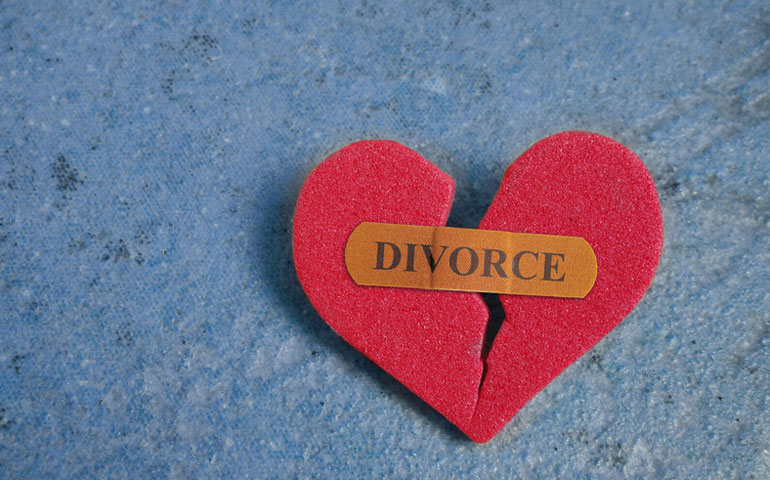 by George B. Wilson

During the coming months leading up to the October Synod of Bishops on the family, the participants will be wrestling with the issue of denial of Eucharist to divorced and remarried Catholics. It is important that their reflection take its direction from the right starting place. Otherwise, the process and its outcome could be skewed from the outset.

I would suggest that they should begin, not from abstract concepts, nor from present canon law, but rather from evidence of a sentiment widely shared among church members around the globe.

There is surely no Catholic, whether cleric or lay, who takes pleasure in the fact that the divorced and remarried are denied access to the Eucharist. Their fellow Catholics desire that these brothers and sisters in the faith be blessed with the life and spiritual sustenance offered in Communion.

This empathy reveals the sensus fidelium, a sign of the presence of the divine Spirit of mercy and compassion, at work in the people of God. Yet our church has been content to allow the power residing in that empathy to go untapped.

Those energies are telling us that we must be doing something wrong. Are we missing what Communion is all about? Or are we working from a distorted understanding of the experience of remarriage after divorce? Or have we created an unwarranted and destructive link between the two?

Or, again, is the widely held perception that the present policy is unwarranted rooted in a mixtum-gatherum of all three? Is the issue one not of church doctrine, but rather a catechesis that has wandered far from the power of Jesus’ vision of things?

What does the present practice implicitly teach about Eucharist?
Jesus spoke of his body and blood as food, as nourishment. More significantly, he said it was necessary for life: Unless we eat of it, we do not have life within us.

Our church professes that these words are not a mere metaphor. If we appreciate fully all that his words imply, to deny Communion to people who have been baptized into that life must seem a form of imposed spiritual starvation. That starvation has devastating consequences.

If our church is to deny that essential sustenance, the denial must only be on the grounds that they are guilty of some commensurate crime against his body. It would seem that only a public act of apostasy would fill the bill.

The present practice does not treat Eucharist as the gift of unconditional love -- of divine grace. In effect, holy Communion becomes not the undeserved gift of a magnanimous God but rather a prize for good behavior. It is reserved for those who are either successful in fulfilling an (admittedly) very difficult lifelong commitment, or for those who, if the covenant has broken down, commit themselves to remaining celibate for the rest of their lives.

The result of this policy is to distort not only the nature of the Eucharist but also to disfigure the face of the compassionate lover himself.

How are we to conceive of the experience of someone who marries again after divorce?
How do we name what is happening when a couple experiences the breakdown of the bond of commitment that defines marriage and then one (or both) of the parties goes on to marry again? Is that second relationship to be seen as an attempt at some sort of social fantasy, falsely called “marriage”? Do we see it as an act of willful disobedience on the part of the spouses? Are the two parties in the second relationship to be labeled adulterers?

The experience of marital breakdown ordinarily involves deep personal trauma. An irreplaceable “we” has proven to be an illusion. A dream has gone up in smoke. People do not enter a marriage with the simultaneous intention of destroying it.

Instead, the couple discovers, often in spite of heroic efforts at making it work, that they are unable to fulfill the promise they made. It is a difficult experience of limitation and failure. Most divorced people are “guilty” only of being human.

A canonical annulment may signal that there was no genuine marital commitment in the first place; the couple’s heartbreak suggests otherwise. (It is intriguing to note that when a priest is released from the vow made at his ordination, no one maintains that there had not been an ordination in the first place.)

In the face of this disillusioning and frequently devastating outcome, we should be in awe that one (or both) of the parties is able to transcend the experience of failure. Instead of looking for emotional support and sexual fulfillment in less binding relationships, the person who remarries bears witness to the value hoped for in lifelong fidelity to a new partner.

The church teaches that the marriage bond is ennobling and life-giving. Yet when someone who has gone through the trauma of a failed relationship seeks the same good with a new partner, church law treats that attempt as essentially disordered, enough to warrant refusal of the bread of life.

It should be noted that the divorce itself is not deemed so disfiguring to the body of Christ as to result in denial of Communion. By itself, divorce is viewed as the tragic result of human fallibility. It is sad, for sure, but we can all identify with the experience of failure to live up to an ideal.

It is when the divorced Catholic moves beyond the experience of breakdown, commits to a new relationship, and calls it “marriage” that the church considers the attempt such a public repudiation of the indissolubility of marriage as to warrant the denial of Communion.

It would seem that we have arrived at the crux of the contemporary dilemma that calls for some new pastoral response. On the one hand, there is the church’s doctrinal position that it does not have the authority to annul a valid marriage and sanction a union contracted after a civil divorce. On the other, there is the evidence of a sensus fidelium that considers the denial of Eucharist to someone who has entered on a second union to be, if not an act of injustice, at least unwarranted.

The two realities are, after all, matters of a very different order. Indissolubility is a doctrinal position and presumed to be unchangeable; denial of Communion is a pastoral option and, as such, subject to evaluation and revision in light of experience.

The denial of Communion is a policy choice, not intrinsically linked to the doctrine of indissolubility. In that light, the question to be answered must be: Is the policy choice effective? Does it in fact “work”?

That depends, in turn, on the answers to two further questions. The first concerns the goal intended by the policy: What is it trying to achieve? The second asks whether the policy is suited to the attainment of that goal: Does it actually create the intended effect?

In recent times, church catechesis, in an effort at minimizing the punitive aspect of the policy, has emphasized a medicinal intent: The goal of the policy is to encourage the remarried to enter upon a deeper reflection on the state of their spiritual life, leading to a deeper conversion to the Lord.

The effort is laudable, to be sure. But is it good pastoring? It seems nearly impossible to eliminate the impression that someone is being punished when a policy takes away a privilege that comes with the gift of faith.

More importantly, however, there is an irony here. A policy that proposes to enhance spiritual growth begins by cutting off its most enriching sustenance. Those Catholics living in second marriages must find it strange indeed to hear a message that tells them they will be given the healing grace to leave their disordered state if they are denied the food of the Lord’s life. This is strange medicine indeed.

The present policy fails the test of pastoral wisdom on three accounts. It is implicitly based on a distorted understanding of the gift of the Eucharist. It reveals an unjust caricature of the experience of divorced and remarried people committed to following Jesus within the Catholic communion. And it is an unnecessary and ineffective response.

Then what alternative might the synod participants propose? That is, of course, the burden placed on the delegates by Pope Francis. They might simply call on Francis to proclaim to the divorced and remarried:

“Thank you for sharing with the rest of God’s people your faith-filled longing to join us at the feast of the Lord’s mercy. We have missed you for too long. Welcome home!”

[Jesuit Fr. George B. Wilson is a church consultant living in Cincinnati.]

A version of this story appeared in the Sept 11-Sept 24, 2015 print issue under the headline: Policy fails test of pastoral wisdom.