Pope asks people to work together to end human trafficking 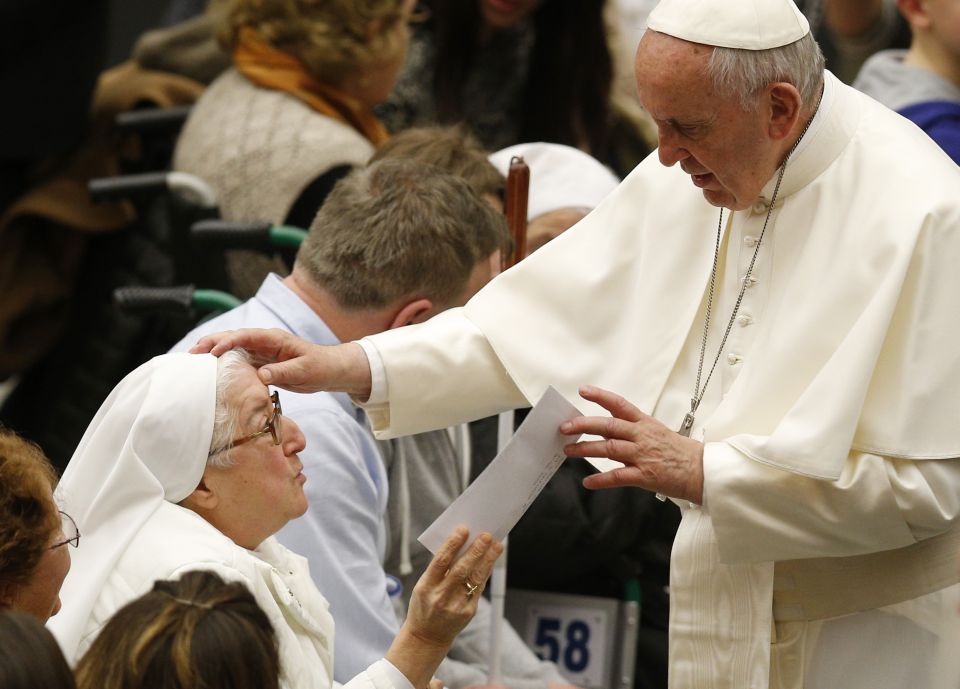 Pope Francis accepts a letter from a nun during his general audience in Paul VI hall at the Vatican Feb. 7. (CNS/Paul Haring)

Highlighting the Feb. 8 World Day of Prayer and Awareness Against Human Trafficking, the pope noted this year's theme was dedicated to ending the trafficking of migrants.

"Having few possible legal channels, many migrants decide to risk other avenues, where often there awaits abuse of every kind, exploitation and slavery," the pope said Feb. 7 at the end of his weekly general audience.

Criminal organizations specialized in trafficking people take advantage of migratory flows "to hide their victims among migrants and refugees," he added.

In an appeal, the pope invited everyone to "join forces to prevent trafficking and guarantee protection and assistance to victims."

"Let us all pray that the Lord would convert the hearts of traffickers -- an ugly word, traffickers of people -- and may give those suffering because of this shameful scourge the hope to regain freedom," he added.

Read about sisters' fight against human trafficking on Global Sisters Report at: http://globalsistersreport.org/topics/trafficking

The world day of prayer falls each year on Feb. 8, the feast day of St. Josephine Bakhita, who was kidnapped as a child and sold into slavery in Sudan and Italy.

Once Josephine was freed, she became a Canossian nun and dedicated her life to sharing her testament of deliverance from slavery and comforting the poor and suffering.