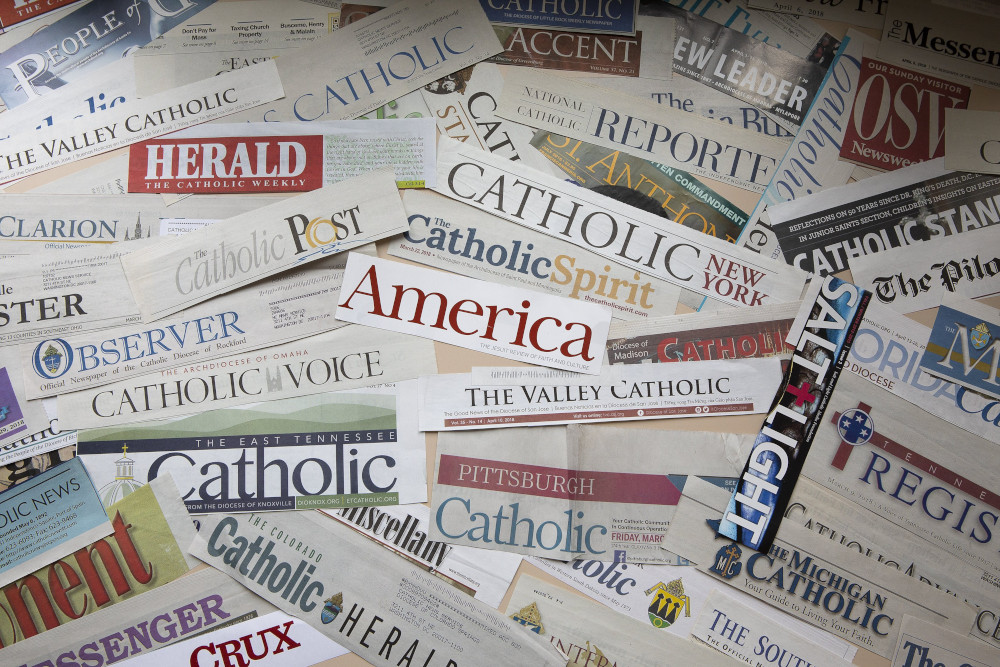 The mastheads of numerous Catholic newspapers are seen in this photo illustration. (CNS photo/Tyler Orsburn)

Two months after the U.S. bishops' conference said it would halt Catholic News Service operations in the United States, Our Sunday Visitor on July 6 announced it will launch a new iteration of the service at the beginning of 2023.

The announcement, made by OSV Publisher Scott Richert, came during the Catholic Media Conference in Portland, Oregon, where Catholic publishers, reporters and other media professionals are gathered for four days of educational sessions, networking and spiritual reflection. 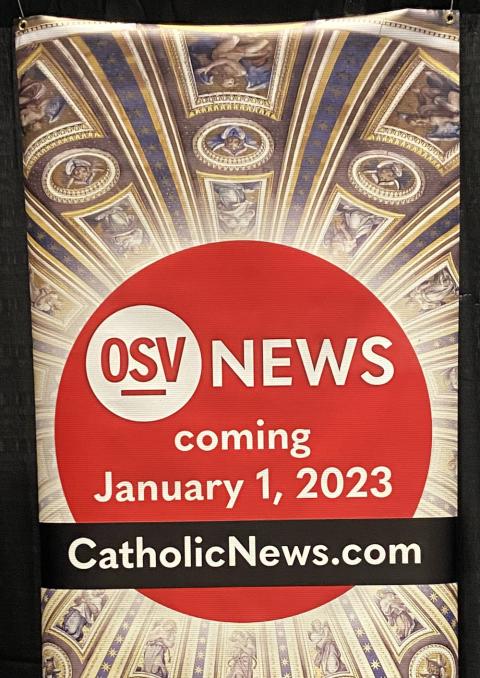 Between lunch and the day's keynote talk on July 6, an OSV promotional video described the new service — to be called "OSV News" — as a harbinger of a "renaissance in Catholic media."

The news service undertaking is "in our DNA," Richert said. "We were early supporters of CNS and the Catholic Press Association [now the Catholic Media Association] and helped dioceses establish their own newspapers." The new news service "is a responsibility we take very seriously," he said.

Along with the stories it generates, OSV News will feature articles from an assortment of content partners, including the Vatican's Dicastery for Communication and the Catholic website Aleteia. Like CNS, OSV intends to work with diocesan publications to syndicate content via OSV News.

Richert said OSV wants to hire approximately ten new employees, plus a number of freelancers, to generate coverage. Correspondents will work remotely from a variety of locations.

Current CNS subscribers will need to re-subscribe with OSV News, said Richert. "And when they log on Jan. 1, the website will have the same content platform but a different look," he said

OSV News will host CNS photos "to the extent possible," Richert said, and plans also to offer new images. "Good photos are a priority for us," he said. Pricing for the news service will be announced in September.

The U.S. bishops, citing financial concerns, shocked the Catholic publishing world May 4 with plans to close CNS offices in New York and Washington at the end of 2022, with only the Rome bureau, covering Vatican and international news, remaining. The century-old wire service, known for its crisp reporting and prompt, nonideological coverage of national news, is well respected and a staple for diocesan newspapers and national publications.

"We were as surprised as everyone else at the news of the closure," Richert told NCR. "We huddled that day to think about what we should do and two weeks later approached the USCCB with our plan. They were very enthusiastic."

All new content from the CNS Rome bureau — operating independently of OSV under the management of the bishops' conference — will be available to OSV News subscribers. Dioceses or episcopal conferences who do not subscribe to OSV News will be able to access free CNS Rome content provided by the bishops, according to Richert.

The CNS closure and what comes next has been a hot topic at the Portland gathering — the first in-person Catholic Media Conference since 2019. While chatting over meals, some staff at diocesan Catholic papers said they would likely turn to Catholic News Agency following the closure, while others were hoping a new wire service would emerge. Catholic News Agency, known as CNA, is owned by Catholic media conglomerate EWTN.

For several weeks rumors have circulated among Catholic publishers that OSV might take on a wire service, and longtime CNS employees were not shocked at OSV's announcement. Like many in Catholic media, they are still absorbing the news.

Carol Zimmermann, a reporter for the CNS national bureau, said OSV News "was not a full surprise."

"There has been a lot of discussion about continuing the work Catholic News Service has been doing for client newspapers once we shut down at the end of December," she said. "What did come as a surprise was that OSV will even use CatholicNews.com and have all the access to our archives." 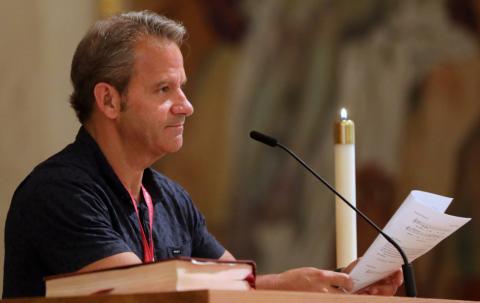 Chaz Muth, multimedia editor for Catholic News Service, gives one of the readings during Mass at St. Mary Cathedral of the Immaculate Conception July 5, 2022, during the Catholic Media Conference in Portland, Oregon. (CNS/Bob Roller)

She said that as a Catholic journalist she is glad Catholic news will continue, "but also as a journalist I have questions about how this will play out."

Chaz Muth, multimedia editor for CNS, said he, too, had "lots of questions about what OSV News will look like." He pointed out that one of the big concerns for editors at Catholic publications was that the void left by CNS would be filled by ideologically driven coverage, including Catholic News Agency.

Muth said OSV is perceived by some as having a right-of-center ideological leaning.

"Does OSV have an ideological bent? Sure. Is it huge? No," he said. "The hope is that they are going to do objective news reporting. I'm waiting to see what the staff will look like, what coverage will look like."

Richert told NCR that OSV News is committed to objective reporting and eager to support Catholic publications and a "vibrant Catholic media."

A version of this story appeared in the July 22-Aug 4, 2022 print issue under the headline: Publisher to reboot Catholic News Service.