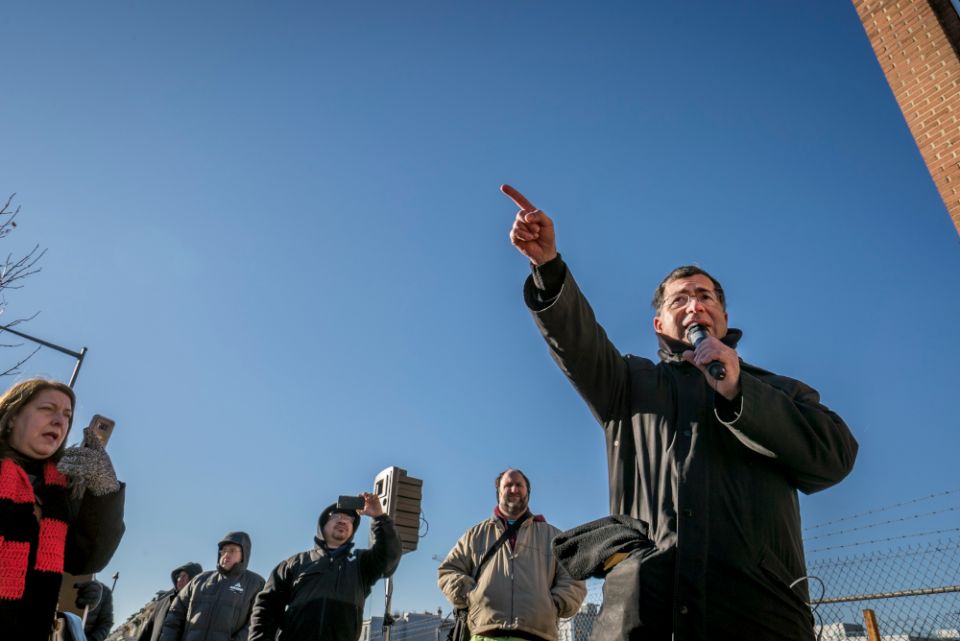 Rome — The Legionaries of Christ university in Rome plans to honor Father Frank Pavone, national director of Priests for Life, with its "A Life for Life" award.

The bioethics department of the Pontifical Athenaeum Regina Apostolorum announced the award Jan. 7 on the university's website and said the Switzerland-based Associazione Sant'Elena Imperatrice (Association of St. Helen the Empress) would provide a monetary prize "to recognize and support Father Pavone's mission."

The announcement said Pavone, a priest of the Diocese of Amarillo, Texas, will receive the award Jan. 25 during an online event.

The award recognizes the priest's "decades of service in the promotion of a culture of life," the announcement said. "The event will highlight Father Pavone's role as founder and director of the Priests for Life organization. In addition, it will recognize his activism in speaking in defense of the unborn."

In addition to his role at Priests for Life and with the Rachel's Vineyard program of retreats for women who regret having had an abortion, Pavone has engaged in very public, very controversial election support for President Donald Trump.

Legionaries of Christ Fr. Gonzalo Miranda, dean of the faculty of bioethics, told Catholic News Service Jan. 11 that members of the faculty considered possible objections to honoring Pavone, including the "political questions where people can have different opinions, but that is not what we are rewarding."

The faculty decided to move ahead because "the award honors a person who has dedicated his life to defending the sacredness of human life," he said.

As recently as Jan. 8, Pavone's "End Abortion" podcast included a prayer in which he said, "Lord, we acknowledge the blessings you have given us — you are still giving us — through President Donald Trump. We thank you for all the accomplishments. Lord, we pray for our fellow citizens who are so very blind — blind with a capital b — so blind that they do not see the greatest political leader that we've ever had." 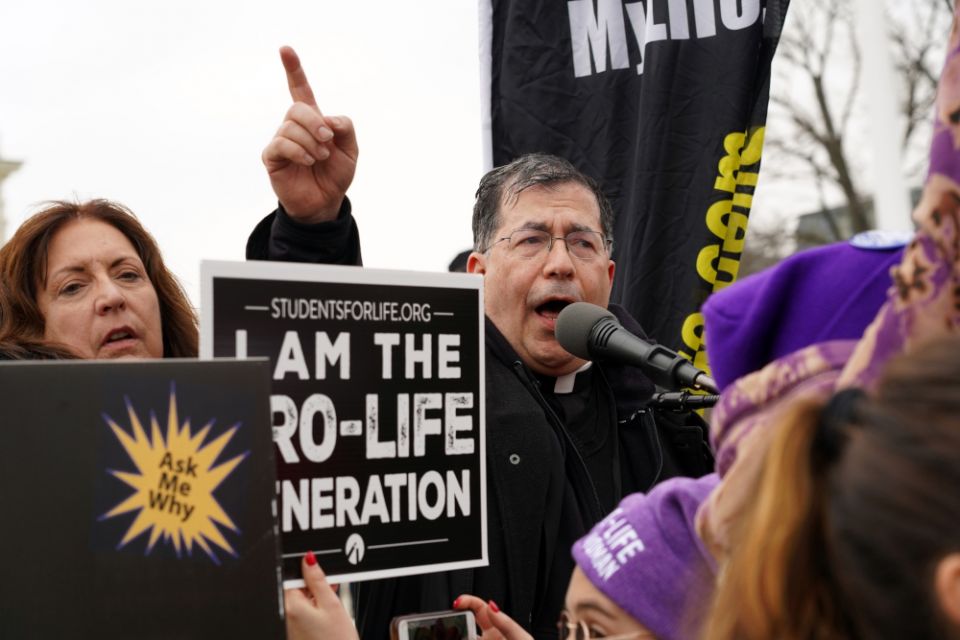 "Lord, we pray their eyes would be opened and their hearts will repent. Lord, we pray for those who embrace the Democrat Party, that they may repent," he continued. "We pray in reparation for all the damage done to our country, to our values, to our church, to our faith, to our freedom, to our economy, to our military by those who vote Democrat. Lord God, cleanse their hands of blood because they are ruining our nation."

"This Democrat Party is sunk deep in evil," he said.

He had already caused controversy before the November presidential election by using profanity on Twitter and claiming that it would be sinful to vote for Democratic candidates and even appearing to threaten that Democrats who do not repent of their political choice could not receive sacramental absolution.

He tweeted Aug. 15: "I'll be ready to hear the confessions of those who vote #Democrat, but we are trained that in the absence of repentance, absolution has to be withheld."

Before the 2016 election, Pavone broadcast live on Facebook an appeal to voters to support Trump over Hillary Clinton. He did so by placing on the altar what he told viewers was the body of "a baby killed by abortion in the second trimester of pregnancy."

After sharp criticism, including from his bishop, Pavone apologized.

In 2014, New York Cardinal Timothy M. Dolan cut ties with Pavone and Priests for Life, saying the priest refused to allow an audit of the group's finances. At the time, Priests for Life was based in Staten Island, New York. It has since moved its headquarters to Titusville, Florida.

Pavone was ordained a priest of the New York Archdiocese in 1988 but was incardinated into the Amarillo Diocese in 2005 by Bishop John W. Yanta, then head of the diocese, who served on the board of advisers of Priests for Life. In 2011, Bishop Patrick J. Zurek, who succeeded Yanta, told Pavone he was "suspended" from ministry outside the diocese; in 2012, the Vatican Congregation for Clergy upheld Pavone's appeal of the suspension, but said the priest must obtain specific permission from his bishop, Zurek, to minister outside the diocese.