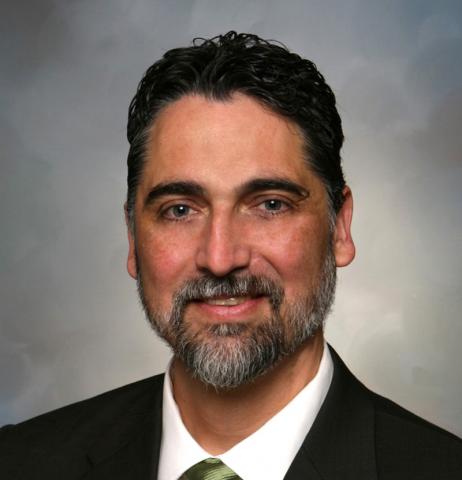 NCR met recently with Arturo Chávez, president and CEO of the Mexican American Catholic College (MACC) at the college's new campus in San Antonio. What follows is a look at the institution's mission and its role in preparing leaders for the U.S. church and for the wider Catholic world on the occasion of MACC's 40th anniversary.

NCR: Congratulations on this milestone. Forgive me, but you don't look old enough to have been here 40 years.

Chávez: Thank you. I've been here 12 years. I began on the faculty and became president in 2007. But I first came to MACC as a teenager, attending a weekend mini-pastoral conference. Bishop [Ricardo] Ramirez [of Las Cruces, N.M.] asked each of us to introduce ourselves. I said: "I'm Arthur Chávez." Right away and in front of everyone, he asked me: "Who were you before you called yourself 'Arthur?'" His question made me so mad, but it was the beginning of my reclaiming and rediscovery of the culture I had left behind.

Tell us a bit about your ethnic and cultural background.

My parents were both Mexican-Americans. My father's family had a long history in New Mexico and West Texas. He attended high school in the States and fought in the Korean War. My mother came during the 1940s and became a citizen later in life.

When I first visited MACC in the early 1980s, it termed itself the Mexican American Cultural Center and called many of its students "Chicanos." Now it is a Catholic college and uses the word "Hispanic" much more.

How did these changes come about?

"Hispanic" is a very new term. It arrived from Mexico in the mid- to late 1980s. We all needed a term that would be a bridge of solidarity across the Spanish-speaking world. MACC began as a pastoral center, but Fr. Virgilio Elizondo dreamed right from the outset of its being a college. In the early 1970s, it was almost laughable that we would build a Mexican-American college. There was such an acute need for a place to train pastoral ministers. However, there was no Spanish-language track for higher education, particularly not in pastoral ministry.

In 2008, we were determined to respond to this need for pastoral and theological education in Spanish, which has only become more pressing now than it was in 1972. We've become the first bi-literate college to offer such an education.

Do you mean bilingual when you say bi-literate?

I mean our students have the ability to speak, write, read and reason in two languages. We want all our students to know English when they graduate, but we don't require them to learn English first to get their degree. We recognize that what people bring with them -- their knowledge and life experience -- is valid. Some of our seminarians are coming from Latin America. There's no need for them to read Thomas Aquinas in English. Archbishop [José] Gómez, former archbishop of San Antonio, was very concerned with the formal education of Hispanic Catholics. He saw MACC as a center of action for their advancement. [Gomez, now archbishop of Los Angeles, remains on the MACC board of trustees.]

The number of Hispanics in the United States has reached 50 million. The majority are Catholic.

How does MACC envision providing leadership to such a vast group?

That number will surely rise by 2020. Most -- say 60 percent of the 50 million -- would call themselves Catholics. Even those not practicing their faith identify culturally as Catholics. At MACC, about 40 percent of our students are Hispanic, 40 percent are white and the rest are a mix of Asians, Africans and a few African-Americans.

Most Catholics aren't aware of the significance of places like MACC, where the church has done innovative work in the light of Vatican II. MACC has taken seriously the council's call for church renewal, not just in the liturgy, but in the culture, too. Our charism has always been in areas of peace and justice. That's why immigration is such an important issue.

Every year, we hold an immigration seminar that is well-attended. In October, Bishop Daniel Flores of Brownsville, Texas, provided a moving and realistic keynote address, sharing his personal witness of the violence in Mexico and how it's impacting the people he loves on both sides of the border.

During Lent last year, MACC memorialized the 30,000 killed in Mexico in the drug and anti-drug war by planting 3,000 crosses on campus.

Is MACC also concerned about the immigration laws and proposed ban on immigration and the undocumented in states like Alabama, Georgia and Arizona?

I didn't live through the Jim Crow Law days, but states that pass regressive laws -- not recognizing the life of our people because they don't have papers -- how different is that? We could do better as a nation and as a church.

Our bishops have offered practical policy solutions to the Obama administration, proposing compelling moral arguments for bringing the estimated 12 million undocumented immigrants out of the shadows. Hispanic and non-Hispanic bishops together are lobbying Congress to fix our broken immigration system and denounce the rising tide of dehumanizing rhetoric that demonizes immigrants as "aliens."

The Catholic vision for a humane immigration reform is not only rooted in appeals to justice and morality; practical arguments are also critical. During the last two decades, the federal government has allocated about $10 billion to reinforce security along the U.S.-Mexican border. Migrants have responded by finding new and more dangerous routes into the country. There's not a wall high enough to deter the dreams of those seeking a better life.

Is there a way both to protect our borders and uphold human dignity?

Comprehensive immigration reform would include an earned path to citizenship, appropriate worker protections and policies that keep families from being separated. This is not amnesty or a handout. It's a sensible solution to a system where employers and U.S. consumers benefit from the labor of undocumented workers while millions of immigrants in general have no protection from exploitation. It's the failure of Congress to pass reform legislation that has forced states to enact a hodgepodge of punitive local ordinances.

In a recent op-ed in The San Antonio Express, you wrote that you felt 'betrayed' by President Barack Obama's approval of the Health and Human Services mandate requiring coverage of contraceptives by all employers, including faith-based institutions. Are you appeased by the administration's compromise, which shifted the cost of coverage from the employer to the insurance company for conscientiously objecting religiously related employers?

If this mandate stands, it will place our schools, universities, hospitals and charitable agencies in the unconscionable position of choosing between violating civil law and abandoning our religious beliefs. The mandate is an alarming intrusion of government on how religious bodies practice their faith. It's not only bad policy, but also a violation of our Constitution's First Amendment.

Are you embarrassed by the president's actions after serving nearly two years on his inaugural Advisory Council on Faith-Based and Neighborhood Partnerships?

As a Latino and a Democrat, I felt proud and honored to be called to serve. I agreed to be on the council after consulting with my own spiritual advisers. I wanted to bring the concerns and values of the Catholic church and the critical needs in Hispanic communities to the agenda of the new administration.

Are Latinos united on church teaching?

Our voice needs to be united and strong around issues of life and human dignity. This holds not just for opposition to the federal mandate but also the question of worker rights, the dignity of workers and the whole economy, which must serve the interests of all the people.

Church teaching is very clear in the area of contraception and abortion, but we have a big disconnect in our community in which over 50 percent of Latinas are pregnant by the time they're 19. The vast majority of these pregnancies are unplanned and the women and girls unmarried. We need to find a common agenda that fits what the church teaches with the reality of people in the trenches.

How do we provide alternatives for girls when "Just say no" has failed, and often because there is nothing for girls to say yes to? This question requires good education, after-school programs, HIV/AIDS teaching, but when we request these things, they're seen as "socialism" or "pork." Yet they are life and death services in the Hispanic community.