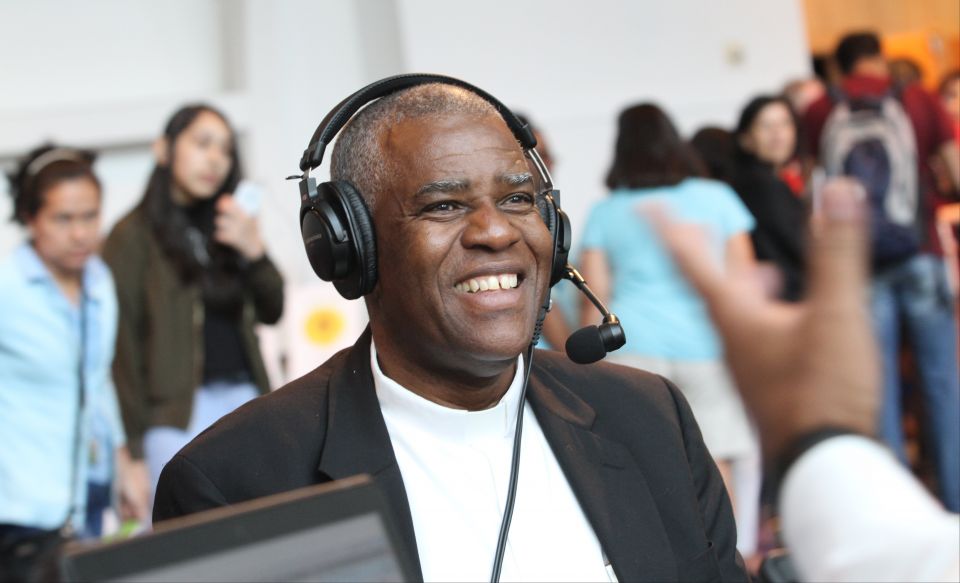 Bishop Guglielmone, 76, has headed the statewide diocese since March 2009. As required by canon law, he turned in his resignation to the pope when he turned 75, on Dec. 30, 2020.

Bishop-designate Fabre, 66, was born in Port-au-Prince, Haiti, and immigrated to New York while he was in high school. He was ordained a priest Oct. 10, 1986, for the Scalabrinian order, known formally as the Missionaries of St. Charles. He currently serves as the local superior of Scalabrinian priests in Atlanta.

The resignation and appointment were announced in Washington Feb. 22 by Archbishop Christophe Pierre, apostolic nuncio.

Bishop-designate Fabre will be the 14th bishop of Charleston and the first Black prelate to head the diocese.

"I wish to offer my sincere congratulations and blessings to the people of the Diocese of Charleston, South Carolina," Atlanta Archbishop Gregory J. Hartmayer said in a statement.

Bishop-designate Fabre's "devotion to those on the margins — especially refugees, immigrants and detainees — tells you a little something about his commitment to the work of the church," the archbishop said. "He encouraged and accompanied the members of San Felipe de Jesus (Mission), in Forest Park, Georgia, as they raised their own funds to build a sanctuary for their congregation."

"While we will miss him here in the Archdiocese of Atlanta, this appointment is great news for the Diocese of Charleston and the church in America," he added.

Born Nov. 13, 1955, the future priest and bishop completed high school in New York City and enrolled at St. John's University in Jamaica, New York. He then went to St. Michael's College in Toronto, Catholic Theological Union in Chicago and the Scalabrini House of Theology, also in Chicago.

He received a master's degree in divinity and a licentiate in human mobility (migration) from the Pontifical Urban University in Rome.

He was ordained to the priesthood at St. Theresa of Avila Church in Brooklyn, New York, by then-Auxiliary Bishop Wilton D. Gregory of Chicago. Now cardinal-archbishop of Washington, Bishop Gregory headed the Diocese of Belleville, Illinois, 1994-2004, and was Atlanta's archbishop, 2005-2019.

Then-Father Fabre's assignments after ordination included being parochial vicar at Our Lady of Guadalupe Parish in Immokalee, Florida, 1986-1990; chaplain to the Haitian refugees at Guantanamo Bay, Cuba, 1990-1991; and pastor at San Pedro de Macorís Parish in the Dominican Republic, 1991-2004.

Arriving in the Archdiocese of Atlanta in 2006, Father Fabre served as parochial vicar at two Georgia parishes, first at St. Joseph Church in Athens and then at Holy Trinity Church in Peachtree City. The bishop-designate has served as administrator of San Felipe de Jesus Mission since 2008. He also served as spiritual director to the Hispanic Charismatic Renewal in Atlanta.

Since 2010, Bishop-designate Fabre has been a member of the Archdiocese of Atlanta's Finance Council, the Budget and Operations Committee and the Projects Review Committee.

He is fluent in English, Spanish, Italian, French and Creole.

Cause opened for Catholic educator dedicated to those with disabilities