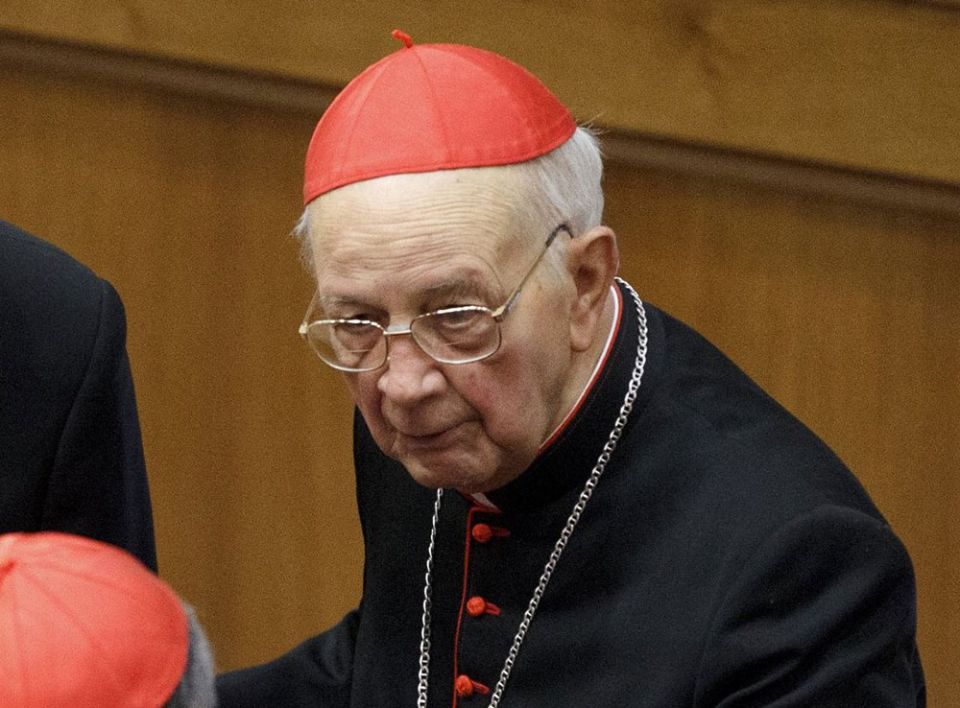 Vatican City — Spanish Cardinal Eduardo Martínez Somalo, the former "camerlengo" or chamberlain of the Holy Roman Church and former prefect of the Vatican congregation for religious, died Aug. 10 at his Vatican apartment. He was 94.

He was the camerlengo from April 1993 to April 2007, which gave him a very high profile after the death of St. John Paul II in 2005 and before the election of Pope Benedict XVI.

While a pope is alive, the job is basically just a title. But when a pope dies or resigns, the chamberlain is charged with sealing the papal apartments, chairing consultations about the papal funeral, making the practical preparations for the conclave to elect the next pope, and chairing a committee of cardinals taking care of the ordinary affairs of the church until a new pope is elected. 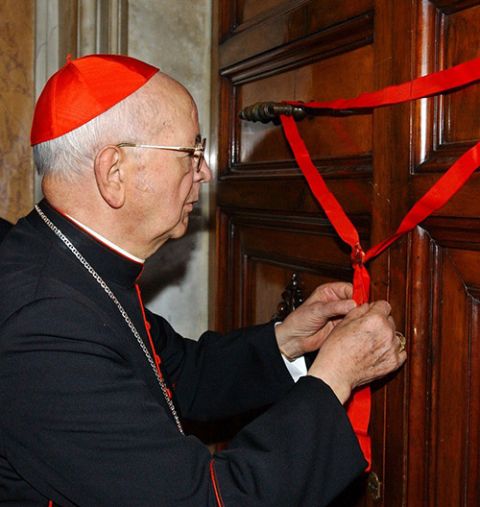 In addition to iconic photos of him sealing St. John Paul's apartment, Martínez will be remembered for the poignant procession that carried the late Polish pope's body from his apartment in the Apostolic Palace into St. Peter's Basilica.

The cardinal sprinkled the body with holy water while those assembled sang, "In the company of the saints I will go to the house of God."

He then said, "Dearest brothers and sisters, with great emotion we will accompany the mortal remains of the Roman Pontiff John Paul II into the Vatican basilica where he often exercised his ministry as bishop of the church in Rome and pastor of the universal church."

Born in Baños de Río Tobía March 31, 1927, he attended the diocesan seminary before being sent to Rome to earn a degree in canon law at the Pontifical Gregorian University.

Ordained to the priesthood in 1950, he returned to his diocese to do pastoral work in a parish but was soon sent back to Rome to study at the Pontifical Ecclesiastical Academy, the Vatican's training school for diplomats. He began working in the Vatican Secretariat of State in 1956 and, as head of the secretariat's Spanish section, he accompanied St. Paul VI to Colombia in 1968 for the International Eucharistic Congress.

In 1975, Paul VI named him an archbishop and nuncio to Colombia. But four years later, John Paul called him back to the secretariat of state where he served as sostituto or substitute, basically, the chief of staff, for nine years.

Martínez's death leaves the College of Cardinals with 219 members, 123 of whom are under the age of 80 and eligible to vote in a conclave to elect a new pope.

Pope Francis shakes up the College of Cardinals