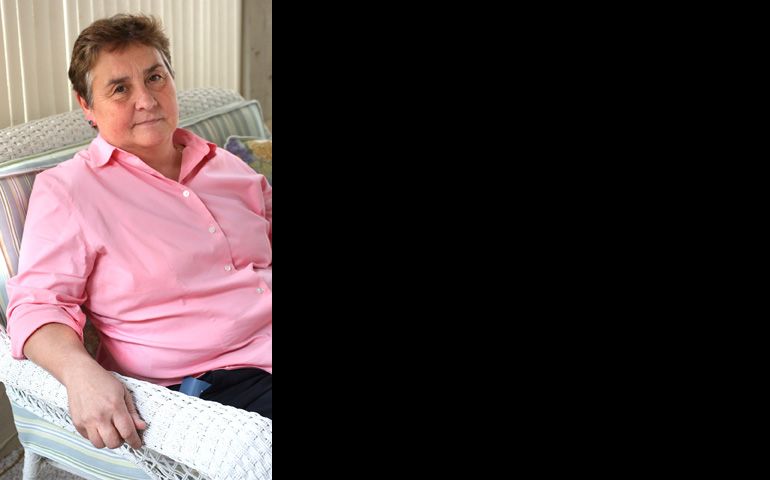 When Carla Hale's mother died in March, the 57-year-old didn't know the life transition would also involve the abrupt ending of a nearly two-decade career as a Catholic high school teacher.

Columbus, Ohio, Bishop Frederick Campbell dismissed Hale, a Methodist who had taught at Bishop Watterson High School for 19 years, after someone notified the diocese she had included the name of her female domestic partner, Julie, among the survivors in her mother's local newspaper obituary.

As other church officials have said in the cases of other Catholic teachers and parish workers who have faced similar firings in recent months, Campbell said in interviews that Hale was not fired because she is gay.

She was let go, the bishop said, because her "quasi-spousal relationship" violates church teachings, her contract and diocesan policy, the latter of which requires employees to follow general church tenets.

But how does a bishop or a church pastor or Catholic school board decide when employees aren't following church tenets? And how do they respond when they receive anonymous tips about an employee's supposed violations?

Mostly, they respond without any sort of official guidance or policy.

Even the official law of the church, contained in the seven books and 1,752 canons of the Code of Canon Law, has almost no mention of how to respond in such situations, said Fr. James Coriden, a canon lawyer who previously taught at the Washington Theological Union.

Bishops, pastors and school officials are left to decide on their own.

"Canon law doesn't have much really to do with it," Coriden said. "It's a fluid and murky situation."

Because of the lack of guidance, he said, church officials have to balance "two conflicting principles."

The first, he said, is "an assumption that anybody who's publicly living with another person, homosexual or heterosexual, is presumed to be having sex with them outside of wedlock." The second is, he said, is "that people who work for the church ... are virtuous people."

"Those two things are in tension," said Coriden, who in 2011 was the recipient of the Catholic Theological Society of America's John Courtney Murray Award.

"And the temptation is to resolve that tension by rule-making. By saying, 'If you're living with someone else, you're in sin. And sin is scandalous to the people, and therefore you can't work for us.' "

Others besides Hale who have reported receiving the rule-making treatment include Nick Johns, an organist at St. Brigid Catholic Church in Alpharetta, Ga. Johns said he was forced to resign in early May after the pastor became aware that his Facebook profile mentioned he was gay.

Even though he had made his Facebook profile private, Johns, who identifies himself as an agnostic, has said the pastor told him he was still in public dissension with church teachings.

Michael Naughton, a theologian and business ethicist at the University of St. Thomas in St. Paul, Minn., said the lack of guidelines on who can be hired and fired in church positions means there must be a "pastoral sensitivity" of balancing church doctrine and compassion.

While the church's position on same-sex marriage is "pretty clear," Naughton said, "you would hate to have the church start hiring private detectives to inquire into people's particular lives."

On the other hand, he said, "there is a kind of doctrinal integrity that the church needs to hold because if ... we're all kind of playing the winking game, that has its own particular set of problems."

Naughton cited how some bishops and archbishops responded to Catholics who publicly opposed diocesan attempts at desegregation in the 1960s. In New Orleans, for example, the late Archbishop Joseph Rummel excommunicated three lay Catholics in 1962, including the president of a prominent county, when they persisted in publicly opposing desegregation plans.

"If [employees'] behaviors are somewhat public, there's a certain scandal that occurs in terms of the unity of the church that [bishops] want," said Naughton, who is also the director of St. Thomas' John A. Ryan Institute for Catholic Social Thought.

Yet, for some, the niceties of pastoral and doctrinal balance have given way to what appears to be witch-hunting.

The Catholic school system in Eau Claire, Wis., had hired Timothy Nelson as president April 4 and he was to start July 1. However, Nelson said school system officials canceled his employment in late April after an anonymous tipster alleged that Nelson's father's obituary from two years ago listed a supposed same-sex partner for Timothy.

Nelson has said the person listed was not a partner, but a best friend and roommate with whom he does not have a sexual relationship.

Nelson said he received a phone call from the school system April 17 mentioning the matter. However, the system said in a statement in early May that it "denies that any assumptions, insinuations or speculation" played a role in its decision to rescind the offer to Nelson and that it "categorically denies that sexual orientation was a part in its decision."

Without strict universal church guidelines on the matter, Coriden said, fired church employees have little recourse for appeal on their decisions.

"Technically, you're supposed to be able to have recourse," Coriden said, referring to the process canon law provides for laypeople to appeal decisions made by their bishops to the Vatican's Congregation for the Clergy. "But effectively, you really don't have much."

"Ninety-nine times out of a 100, [the congregation] is going to back the bishop because of the same kinds of assumptions" about sexuality, he said.

"They only overturn a decision like that if [the bishop] has acted procedurally wrong," Coriden continued. "If [the bishop has] acted without prior notice, or against an explicit contract ... but not on substantive grounds."

Another noted canon lawyer, Fr. John Beal, said there's "not really a balancing act" for church officials. Even with 12 states allowing same-sex marriage and eight others recognizing same-sex civil unions, "it's not going to make a single bit of difference," said Beal, a professor of canon law at The Catholic University of America in Washington.

Even if the expanding of same-sex partnerships means fewer people will fit into categories of those who would be seen as supporting church teaching in their personal lives, he said, the church "would rather let the institution close for lack of applicants than change the policy."

From a global perspective, things might appear a bit different. In one case, an Austrian pastor attracted wide attention in April 2012 when he denied election of the leader of the parish's pastoral council because the man was in a same-sex partnership.

Vienna Cardinal Christoph Schönborn later upheld the election, and directed his archdiocese to look into reworking the rules for such councils.

Another bishop, Argentine Cardinal Jorge Bergoglio, now Pope Francis, has been on the record as supporting civil unions in order to protect the rights of same-sex couples on matters such as health benefits and inheritance.

In a realm of "murky" guidance from official quarters, after all, how to respond to such matters is up to the bishop -- for good or ill.

More U.S. Latinos shift and drift outside the Catholic church

Warrior: In the 'zone' as a transcendent experience