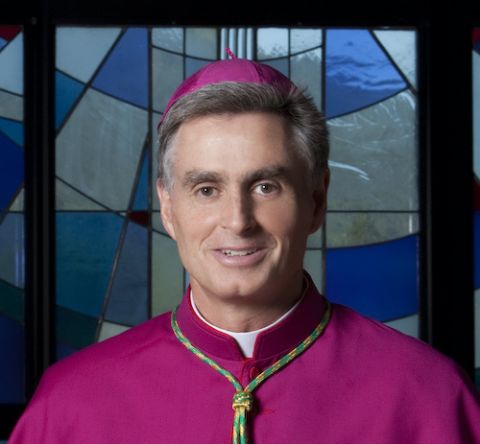 Bishop Thomas Daly of Spokane, Washington, released a statement July 5 criticizing a video on racism by Rob McCann, chief executive officer of Catholic Charities of Eastern Washington, saying it has left Catholics in the region "roiled."

In his June 19 video message, McCann highlighted church failures to address systemic racism and spoke on the complicity of white Catholics. He said recent protests in the wake of George Floyd's death and speaking to marginalized communities has "changed me in a way that's likely long overdue."

"I am a racist. How can I not be? As a white person living in America where every institution is geared to advantage people who look like me, it's seemingly impossible for me to be anything other than a racist," said McCann.

He acknowledged his various biases and the biases of white people, saying those biases support and feed into the "powerfully racist systems in our country."

"My Catholic Church, and my Catholic Charities organization, is racist," said McCann in the video. "How could they not be? Our Catholic faith tradition is built on the premise that a baby, born in a manger, in the Middle East, was a white baby. So how can we be surprised to know that we must still fight against racism?"

McCann said the Catholic Church in the U.S. has a long history of owning slaves, staying silent on those who owned slaves, running Indian schools and being part of the institutionalizing of racism.

He said that although Catholic Charities serves many people of color, they need to be better, and that they are "part of the problem."

Calling the death of Floyd and the subsequent protests a "watershed moment," McCann extended his support to the Black Lives Matter movement.

"Black lives have been marginalized for too long. And we at Catholic Charities have done a lot, but still have not done enough or said enough for too long," he said.

McCann's video garnered much attention after its release, with many criticizing it for the content.

Daly condemned McCann's video, saying his "blunt presentation" left many faithful Catholics disappointed and frustrated. Daly said he met McCann over the past weekend to discuss the issue.

"BLM is in conflict with church teaching regarding marriage, family and the sanctity of life. Moreover, it is disturbing that BLM has not vocally condemned the recent violence that has torn apart so many cities," said Daly.

After his meeting with Daly, McCann released a "clarification" on the Catholic Charities website. He said although his intentions were good, his message was perceived by many as an attack on the church. McCann said he and his family have faced attacks after the video was published. 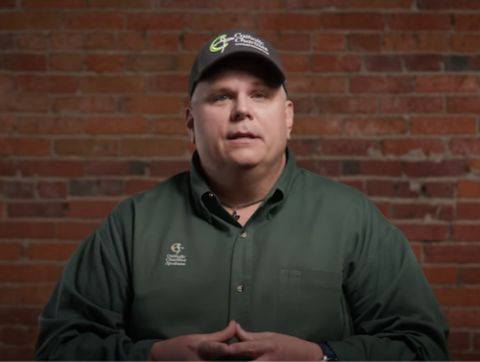 "I must also state that I have been horrified at the violent and hateful language directed towards Catholic Charities. There also has now been violence committed against my wife and children at my home," he said.

McCann said that his statement on the church and Catholic Charities being racist was meant to convey his own shortcomings.

"What I intended to convey is that my experience of my own flawed faith life and my experience inside human organizations lead me to know that there are areas of both known and unknown bias, as well as areas of historical missteps that should be acknowledged in order to be a positive force for change," he said in his clarifying statement.

Daly said that going forward, Catholic Charities will sponsor a series of speakers to address the subject of the church and race. All speakers will be approved by the bishop.

He said the organization will also address "the issue of abortion and its detrimental effects on the Black community. In places such as New York City, more Black babies are aborted each day than are born. As Catholics, we believe in the sanctity of life from conception to natural death."

Although Daly sits on the board of Catholic Charities, the organization is a distinct entity from the Diocese of Spokane.

McCann was appointed executive director of Catholic Charities in 2005. He is currently a board member and past chair of the U.S. Conference of Catholic Bishops' National Advisory Board.