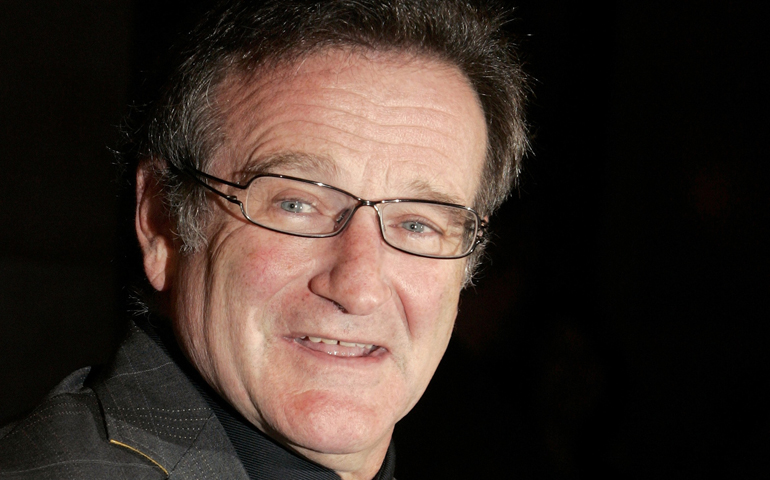 That a "universally beloved" entertainer such as Robin Williams could commit suicide "speaks to the power of psychiatric illness," mental health experts say.

Williams, who died Monday at age 63, had some of the risk factors for suicide: He was known to have bipolar disorder, depression and drug abuse problems, said Julie Cerel, a psychologist and board chair of the American Association of Suicidology.

People who are severely depressed can't see past their failures, even if they've been as successful as Williams.

"With depression, people just forget," said Cerel, who is also an associate professor at the University of Kentucky. "They get so consumed by the depression and by the feelings of not being worthy that they forget all the wonderful things in their lives."

They feel like a burden on their family and that the world would be better off without them.

"Having depression and being in a suicidal state twists reality. It doesn't matter if someone has a wife or is well-loved," Cerel said.

Williams was certainly beloved, as shown by the outpouring of grief and sympathy on social media outlets Tuesday night.

Ken Duckworth, medical director of the National Alliance on Mental Illness, agrees that the impact is "shocking" when it involves a "universally loved character" such as WIlliams.

Duckworth caught the news while watching TV with his children. "They all said, 'Nooo, not Robin Williams.' " It's hard to hear that successful people like Williams, who was a genius of comedy, could also have this vulnerability, Duckworth said. "You'd like to think they're immune from heartache and suffering of mental illness, and that isn't true.

"It speaks to the need for better treatments and the need for society to be more welcoming to people who have these conditions," he said.

About 90 percent of people who commit suicide have some kind of psychiatric illness that's typically untreated or undertreated, he said.

That someone as successful as Williams could kill himself shows that suicide is "not about objective markers of happiness and success," said Dost Ongur, an associate professor of psychiatry at Harvard Medical School and chief of the psychotic disorders division at McLean Hospital outside of Boston.

The deep psychic pain that drove Williams to suicide "must have been part of his experience all along," Ongur said. "It was part and parcel of his gregarious, funny, so intelligent, so special outward persona -- but on the inside it seems like it wasn't always happiness."

Williams was in a demographic that is particularly vulnerable to suicide, Ongur said.

White, middle-aged men with medical problems are at the highest risk, he said. It's not entirely clear why, but Ongur said "this idea of control and virility and being able to deal with the world in a certain way -- as that starts to slip away, there's often a sense of loss of control and threat to one's manhood, and that seems to be associated with higher rates of suicide."

Advocates for people with mental illness say they hope Williams' death will motivate more people to get help for depression and spur the nation to treat suicide as a public health crisis. Suicide claims more than 38,000 American lives each year -- more than the number killed by car accidents, according to the Centers for Disease Control and Prevention -- and the rate hasn't budged in decades, said Jeffrey Lieberman, professor and chairman of psychiatry at New York's Columbia University College of Physicians and Surgeons.

Williams could put a human face on a problem that often gets little attention, Lieberman said.  "He was such a charismatic and beloved figure, that if his death can galvanize our society to act instead of just grieve, it will be a fitting memorial to him."