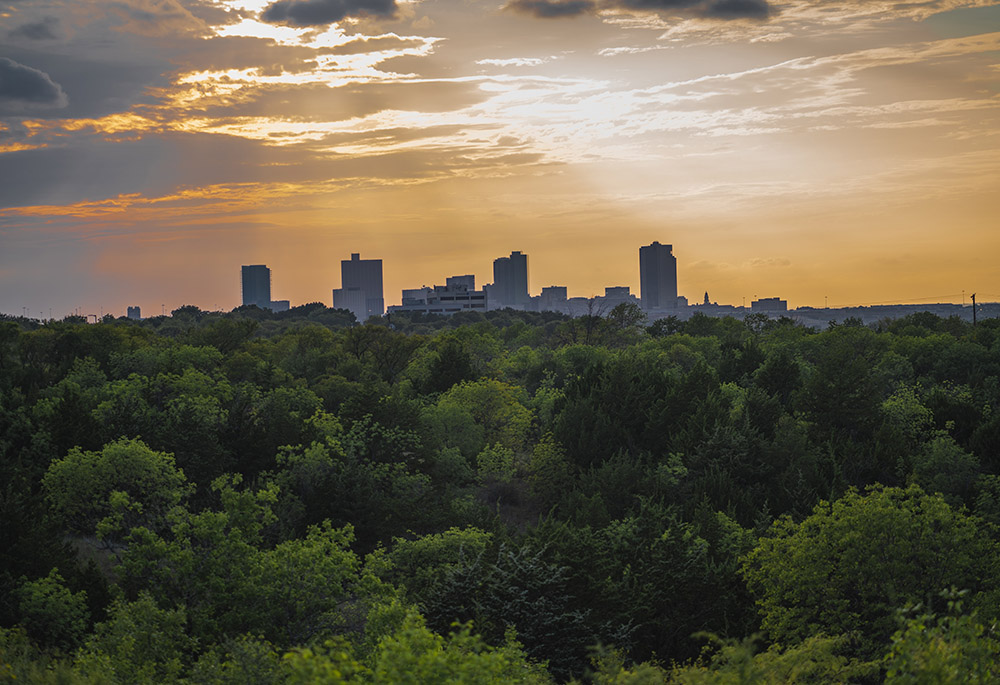 A view of downtown Fort Worth, Texas (Unsplash/J. Amill Santiago)

Catholic Charities Fort Worth in Texas said its women's summit would have aimed to "uplift and amplify the voices and power of women." Sheryl Adkins-Green, the chief marketing officer of Mary Kay, was slated to be the keynote speaker.

But a clash with the local Catholic bishop, who raised questions about the event's compatibility with Catholic social teaching, doomed the Women's Empow[her]ment Summit, which Catholic Charities Fort Worth had scheduled for April 28 in Hurst, Texas. 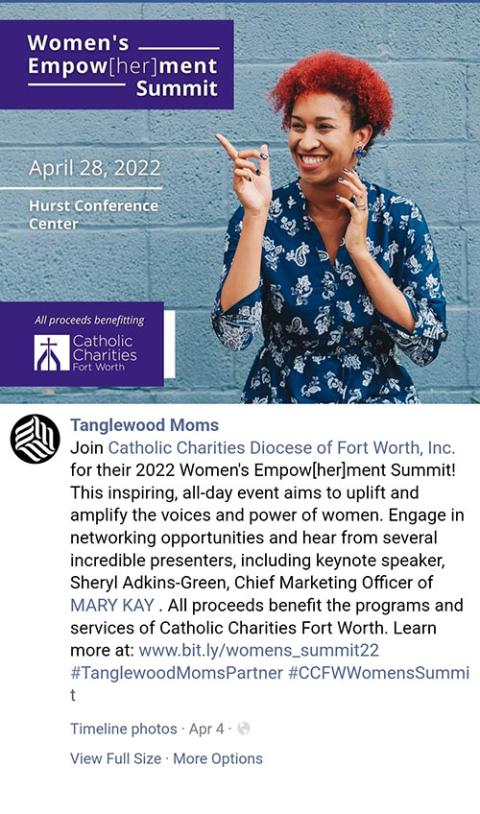 The agency ended up canceling the event. Beyond that, Fort Worth Bishop Michael Olson demanded that the chief executive officer of Catholic Charities Fort Worth, Christopher Plumlee, resign. After resisting the bishop's demand for weeks, Plumlee stepped down in late May.

"I think we were doing some incredible things," said Plumlee, who told NCR that he still believes his former employer is "an incredible agency with incredible people and a phenomenal mission."

"It's unfortunate that we're not going to be allowed the opportunity to do the work we were doing," said Plumlee, who declined to discuss the specific circumstances around his departure.

Olson turned down NCR's request for an interview through a diocesan spokesman, who provided a copy of a letter that the bishop sent to Plumlee. Dated April 4, Olson's letter accused Plumlee of "obstinate defiance" and refusing to recognize the bishop's responsibility to "teach the faith and to maintain the Catholic integrity" of the agency's mission.

In a letter that he wrote in response to Olson, the Fort Worth Star-Telegram reported, Plumlee said the women's summit did not clash with Catholic teaching and he asked for the bishop to reconsider. Plumlee told the Star-Telegram that an April 1 meeting with the bishop was filled with miscommunications.

"I am praying you will evaluate/assess all the irrefutably good things I have done over my tenure with CCFW and not base your final decision on one single, 30-minute meeting that was rife with confusion, miscommunication and misunderstandings," Plumlee wrote. 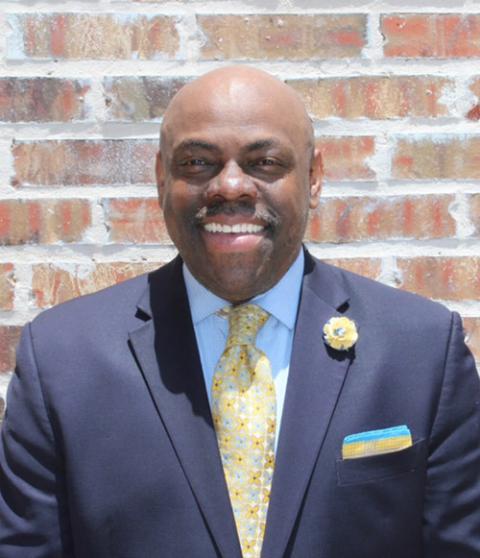 The letters present a picture in which Olson felt aggrieved, perceiving his authority to be challenged, while Plumlee tried to correct what he saw as a misunderstanding from a meeting that went "completely sideways," as he told the Star-Telegram in an earlier interview.

"It became apparent by your obstinacy and your vehemence that you were articulating positions that you very dearly hold and were willing to defend them despite their being at odds with Catholic teaching," wrote Olson, who accused Plumlee of not vetting the women's summit speakers with the diocesan Department of Evangelization and Catechesis.

The bishop also appeared to be offended on grounds that he had not been invited to speak at the women's summit because he was a man. But Plumlee's letter said that was not the case; he wrote that Olson's request to speak would have been accommodated "for however much time" the bishop deemed appropriate.

Olson, a prelate who has been outspoken in matters pertaining to sexual morality and secular culture, demanded Plumlee resign after accusing him of holding a position that "misrepresents Catholic teaching and is more strictly aligned with the principles of Diversity, Equity, and Inclusion espoused by postmodern theorists." 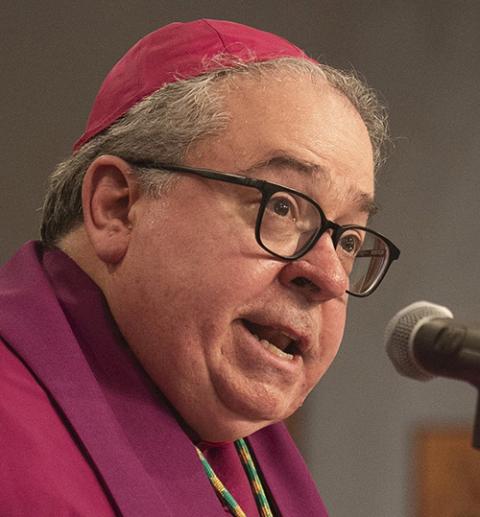 "These social principles and your action in alignment with them are most truly hostile to the principles of the Gospel of Jesus Christ and the authentic teaching of the Catholic Church and thus to the authentic mission of CCFW," Olson wrote.

Plumlee's letter to Olson indicates the now former executive believes the bishop ascribed inaccurate motives to him. Plumlee wrote he is "a very proud, cradle Catholic and have been my entire life" and that he takes his faith "very seriously."

Forcing him to resign would result in "yet another leadership change" that he suggested would "prove deleterious" to the agency, wrote Plumlee, who became the CEO of Catholic Charities Fort Worth in September 2021 after a nationwide search. He previously served as the chairman of the agency's board of directors.

In his brief tenure as CEO, Plumlee sought to widen the agency's engagement with the community. He began a "Lattes with Leaders" podcast where he interviewed thought leaders in the Fort Worth area.

Plumlee previously told the Fort Worth Star-Telegram that he and Olson initially had a cordial relationship. On Sept. 7, 2021, Olson tweeted that he was "very grateful" for Plumlee's arrival as Catholic Charities Fort Worth's president and CEO.

According to social media posts and information still available on Catholic Charities Fort Worth's website, the agency promised attendees that they would be able to engage in networking opportunities at the women's summit and hear from "several incredible presenters."

"We will celebrate women from across [Dallas-Fort Worth], highlight CCFW's anti-poverty efforts, and share tools and techniques to thrive in a professional career while maintaining a strong work/life balance," the agency wrote in a packet for prospective sponsors.

The women's summit, the agency also wrote, was aimed to "provide a space for fellowship, inspiration, and networking for women in our community, including women business owners."

In addition to Adkins-Greene, the chief marketing officer for Mary Kay, Jamie Crosbie, the founder and CEO of ProActivate, was also slated to speak, according to a post on her LinkedIn profile.

"It was going to be an amazing day of networking, fellowship and empowerment," Plumlee told NCR.

Catholic Charities Fort Worth has named Fr. Anthony Chandler, a priest from the Archdiocese of Louisville, Kentucky, as interim CEO while the agency looks for a permanent successor. Plumlee told NCR that he "loves the people dearly" who still work at the agency.

"It was a blessing to be in that [CEO's] chair, no matter how brief a time it was," Plumlee said.

A version of this story appeared in the July 22-Aug 4, 2022 print issue under the headline: Texas Catholic Charities CEO removed after planning women's summit.