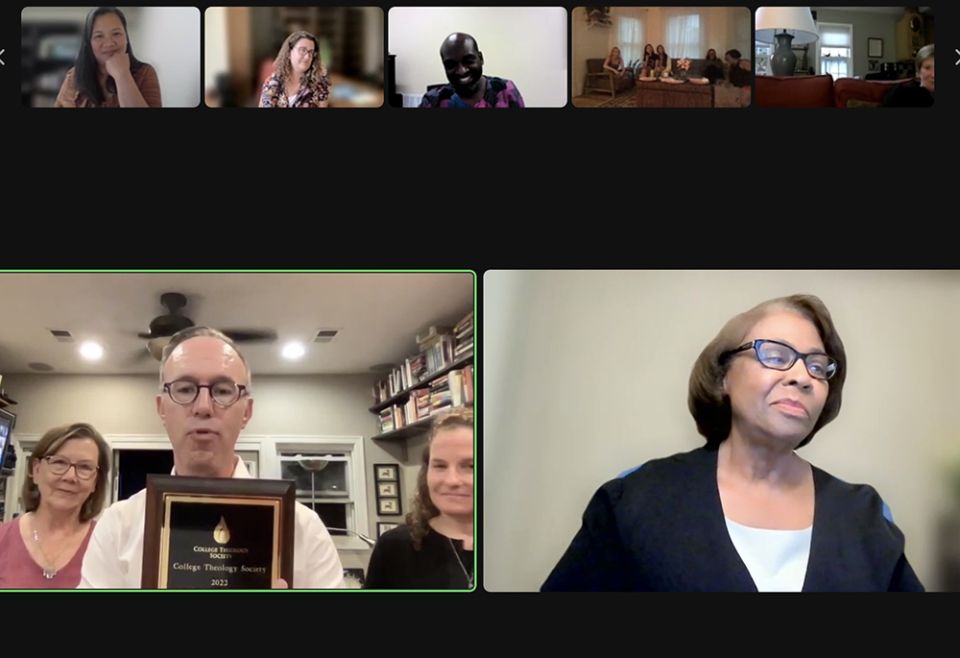 The College Theology Society, which met virtually from June 2-4 for a third year due to the continuing pandemic, took up the theme "Why We Can't Wait: Racism and the Church." The Catholic Theological Society of America, which met in person in Atlanta from June 9-12, focused on "Thinking Catholic Interreligiously."

The Catholic Theological Society of America gave its John Courtney Murray Award, its highest honor, to Daniel Finn, a professor at St. John's School of Theology and Seminary in Minnesota, who is known for his work on Christian economic ethics. With its presidential award, the College Theology Society instead honored Network, the Catholic social justice lobby group on Capitol Hill in Washington, D.C.

Announcing the award to Network, Brian Flanagan, the outgoing president of the theology society, said his group wanted to recognize the lobby for its "50 years advocating Catholic social justice through political ministry."

Flanagan, an associate professor of theology at Marymount University in Arlington, Virginia, said the theology society and the lobby group share a similar "Sister-Spirit."

"We both seek to put theology in action in the service of the churches and the world, we in our classrooms and scholarship, and they in the halls of government across the United States," he said.

Network, originally founded by a group of Catholic women religious in 1971, has played a significant role in many legislative efforts, including the passage of the Affordable Care Act in 2010. The group officially marked its 50th anniversary with a gala in April.

The Catholic Theological Society of America's citation for Finn's honor noted the professor's academic work over five decades and his roles as a "purveyor of patient and civil conversation, a resolute bridge builder and a skilled collaborator."

Among the plenary speakers at the College Theology Society's gathering on racism in the church were SimonMary Asese Aihiokhai, a Nigerian-born academic who has focused on issues of systemic racism; Shawnee Daniels-Sykes, a registered nurse who is considered the only Black Catholic health care ethicist in the U.S., and; Emilie Townes, an American Baptist clergywoman who is the first African American to serve as the dean of Vanderbilt University Divinity School.

Flanagan told NCR his group is hoping that their focus this year on racism in the church "will be a moment not of abstract reflection upon racism from a place of scholarly distance, but a transformative moment" for the entire organization.

He said the society hopes it "will increasingly become a space where issues of racism and white supremacy can be addressed courageously, frankly, and charitably, in service to our students, our colleagues, our churches, and our communities."

In her address to the group, Townes said religious organizations have often been "of little help" in calling structures in society to account for racist practices. She said religious groups are "far too quiet in our dissent, as a rule, preferring oftentimes to build enclaves of holiness." 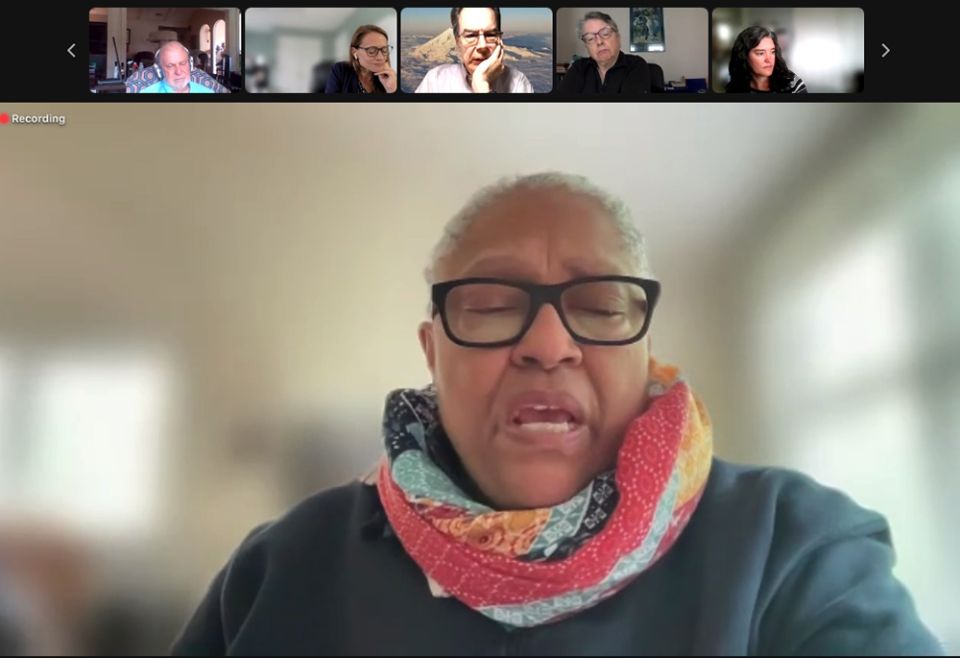 Emilie Townes, an American Baptist clergywoman who is the first African American to serve as the dean of Vanderbilt University Divinity School, addresses the College Theology Society virtually on June 3. (NCR screenshot)

Jesuit Fr. Francis Clooney, the theological society's incoming president, described the group's 2022 theme as "a chance for us to take into account the explicit and hidden presence of the religious other in our disciplines by way of ideas, practices and experiences, and to work together constructively in accentuating the interreligious dimensions of all we do."

Hussain told NCR that he did not read a formal talk for his presentation but more offered "a conversation about Muslims and Catholics."

"Two hundred years ago, you were us," Hussain said of how Catholics were historically treated in the U.S.

"If you read the anti-Catholic writings of the Know-Nothing Party, for example, it's the same arguments brought against Muslims today," said the theologian. "That we are foreigners, un-American, who bring to this country our strange religion, in a language other than English, with violence and 'homegrown hatred.' "

"We often forget this history, and sadly there is often anti-Muslim prejudice among Catholics," said Hussain.

A version of this story appeared in the July 8-21, 2022 print issue under the headline: Theological societies honor Network and economic ethics scholar .