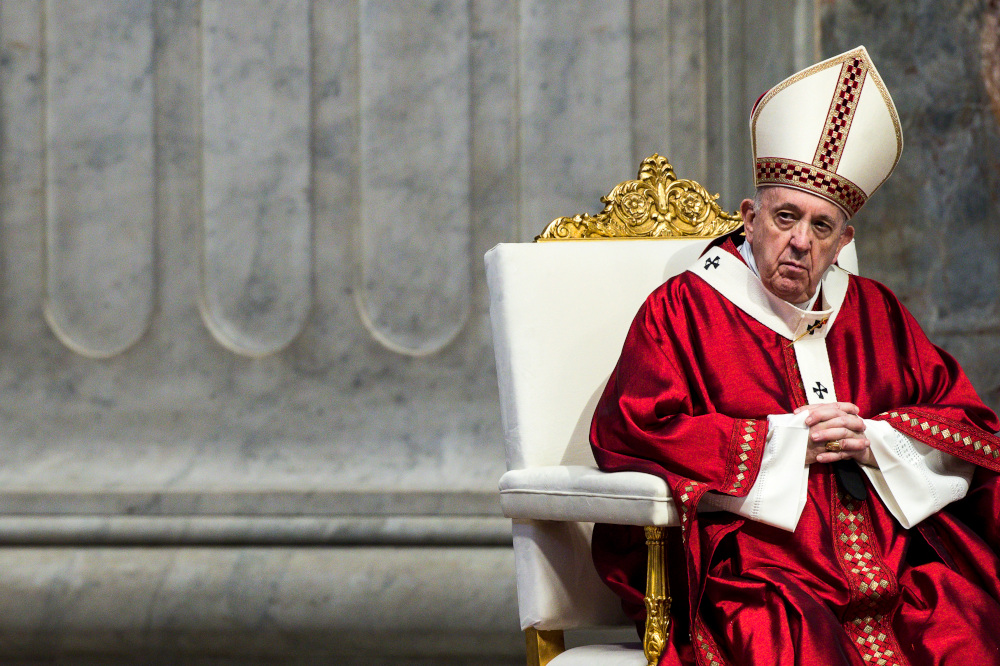 Pope Francis celebrates Mass during the Solemnity of Saints Peter and Paul, in St. Peter's Basilica at the Vatican, Monday, June 29, 2020. Francis also blessed the Pallia for the metropolitan archbishops appointed during the year. (AP/Angelo Carconi/Pool Photo)

The Vatican says Pope Francis has been informed about an appeal launched by a group of Catholics in Poland urging intervention into cases where bishops have continued to cover up for priests who sexually molest children.

The group "EnoughHarm" took out a full-page advertisement on Monday in Rome daily La Repubblica, addressed to the pope. It urged Francis to "repair our church" and heal the wounds of abuse victims.

"The lack of a decisive reaction by the church hierarchy to reports of reprehensible behavior by some bishops is cause for public scandal and harms the good of the church," the ad said. "It harms its unity, because it divides those who are concerned for the image of the institution and those who have the good of victims at heart."

Largely Roman Catholic Poland has become the latest country to face a reckoning of sexual abuse by priests and cover-up by their superiors. The scandal has hit particularly hard in Poland given the church's enormous authority and influence in all aspects of life and the pride of many Poles in their native son, St. John Paul II.

Two recent documentaries, however, have cast a spotlight on individual cases of abuse and how bishops ignored victims, discredited their claims and shuttled abusers around to protect them and the reputation of the church.

Just last week, Francis appointed a temporary commissioner to run the central diocese of Kalisz and sidelined its bishop, Edward Janiak, after he was placed under Vatican investigation following accusations in the most recent documentary that he covered up two cases of abuse.

And on Monday, the Vatican's office for clergy announced it had tasked the same Polish prelate who is conducting the preliminary investigation into Janiak, Poznan Archbishop Stanislaw Gadecki, to also conduct an investigation into the seminary in Kielce.

In a statement to The Associated Press, Vatican spokesman Matteo Bruni said Francis had been informed about the appeal in the Repubblica advertisement, which echoes an online petition issued in a variety of languages under the "EnoughHarm" group's Polish domain www.dosckrzywdy.pl

"The Holy Father was informed about the appeal and prays for those who sent it," Bruni said. "The church must do everything possible so that canonical norms are applied, that cases of abuse are brought to light and those guilty of the crimes are punished."

Francis last year updated the church's in-house canon law to also punish bishops who cover up for abusers, after the Vatican for decades turned a blind eye to local church leaders who failed to protect their flocks from predators. The norms contain detailed steps for investigating negligent bishops, as well as provisions to protect whistle-blowers who report them.

So far, a handful of bishops are known to be under investigation according to the new norms.