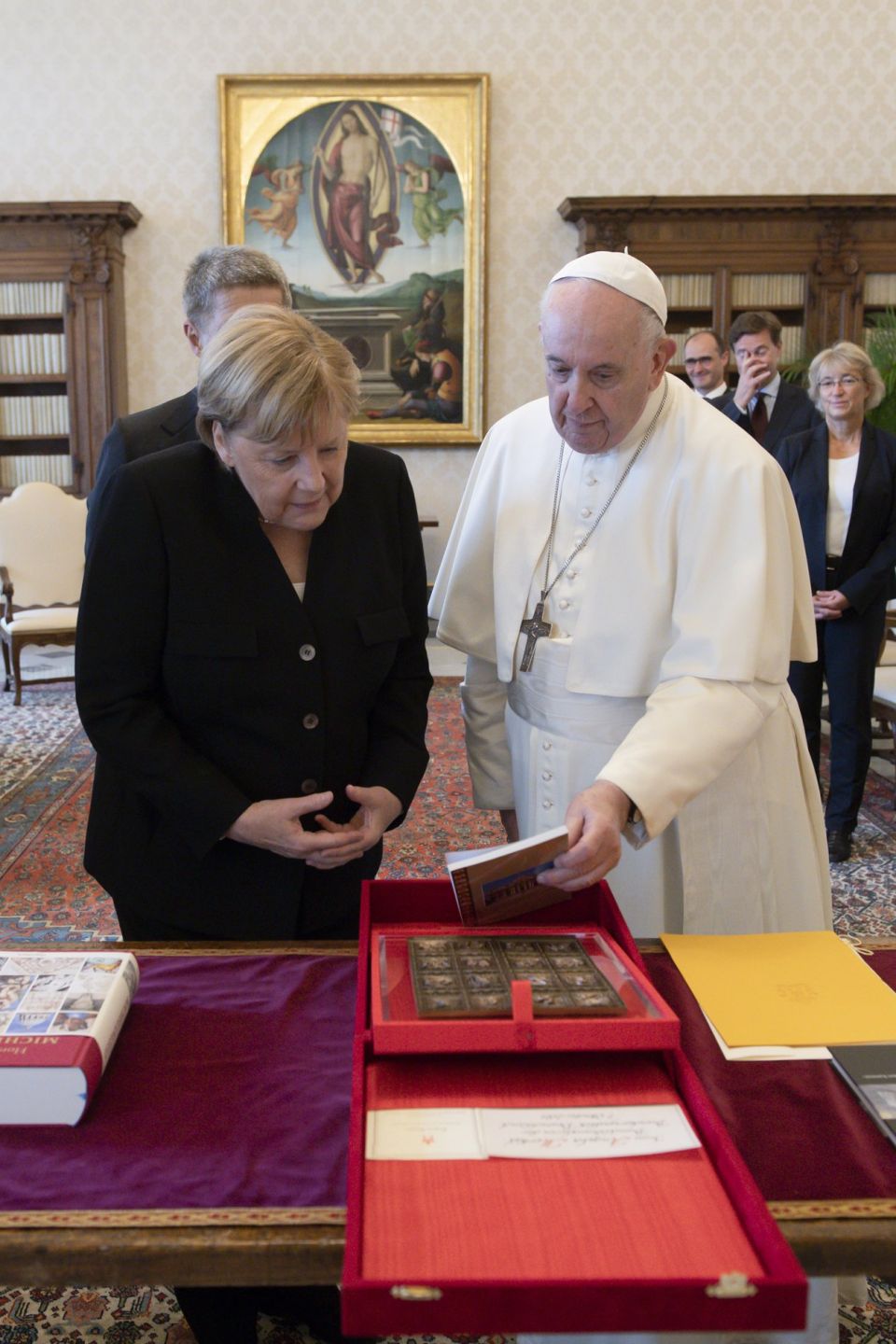 Vatican City — After meeting privately with Pope Francis, German Chancellor Angela Merkel told reporters that one of the issues they discussed was the importance of the church addressing the clerical sexual abuse scandal.

"The truth must come to light," she said after the meeting Oct. 7.

Merkel, who is preparing to leave office, said she told the pope that because of the diverse and important roles the Catholic Church plays in the world, it is essential that it maintain its credibility and that can happen only by confronting the abuse crisis head on.

Before going to the Vatican, the German leader paid a visit to the headquarters of the Pontifical Gregorian University's new Institute of Anthropology. German Jesuit Father Hans Zollner is director of the institute, which works to train people to be safeguarding officers in their local church or community and works to promote justice for survivors of abuse.

Formerly known as the Center for Child Protection, the new institute will continue that work but also broaden its research "to proactively and positively contribute to scientific reflection on human dignity and the care of vulnerable persons," the institute said.

At the Vatican, Merkel met privately with Pope Francis for about 45 minutes before meeting with Cardinal Pietro Parolin, Vatican secretary of state, and Archbishop Paul R. Gallagher, the Vatican foreign minister.

The Vatican said the conversations focused on "matters of mutual interest in the international and regional spheres, agreeing on the advisability of relaunching cooperation to address the multiple crises underway, with particular reference to the consequences of the health emergency and migration."

Merkel told reporters one of the main issues of mutual concern was climate change.

"Humanity's response to climate change requires a radical change in our way of living," she said, so Pope Francis' commitment to the issue is very important.