by Elana Schor, The Associated Press
Politics
This article appears in the Inauguration 2021 feature series. View the full series. 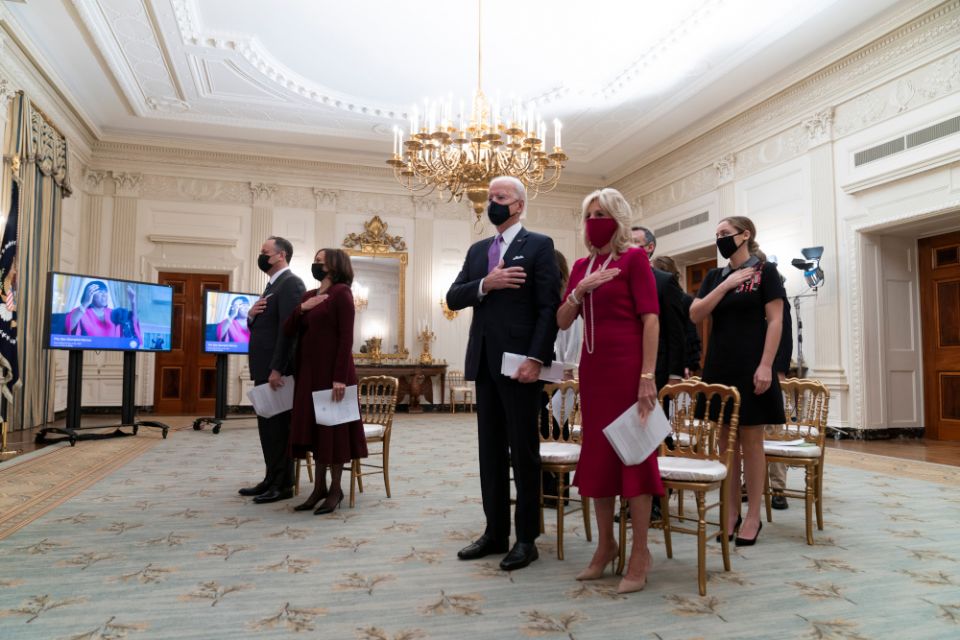 Washington — President Joe Biden and Vice President Kamala Harris heard from leaders from a wide array of religious traditions Jan. 21 in the National Prayer Service, a day after they were sworn into office to lead a sharply polarized country.

An inaugural tradition that went online in 2021 due to the coronavirus pandemic, the service involved faith leaders from backgrounds ranging from Episcopal to Catholic to Jewish to the Navajo Nation.

The Rev. William Barber II, a civil rights activist, delivered a homily that invoked the Bible's book of Isaiah in urging Biden and Harris to act as "repairers of the breach" and heal a divided nation.

"Whether we like it or not, we are in this mess together," Barber said. Before the breach can be repaired, he said, the nation must "repent of the policy sin" that has led to systemic inequality.

Barber also spoke to each about their personal backgrounds: In the president's case, living through childhood economic hardship and later the "broken heart" of losing family members; and for Harris, the first Black woman to occupy the vice presidency, experiencing the sting of racism.

Biden, Harris and family members watched the service on multiple TV screens in front of a fireplace in the White House's State Dining Room, standing as the national anthem was sung by Patti LaBelle.

Some of the leaders who spoke had campaigned on their behalf, including Sikh activist Valarie Kaur and Rabbi Sharon Brous of Los Angeles' IKAR congregation.

Several addressed the spiritual fallout from the Jan. 6 Capitol insurrection by supporters of President Donald Trump supporters. Brous called for "a new America that finally abolishes the heresy of white supremacy and enlists all of us in dismantling racism and lifting up a theology of radical equality."

Other speakers included the Rev. Rob Fisher, rector at Washington's St. John's Episcopal Church, where Trump brandished a Bible in a staged visit during racial injustice protests last summer; and the Rev. Mariann Budde, bishop of the capital's Episcopal diocese, who criticized Trump after protesters were forcibly cleared from the area for him to make the photo-op.

The lineup did not include any ordained representative of white evangelicals, who overwhelmingly backed Trump in the election, though Jen Hatmaker, a prominent evangelical author, took part. The conservative evangelical Christians who helped send Trump to the White House four years ago stuck by him in 2020. White evangelical voters made up 23% of the vote nationwide and overwhelmingly favored Trump this fall, with about 8 in 10 backing him, according to AP VoteCast.

Associated Press religion coverage receives support from the Lilly Endowment through The Conversation U.S. The AP is solely responsible for this content.