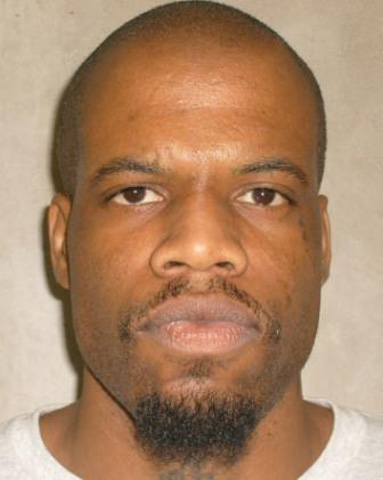 Death penalty opponents and lawyers for condemned prisoners said the botched execution of a convicted in killer in Oklahoma could have a far-reaching impact on death penalty states, potentially putting the brakes at least temporarily on further use of lethal injections.

Clayton Lockett, 38, struggled violently, groaned and writhed after lethal drugs were administered by Oklahoma officials Tuesday night, according to eyewitness accounts. State Corrections Director Robert Patton halted the execution, citing vein failure that may have prevented the deadly chemicals from reaching Lockett. He eventually died of a heart attack.

"We have to stop executions until there's been a full investigation, independent investigation and full transparency," said Madeline Cohen, the lawyer for Charles Warner, who was slated to be executed by Oklahoma shortly after Lockett's death. Warner received a temporary stay pending a state investigation into what went wrong.

Richard Dieter, executive director of the nonprofit Death Penalty Information Center, a clearinghouse for information and an opponent of executions, said Lockett's manner of death would add momentum to efforts to halt lethal injection until the process is better understood and there is more transparency to what states are trying to do.

"Somebody died because of the state's incompetency," Dieter said, adding that Louisiana, Kentucky and Ohio are considering similar protocols. "I think they're going to have second thoughts and those executions will be delayed."

Oklahoma Gov. Mary Fallin, just hours after the execution, ordered the Department of Corrections to review the state's execution procedures and determine what went wrong.

"There was some concern at that time that the drugs were not having that (desired) effect, and the doctor observed the line at that time and determined the line had blown," Patton said at a news conference afterward, referring to Lockett's vein rupturing.

Lockett, who was convicted of shooting 19-year-old Stephanie Neiman and watching two accomplices bury her alive in 1999, was pronounced dead in the execution chamber at 7:06 p.m.

The execution began at 6:23 p.m., and he was unconscious 10 minutes later.

Here's how The Oklahoman described the scene at the death house in McAlester:

Lockett grimaced and tensed his body several times over a three-minute period before the execution was shielded from the press. After being declared unconscious 10 minutes into the process, Lockett spoke at three separate moments. The first two were inaudible, however the third time he spoke, Lockett said the word "man."

The paper said officials closed the curtains 16 minutes into the execution.

Warner's execution had been set for 8 p.m. Tuesday. The 46-year-old was convicted of raping and killing his roommate's 11-month-old daughter in 1997. He has maintained his innocence.

Lockett and Warner had sued the state for refusing to disclose details about the execution drugs, including where Oklahoma obtained them.

The case, filed as a civil matter, placed Oklahoma's two highest courts at odds and prompted calls for the impeachment of state Supreme Court justices after the court last week issued a rare stay of execution. The high court later dissolved its stay and dismissed the inmates' claim that they were entitled to know the source of the drugs.