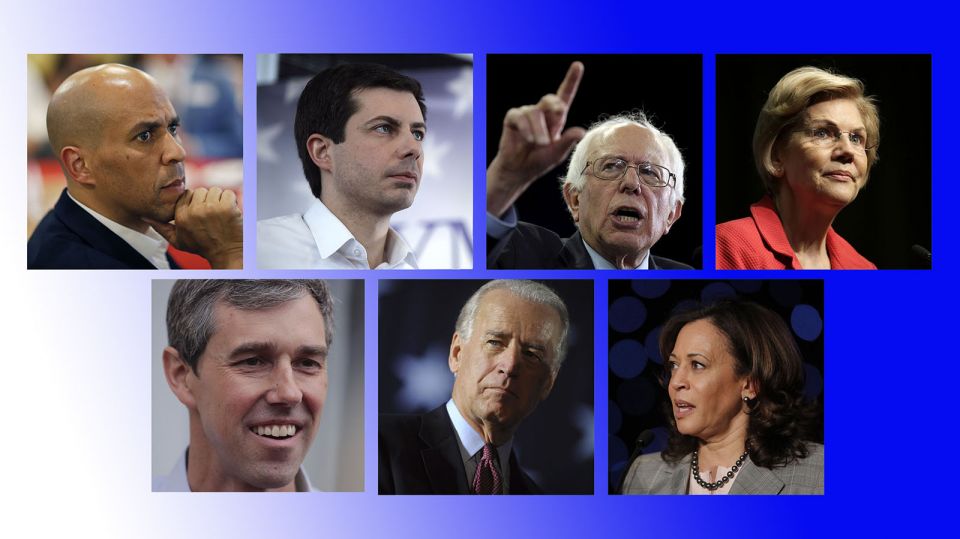 Several of the many 2020 Democratic presidential candidates (AP)

Years after Hillary Clinton's 2016 campaign was criticized for what some argue was lackluster outreach to faith groups, the Democratic Party has hired a new religious outreach director and launched a round of listening sessions with faith leaders in the lead-up to the 2020 election.

"We take seriously the relationships that we have with faith communities around this country," said the Rev. Derrick Harkins, a senior vice president at Union Seminary in New York, who will oversee faith outreach for the party. Formerly a pastor in Washington, D.C., he held a similar position with the party in 2012.

Party leaders signaled their seriousness by appearing at two DNC roundtable discussions convened with faith leaders this month shortly after Harkins was hired. At the first, party CEO Seema Nanda met in Washington with leaders associated with the Union of Affirming Christians, a pro-LGBTQ group affiliated with Union Seminary. At the second, representatives of Islam, Sikhism, Coptic Christianity, the Church of Jesus Christ of Latter-day Saints and other faiths dialogued with Democratic Party chairman Tom Perez in New York.

"It wasn't a token thing. It was serious listening and respect," said Paul Raushenbush, a senior vice president at Auburn Seminary who attended the gathering. He added that Perez brought several DNC staffers with him in addition to Harkins. (Raushenbush also serves on the board of advisers to Religion News Service.)

Another attendee in New York, Debbie Almontaser of the Bridging Cultures Group, said the gathering opened with leaders offering their feedback directly to Perez.

Almontaser, a Muslim, drew attention to what she described as recent attacks by politicians and media outlets on Muslim American members of Congress such as Reps. Ilhan Omar and Rashida Tlaib because of their faith. Almontaser argued the DNC — and "specifically the leadership of the party" — should do more to defend them from such attacks.

"The party really needs to speak up and call out the racism and bigotry … that there is no room for intolerance and racism and Islamophobia," Almontaser said she told Perez and others in the room. "We need to lead by example and not tolerate such attacks on members of the party."

According to Almontaser, Perez did not respond to her or the other faith leaders and advocates — including RNS columnist Simran Jeet Singh, who is Sikh — directly but offered a response after they finished, saying party officials would continue "engaging with faith leaders and work to create a safe space" for diverse religious voices.

Perez and the other DNC staffers suggested to the group that their renewed interest in faith outreach was informed by Alabama Sen. Doug Jones' victory over Republican Roy Moore in 2017. Some attribute Jones' win in part to a surge of votes from religious African Americans in the state, especially churchgoing women.

Raushenbush said that the room responded well to Perez and DNC officials but that religious leaders were clear about their boundaries.

"We're not going to be co-opted by any political party," he said, "but we do recognize that elections have consequences for the morality and the values that we held dear."

"You're not going to get too many more people with (Harkins') breadth of experience," he said.

But Wear, one of the most vocal critics of the Clinton's 2016 religious outreach efforts, argued that the true test of Democrats' dedication to faith outreach will come from the campaign of the eventual nominee, not the party.

"At this stage Democratic faith efforts look for me more promising than they did in 2016," he said, noting that Harkins' hire comes more than a year before the election. "But if it plateaus here, it won't reach its potential." 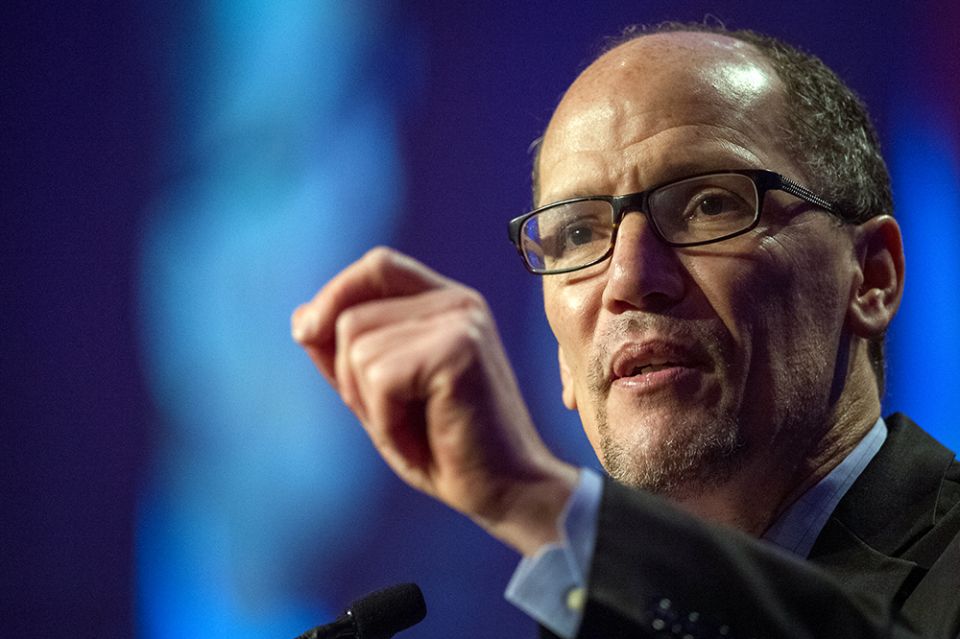 Both Buttigieg and Sen. Cory Booker are currently hiring faith outreach positions for their respective campaigns.

Other candidates such as former Secretary of Housing and Urban Development Julián Castro, Sen. Kirstin Gillibrand and author Marianne Williamson have also spoken about faith on the campaign trail, and nine candidates recently attended a forum hosted by the clergy-led Poor People's Campaign.

The party's renewed attention to faith occurs even as Democratic voters increasingly distance themselves from religion. Although most Democrats still say they believe in God, the largest section of the party now belongs to those who claim no religious affiliation.

But Harkins insisted that claiming no religion isn't the same thing as being anti-religion.

"The idea that there's some antipathy within any quarters of the Democratic Party around faith — I just don't see that to be true," he said.

Meanwhile, progressive faith-based activists continue to be a driving force behind various liberal movements, and belief in God remains high among nonwhite Democrats compared with white Democrats, according to Pew Research.

"There is a lot of amazing energy and organizing and activism that's happening within religious communities," Raushenbush said. "I think religious communities are not interested in being taken for granted or co-opted, but they do want candidates who reflect their values."