In first, VP Biden to speak at Vatican event on regenerative medicine 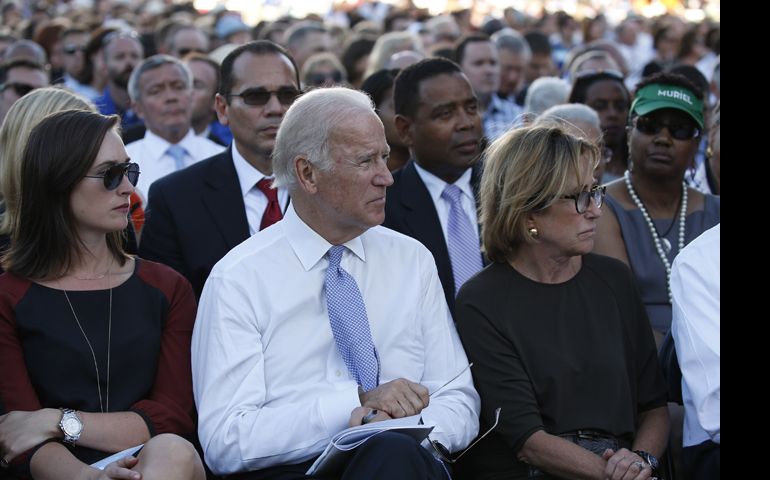 U.S. Vice President Joe Biden attends the Mass and canonization celebrated by Pope Francis at the Basilica of the National Shrine of the Immaculate Conception in Washington Sept. 23, 2015. (CNS/Paul Haring)

Rome — U.S. Vice President Joseph Biden is scheduled to speak at the Vatican for a conference on regenerative medicine at the end of April, in what appears to be a first for such a high-ranking American government official.

Biden, who President Barack Obama has tasked with leading a new federal "Moonshot" initiative to eliminate cancer, is set to speak April 29 at an event co-hosted at the Vatican by a U.S. nonprofit organization working on advancing cell therapies and by the Pontifical Council for Culture.

News of Biden's involvement at the event comes as U.S. Democratic presidential hopeful Bernie Sanders is set to travel to the Vatican Friday to address an earlier event at the Pontifical Academy of the Sciences.

But unlike Sanders' address, which was announced just a week before his event and is hosted by an academy not formally run by the Vatican, Biden's address has been scheduled for weeks and comes under the aegis of a major Vatican office.

The vice president is scheduled to speak for about thirty minutes on the second day of the late April conference, right before participants are expected to meet in a private audience with Pope Francis.

It is unknown if Biden will have a private meeting with the pontiff, but as a sitting governmental official it is likely that he will either meet Francis or Vatican Secretary of State Cardinal Pietro Parolin.

A number of other famous Americans are also participating at the Vatican event, including: Robin Roberts, anchor of "Good Morning America"; Katie Couric, global news anchor at Yahoo News; Sanjay Gupta, a medical doctor and CNN correspondent; and Tommy Thompson, former Wisconsin governor and former head of the federal Department of Health and Human Services.

Church officials set to speak include: Parolin; Cardinal Gianfranco Ravasi, the head of the culture council; and Cardinal Tarcisio Bertone, a former Vatican Secretary of State.

April's event will be the third such conference hosted by the culture council and the Stem for Life Foundation. Organizers say this year's event is focusing particularly on pediatric cancers and rare genetic diseases.

"We will unite people of all races, religious beliefs, cultural and economic backgrounds in a global conversation about the healing potential of cell therapy and the importance of delivering approved therapies to people suffering with debilitating medical conditions around the world," they state in organizing materials.

Politics | In first, VP Biden to speak at Vatican event on regenerative medicine

Court: The next step for Central American minors living illegally in the US

The two sides of Pope Francis