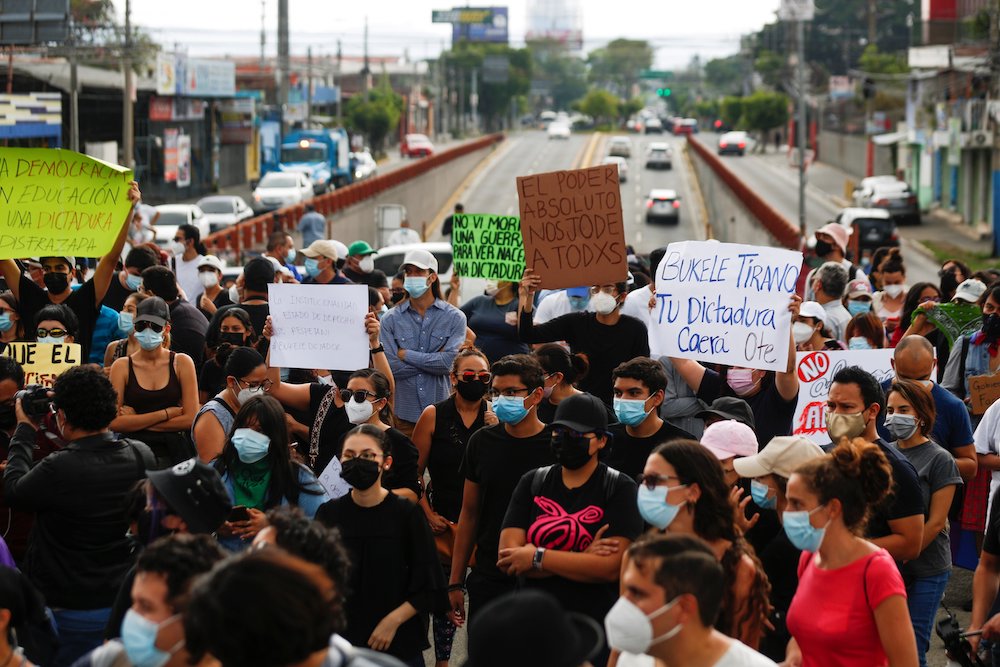 Within hours of taking over the reins of the legislative assembly, lawmakers aligned with Salvadoran President Nayib Bukele voted May 1 to get rid of five of the country's top judges as well as the country's attorney general, who is said to be investigating wrongdoing at the top levels of government.

"I am disturbed and angered by President Bukele's new National Assembly majority voting to remove all judges of the Constitutional Chamber," said U.S. Rep. Jim McGovern, D-Mass., said in a tweet. "Let us be clear: this is not democracy, this is the destruction of an independent judiciary and the rule of law."

"The removal of constitutional court judges by Pres. Bukele and his allies is an abuse of power, an illegal act of vengeance, and a giant leap toward authoritarianism," he tweeted May 1. "If he doesn't reverse course, the U.S. Govt should take immediate steps to downgrade relations with his government."

In a Twitter frenzy after the events had been televised on state-run TV and via Facebook, the Salvadoran president retweeted video images of the newly appointed judges and a new attorney general being escorted by national police into their offices late on a rainy night. And in a phrase reminiscent of former U.S. President Donald Trump, he tweeted "FIRED" after the assembly announced the dismissal.

The dismissed judges had opposed strict measures the president had tried to institute in early pandemic lockdowns in the country. Digital news outlet El Faro has said Raúl Melara, the dismissed attorney general, was investigating corruption involving two of the government's top officials.

By removing the judges, Bukele, in essence, has absolute power over the three branches of government since elections Feb. 28 gave New Ideas, the party he helped found, a majority of seats in the national legislative assembly.

In a readout, the State Department said U.S. Secretary of State Antony J. Blinken, in a May 2 call with Bukele, expressed "grave concern" over the firing of the judges and "equal concern regarding the removal of Attorney General Raúl Melara, who is fighting corruption and impunity and is an effective partner of efforts to combat crime in both the United States and El Salvador."

It was a sentiment expressed late May 2 by Vice President Kamala Harris, whom Biden has designated as the point person on immigration issues.

"An independent judiciary is critical to a healthy democracy — and to a strong economy," the vice president tweeted. 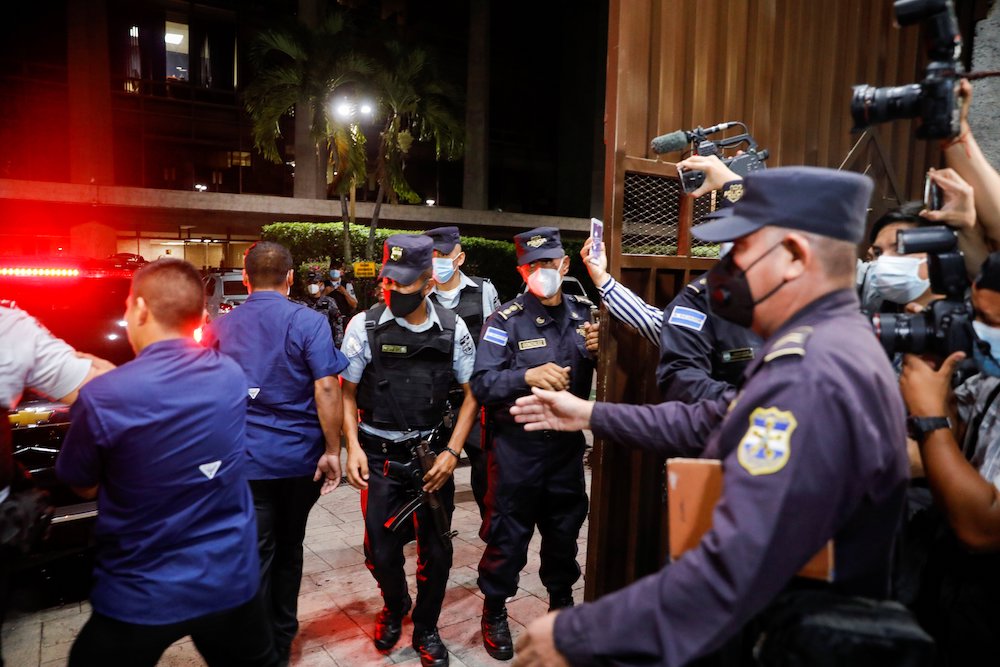 In a May 1 statement, José Simeón Cañas Central American University, run by the Jesuits, joined the voices of protest, saying the dismissal was an action aimed at destroying the independence of the branches of government "typical of a democracy." Some suspect Bukele is seeking to alter the constitution so he can run again, since the country only allows a five-year term for a president.

"In this dark hour for our already weak democracy, the UCA calls for a civic defense of what it took, with much effort and lives, to build after the end of the war: a society where saying 'no' to power is not a chimera," something hoped or wished for but impossible, the university said in the statement.

In early April, the U.S. government announced it had donated $2 million to the International Commission Against Impunity in El Salvador, jointly created by the government of El Salvador and the Organization of American States with a mandate "to collaborate and cooperate with national institutions responsible for preventing and prosecuting corruption cases in El Salvador."

Part of the Biden administration strategy to stem migration from the so-called Northern Triangle countries — El Salvador, Guatemala and Honduras — where the bulk of migrants to the U.S. come from — involves fighting government corruption. But Biden administration officials have had a lukewarm relationship with Bukele, and yet it seems as if the U.S. is the only check on his power.

When Bukele sent armed soldiers into the legislative assembly Feb. 9, 2020, seeking to strong-arm lawmakers into approving a $109 million loan they had opposed, Jesuit Fr. José María Tojeira, director of the human rights institute at Central American University, said it was "in fact the American Embassy that stopped the coup" that was about to take place.

It's hard to say how the Salvadoran president will respond to U.S. officials with whom he's had less-than-friendly encounters.

The Associated Press reported that just before El Salvador's legislative elections in February, Biden administration officials turned down an impromptu request by Bukele to meet while he was in Washington. It's an account the Salvadoran president has repeatedly denied, saying he was just visiting the city with his wife and daughter and was not on official business.

When a U.S. senior diplomat in charge of the Northern Triangle visited El Salvador in early April, Bukele refused to meet with him.