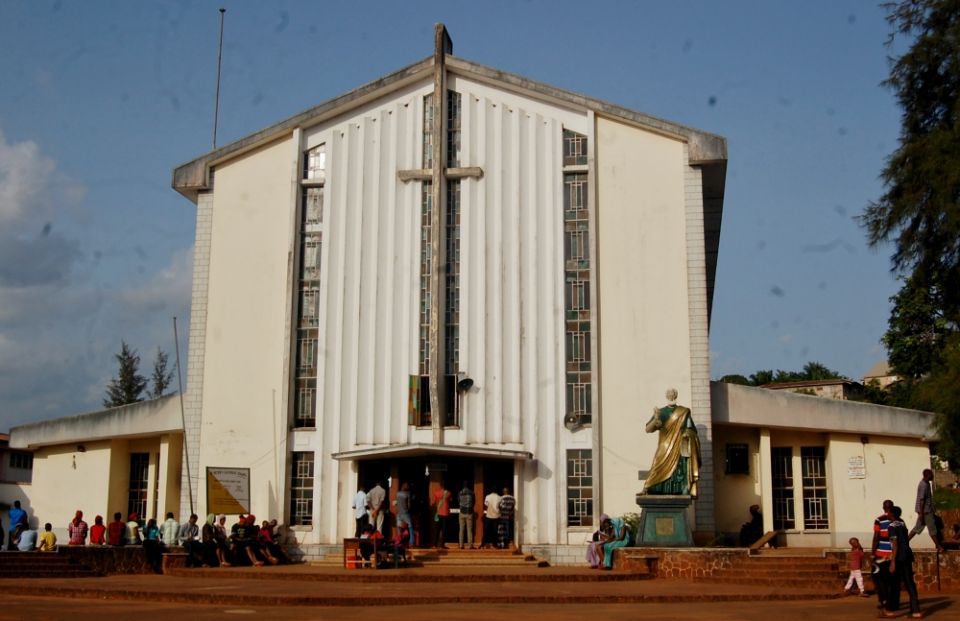 Lagos, Nigeria — As Nigerians prepare to vote in next year's presidential, gubernatorial and parliamentary elections, the country's Catholic leaders have urged parishioners to register for voter cards and actively participate in the elections.

Since Nigeria returned to democratic rule in 1999, the West African country with a population of 190 million has had a record of violent elections, ballot snatching and low voter turnout. Voters' apathy marred the 2015 Nigerian election, seen as free, fair and credible. A report published by Nigeria's electoral body, the Independent National Electoral Commission, said 44 percent of 70 million eligible voters went to the polls in the 2015 elections.

In a bid to stave off voters' apathy in next year's election, Catholic leaders have deployed a proactive approach to address this mentality, one that has been spurred by long years of bad governance. Through homilies, pastoral letters, exhortations and parish announcements on voters' civic duty, church leaders have made voters' education a priority.

In local parishes across Nigeria, priests and religious are encouraging Catholics to get voter cards and participate in the February 2019 poll.

"From the pastors' desk, we encourage all parishioners who desire change to begin the process by obtaining their voter's card. We must vote to create the kind of change we desire," said a February 2018 parish announcement at St. Dominic Catholic Church in Yaba, Lagos.

The Nigerian bishops, at their plenary held in February, said the 2019 election offers Nigerians an opportunity to elect their leaders for the next four years.

"Another election is fast approaching. We must seize this God-given opportunity to radically change things around. We should no longer allow politics to remain business as usual in the hands of the same gang of speculators and opportunists," said Cardinal John Onaiyekan of Abuja.

A section of Nigeria religious leaders mostly priests and a bishop in a procession in Lagos Nigeria crop.jpg 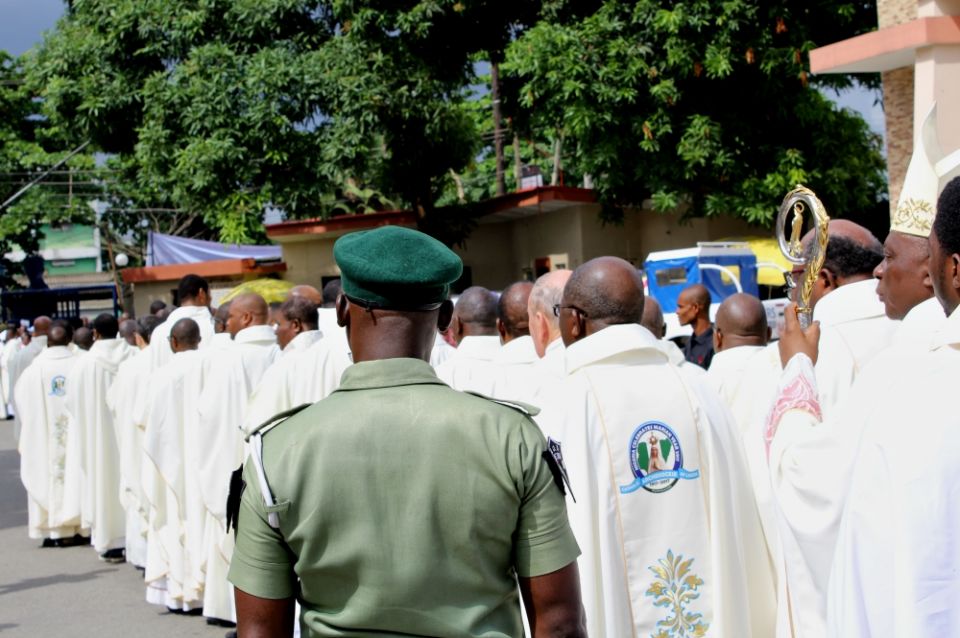 Clergy take part in a procession at St. Leo's Catholic Church in Lagos, Nigeria, in May. (Festus Iyorah)

The call to get Catholics to participate actively in next year's elections came on the heels of criticism of Nigeria President Muhammadu Buhari, who was elected in 2015 with the promise of change.

Buhari, a former head of state during Nigeria's military regime, came into power after three attempts at the presidency. He promised to create 3 million jobs every year, revalue Nigeria's currency, fix electric power supply, lower the cost of fuel, and bolster national security. Buhari has not fulfilled half of these promises, according to critics and research agencies. He has himself conceded that he has yet to fulfill all of them.

National security, of upmost concern to many Nigerians, has not improved. Many Nigerians have lost their lives as a result of the Boko Haram insurgency in the northeast region. A new security threat between pastoralists and local farmers in Benue state has resulted in the death of many Catholics, including priests.

This summer, the Nigerian bishops organized a national peaceful demonstration and requiem Mass over the insecurity of lives and property.

In a statement issued in April in the wake of the murder of Catholics and priests across northern Nigerian, they expressed their disappointment: "It is clear to the nation that [Buhari] has failed in his primary duty of protecting the lives of Nigerian citizens. Whether this failure is due to the inability to perform or lack of political will, it is time for him to choose the part of honor and consider stepping aside to save the nation from total collapse."

In February 2019, Buhari will contest the presidency against Atiku Abubakar, a former vice president whose party, the People's Democratic Party, lost to Buhari's All Progressives Congress in the 2015 election. While Abubakar, who had defected to the opposition People's Democratic Party from the ruling All Progressives Congress, has embarked on a campaign to again fix Nigeria, bishops have warned Nigerians to choose wisely.

"Despite the deception and defections [of Nigerian politicians], Nigerian voters must be wise enough to show some of our politicians who may have so much to hide that they can run but they cannot hide," the Nigerian bishops said in a statement released at the conclusion of their September plenary meeting.

Priest, six others killed by armed gunmen at Nigerian parish

Brutal attacks against clergy in Nigeria cause fear among Catholics