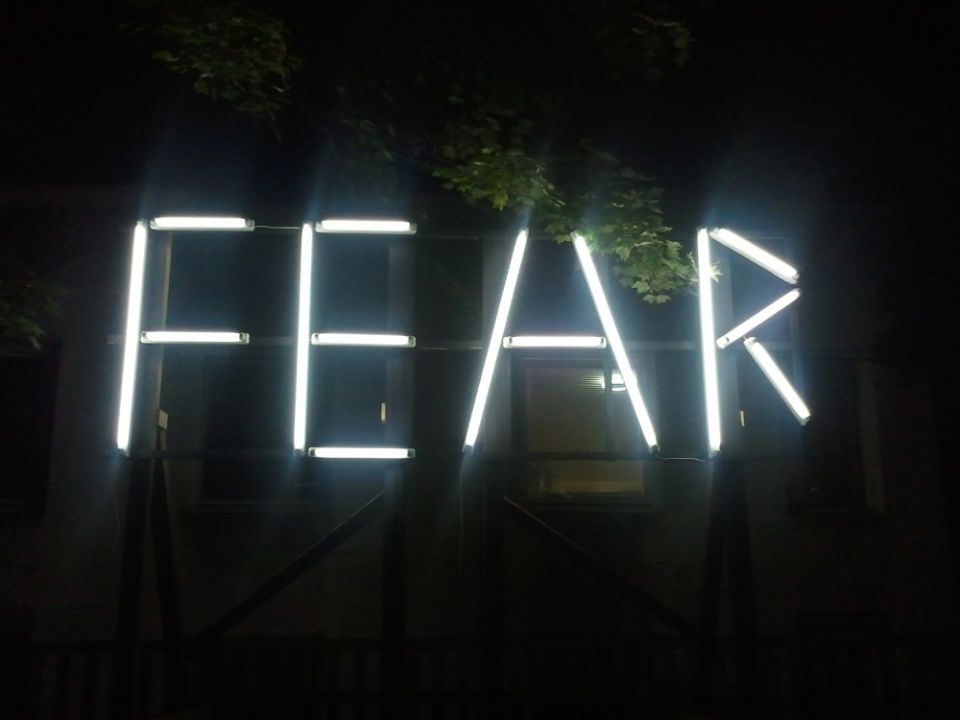 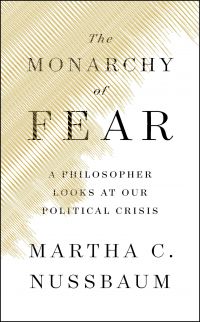 THE MONARCHY OF FEAR: A PHILOSOPHER LOOKS AT OUR POLITICAL CRISIS
By Martha C. Nussbaum
272 pages; Published by Simon and Schuster
$25.99

As an undergraduate at St. Louis University in the 1960s, I took an ethics course. The required textbook was Vernon J. Bourke's Ethics: A Textbook in Moral Philosophy, based on the thought of St. Thomas Aquinas. Among other things, Bourke discusses Aquinas' accounts of the four cardinal virtues (temperance, courage/fortitude, justice and prudence) and of the seven deadly sins — two of which are envy and anger/wrath.

According to Bourke, Aquinas sees the deadly sin of envy as the habit of feeling that another person is possessed of more good or excellence than oneself, but without having any intention of seeking vengeance or injuring that person. Aquinas sees the deadly sin of anger/wrath as the habit of feeling envy when accompanied by the inclination to seek vengeance — payback, big time. Think of the wrath of Achilles in the Iliad.

As the title of the book suggests, Nussbaum's primary focus is on fear. She discussed disgust in Hiding from Humanity: Disgust, Shame, and the Law (2004) and anger in Anger and Forgiveness: Resentment, Generosity, Justice (2016). Love is an important theme in her new book, as it was in her 2013 book Political Emotions: Why Love Matters for Justice.

The Canadian philosopher and theologian Jesuit Fr. Bernard Lonergan says that feelings reveal values. Similarly, Nussbaum characterizes "the intelligence of emotions" (the subtitle of her Upheavals of Thought) — an intelligence, I would say, that requires us to attend carefully to them in the practice of discernment of spirits that are moving us.

In the preface, Nussbaum frankly delineates her WASP background and conversion to Judaism, and then she weaves in autobiographical reflections about her life and upbringing in various places throughout her book. She incisively criticizes her father.

As the subtitle suggests, Nussbaum sees herself primarily as a philosopher engaging in political philosophy. However, as a convert to Judaism, she is deeply concerned about social justice. Nevertheless, her new book is not a jeremiad, but a further contribution to political philosophy. She explicitly states, "This is not a book of detailed public policy."

The common denominator of critiques advanced by the right and the left (for example, Vermont Sen. Bernie Sanders) targeted so-called "elites" in both the Republican Party and the Democratic Party, respectively.

Philosophers sometimes show contempt for religion and religious people. That is one reason why they have little public influence in our nation, a deeply religious nation. Our fellow citizens are not stupid or base to embrace religion. We must wish, and this seems as likely as anything good is likely, that each person who embraces religion will find there the ingredients of a hope that is inclusive and loving, rather than divisive and retributive. Philosophy by itself shows how we can respect our enemies; it does not show us how to love them. For that we need the arts, and many need religion.

The political crisis that she addresses involves Donald Trump and Trump voters on the one hand and, on the other, catastrophizing liberals and progressives who see Trump and his administration in apocalyptic terms — in short, as the end times envisioned in the Book of Revelation.

It strikes me that the non-college-educated white voters who voted for Trump are not likely to read Nussbaum's book. However, I suspect that many college-educated people are not familiar enough with Aeschylus' trilogy of plays known collectively as the Oresteia to benefit from her discussion of the last play in the trilogy. Fortunately, Nussbaum finds analogous points in the thought of the Rev. Martin Luther King Jr.

Now, in my estimate, the tendency that Nussbaum refers to as "the 'othering' of outsider groups" is best accounted for by Carl Jung's account of projections onto others involving "shadow" material in our psyches. Over and over, Jung alerted us to the potential dangers of this projecting — the process that Nussbaum refers to as "othering." Nussbaum does not mention Jung, but she does use the term "projective disgust," calling it "a denial of love and faith."

Nussbaum is not just criticizing the political right for "demonizing" certain groups. She also criticizes certain people on the political left for "demonizing" bankers and rich people. She says, "On the left, many have-nots envy the power of bankers, of big business, and of political insiders who support those interests." In plain English, her critique of both the right and the left is that they are engaging in good-guy-vs.-bad-guy thinking.

Nussbaum says that envy "is not simply critique (which is always welcome), since it involves animus and destructive wishes: it wants to spoil the enjoyment of the 'haves.' … Envy's hostile desire, like (and closely related to) the retributive element in anger, is a bad thing for democracy even when the envied don't have a right to all the good things they enjoy."

Nussbaum's emotional appeal is detailed in her various expressions of alarm about certain events and trends — most notably in her extended discussion of misogyny and, perhaps most poignantly, in her remarks about the August 2017 march of white supremacists in Charlottesville, Virginia.

Nussbaum repeatedly critiques the internet and social media, but these sections are brief and ultimately undeveloped. Those looking for a more substantive critique may want to look to Michiko Kakutani's new book The Death of Truth: Notes on Falsehood in the Age of Trump.

One other critique is the lack of an index, which is frustrating given the book's overflow of names, some referred to repeatedly.

Those criticisms aside, Nussbaum's timely new work is deeply engaging and thought-provoking. It deserves to be read carefully by liberals and progressives who are concerned about Trump and his supporters.

[Thomas J. Farrell is professor emeritus in writing studies at the University of Minnesota Duluth.]

This story appeared in the Sept 21-Oct 4, 2018 print issue under the headline: Philosophy shows us how to respect enemies .

Politics | Philosophy shows us how to respect enemies