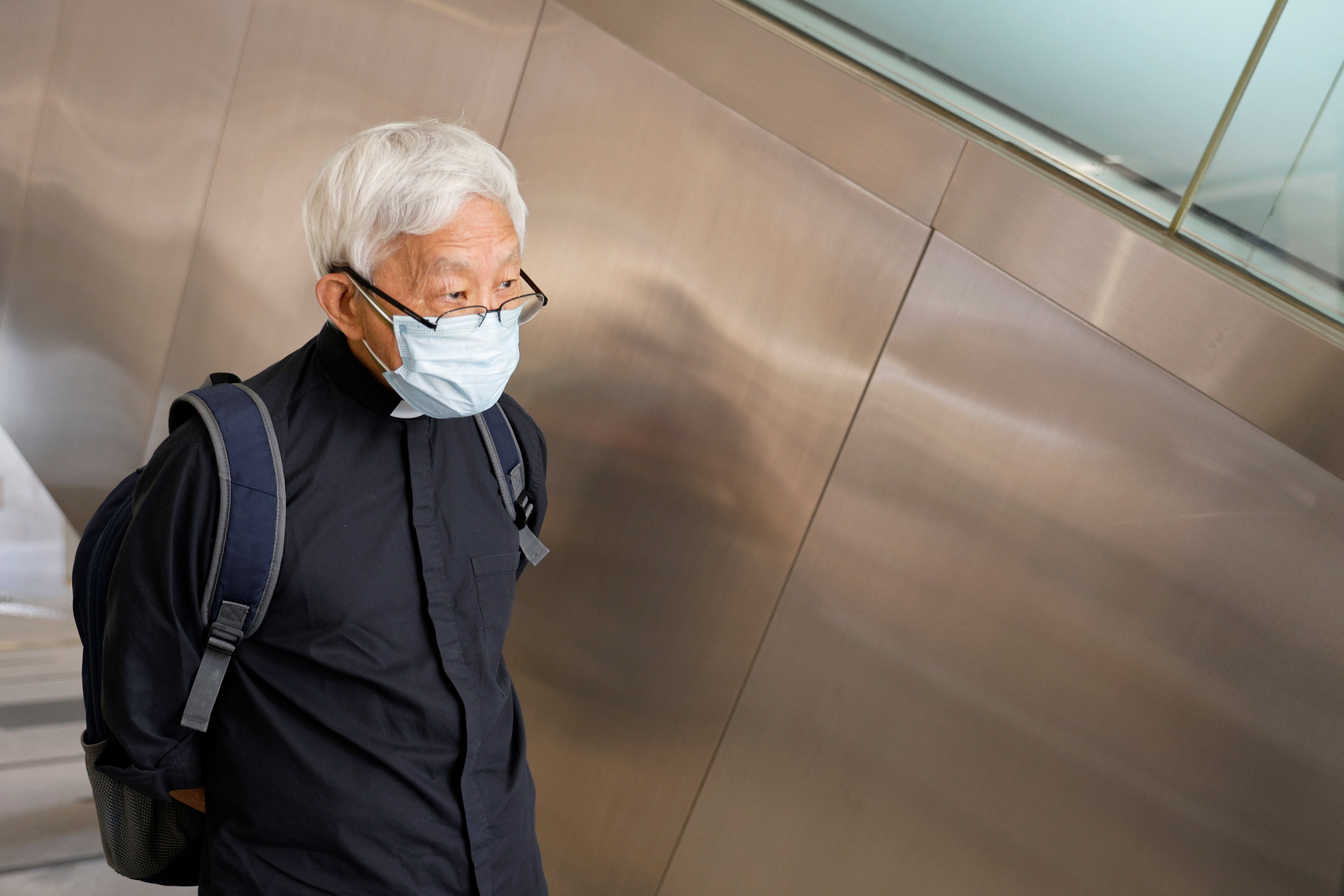 The arrests were apparently related to their roles as trustees of the 612 Humanitarian Relief Fund, which provided legal aid to people who took part in 2019 pro-democracy protests that were quashed by security forces, the group said. The fund closed in 2021, it said.

Scores of pro-democracy activists have been arrested under a sweeping National Security Law imposed on the city by Beijing in 2020 following the demonstrations. The city's independent media have been gutted and its legislature reorganized to pack it with Beijing loyalists.

Zen, the retired archbishop of Hong Kong, is a fierce critic of China and has been blistering in his condemnation of the Vatican's 2018 agreement with Beijing over bishop nominations, which he has said was a sellout of underground Christians in China.

The Vatican didn't immediately respond when asked for comment on his reported arrest.

Ho also has been outspoken in her advocacy of civil and political rights. Her manager, Jelly Cheng, confirmed Ho's arrest but said she had no other information.

Hui was arrested at Hong Kong's international airport as he sought to leave the city, Hong Kong Watch said.

"Today's arrests signal beyond a doubt that Beijing intends to intensify its crackdown on basic rights and freedoms in Hong Kong," said the group's chief executive, Benedict Rogers.

"We urge the international community to shine a light on this brutal crackdown and call for the immediate release of these activists," Rogers said.

Several leading Kong Kong activists have fled to Taiwan, Britain or elsewhere, while thousands of other Hong Kongers have chosen to leave the city, raising concerns about the economic future of the Asian financial center of 7.4 million.

The arrests follow the selection on Sunday of Hong Kong's new leader, John Lee, a hard-line former security chief who ran unopposed in a process controlled by Beijing.

The European Union and foreign ministers from the Group of Seven industrialized countries — Canada, France, Germany, Italy, Japan, the U.K. and the U.S. — condemned the election as fundamentally undemocratic and a betrayal of the "one country, two systems" principle under which Hong Kong was supposed to retain its own political, legal and economic system for 50 years after the end of British colonial rule.