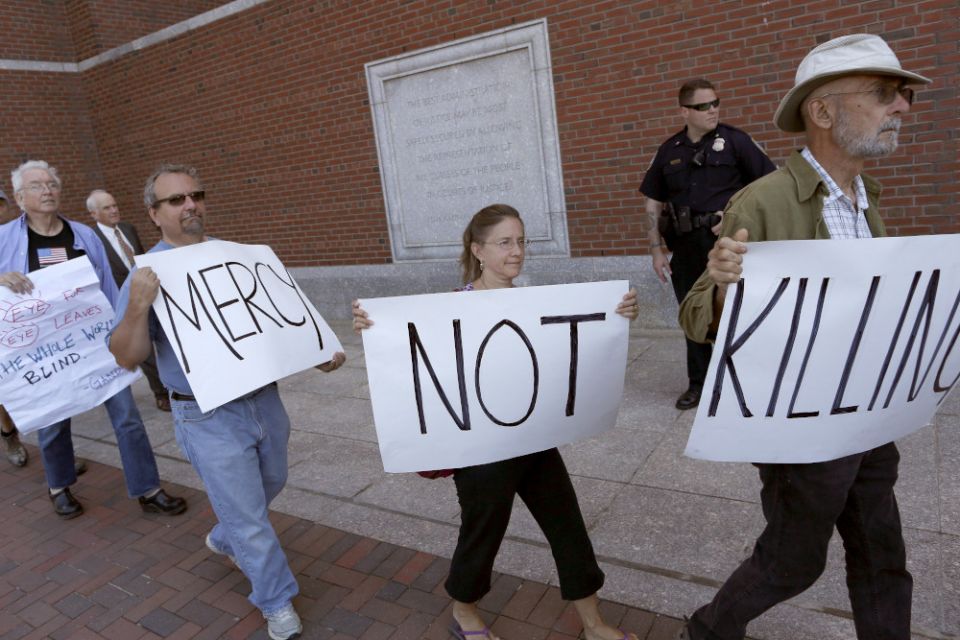 The court's March 4 ruling said a federal appeals court in 2020 should not have thrown out the death sentence for Tsarnaev for his role in the bombing that killed three people in 2013 at the Boston Marathon's finish line.

The 1st U.S. Circuit Court of Appeals in Boston had said the initial trial judge in this case left out evidence that could have mitigated Tsarnaev's sentence by showing how his brother was more of the mastermind in the attack. It also said the trial judge had not sufficiently questioned jurors about what they had seen on the news about the bombing.

The Trump administration initiated an appeal to this decision that was continued by the current Justice Department.

"Dzhokhar Tsarnaev committed heinous crimes," Justice Clarence Thomas wrote in the majority opinion, in which he also said that Tsarnaev had received a fair trial before an impartial jury.

Justice Stephen Breyer, who wrote the dissent joined by Justices Sonia Sotomayor and Elena Kagan, stressed that "particular judicial care" is required in cases where the death sentence could be imposed. He also said he agreed with the appeals court decision saying the lower court should have introduced all evidence.

Tsarnaev, who is now 28, was convicted of dozens of crimes in the attack that killed three people and injured more than 260 other and which he carried out with his older brother, Tamerlan Tsarnaev.

The older brother was seriously wounded in a gunfight with police and then fatally injured when his younger brother hit him with a car while trying to escape.

Dzhokhar Tsarnaev will remain on death row at a federal prison in Colorado with no immediate plan for his execution since Attorney General Merrick Garland ordered a moratorium on federal executions last summer.

Garland's order reversed the Trump administration's decision to resume executions of federal death-row inmates after a 17-year hiatus. Thirteen federal executions took place during a six-month period from the summer of 2020 to January 2021.

When the court announced last spring that it would examine the Boston marathon bombers' sentence, Krisanne Vaillancourt Murphy, executive director of Catholic Mobilizing Network, said executing Tsarnaev "would bring little healing to those he harmed and would serve only as state-sponsored vengeance."

Currently, families of the victims of the marathon bombing are divided about the death penalty for Tsarnaev.

Hours after the Supreme Court's ruling was announced, Catholic Mobilizing Network was scheduled to have its monthly virtual prayer vigil praying for an end to the death penalty with a reflection from Bishop Oscar Solis of Salt Lake City.

When oral arguments were announced, Vaillancourt Murphy told Catholic News Service that Biden, who has said he is opposed to the death penalty, has a "sizable influence in these matters of life and death."

Catholic Mobilizing Network and Sr. Helen Prejean, a Sister of St. Joseph of Medaille and a longtime activist against capital punishment, have been urging the president to end the federal death penalty.

Prejean spoke with Tsarnaev around the time of the penalty phase of his trial and was the last person to take the stand for his defense. She told the jury then that she had been invited by his attorneys to speak with him, and that during the course of their five conversations, he expressed remorse for those who died in the bombing.

"He said emphatically, 'No one deserves to suffer like they did,'" Prejean told the jury, according to news reports of the trial. She also said she believed he was sincere in his regret.

Iowa Medicaid reimbursements will no longer go to abortion providers