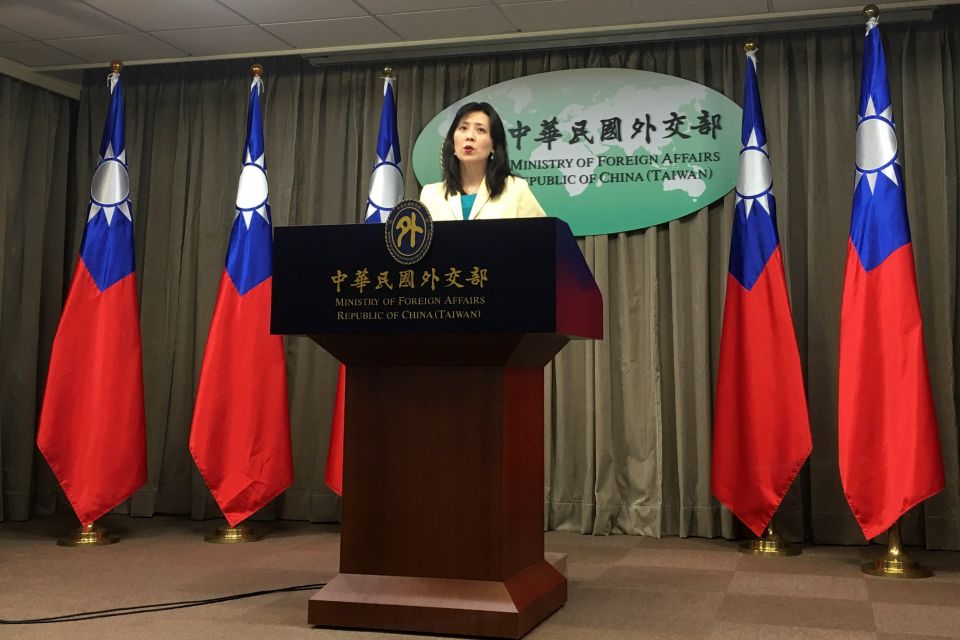 Taipei, Taiwan — A Taiwanese official said the nation's relationship with the Vatican remains friendly through long-standing communication channels as a media report suggested China was pressuring the Vatican to sever ties.

The response Oct. 25 came a day after Corriere della Sera, Italy's most widely circulated newspaper, quoted an unnamed Vatican diplomat who said that Beijing wants the Vatican to break its diplomatic relationship with Taiwan in exchange for official ties with China, ucanews.com reported.

During a media briefing, Joanne Ou, spokesperson for Taiwan's Ministry of Foreign Affairs, did not comment on media reports on China's maneuverings, but she insisted the Taiwan-Vatican relationship remains warm, Taiwan News reported. "Communication channels are open and that cooperation with the Holy See continues to deepen based on shared values," she said.

Ou explained that Taiwan has been active in promoting Pope Francis' encyclicals and blessings during the COVID-19 outbreak, adding that the government joined Catholic groups to support the Vatican's efforts to restrict the spread of the illness.

Taiwan's actions have garnered a positive response from the Vatican, she said.

Ou also noted that Taiwan President Tsai Ing-wen was the first head of state to offer good wishes and support to Pope Francis after he underwent surgery in July, with her message listed first among 91 global political leaders on the Holy See's website.

The spokeswoman also said that Taiwan has confidence in the Vatican's commitment to the nation as church officials have repeatedly stated that the Sino-Vatican provisional agreement on the appointment of bishops deals with religious affairs rather than political matters.

With an aim to unite Catholics fractured between the state-aligned and underground churches in China, the Vatican signed the agreement with China in 2018. The agreement, not yet public, was renewed for another two years in October 2020.

However, observers noted that the deal is a test case for the Vatican's desire to reestablish formal ties with China that broke down in 1951 following the communist takeover.

Taiwanese authorities also have expressed hope that the agreement will become a tool to improve the state of religious freedom in China.

Ou said, however, that Taiwan monitors religious persecution in China and advocates for religious freedom and the protection of basic human rights in the country.

The foreign affairs ministry, she said, "will also continue to deepen exchanges with the Holy See and the Catholic Church based on their long-standing relations and shared values."

Taiwan, formerly known as Formosa, is a sovereign and democratic nation but has never officially declared independence. China still considers Taiwan as one of its provinces and has threatened to annex it militarily.

China's military pressure has intensified in recent weeks, with Taiwan government officials claiming more than 150 Chinese warplanes violated the nation's air defense zone, sparking condemnation from the United States. Political analysts termed the situation the "most grim" in four decades amid rising fear of a Chinese invasion of Taiwan.

Taiwan does not have sovereign status at the United Nations, at the behest of China. However, it has diplomatic relations with 14 countries and maintains unofficial and economic relations with 47 states.

The Vatican is the only European state to have diplomatic ties with Taiwan, while the U.S. is its strongest ally.

About 4% of Taiwan's population of nearly 24 million are Christians. Buddhists make up about 35%, Taoists 33% and nonreligious about 19%.

According to church sources, the Taiwanese Catholic Church has an estimated 300,000 Catholics in one archdiocese and six dioceses, with a significant number being refugees from mainland China. Migrant Catholics, mostly Vietnamese, Filipinos and Indonesians, are estimated to comprise around 100,000.

Women in the teachings and lives of John Paul and Benedict

With a route mapped to Mar-a-Lago, Nuns on the Bus will hit the road again