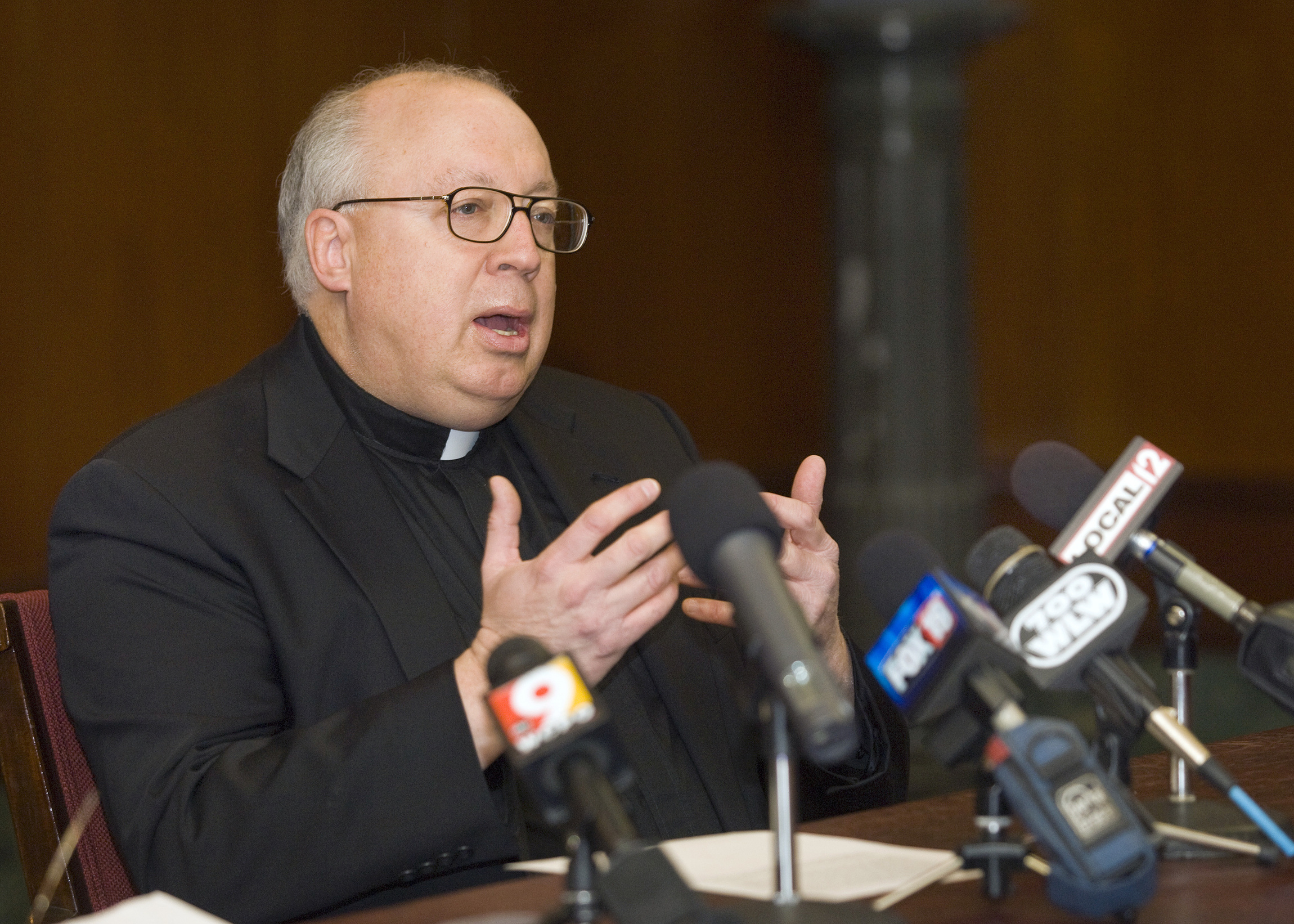 Cincinnati Auxiliary Bishop Joseph R. Binzer is pictured in an April 5, 2011, photo. It was announced May 7, 2020, that Pope Francis accepted Bishop Binzer's resignation, less than nine months after it was revealed he had failed to inform the archbishop and priest personnel board of a priest's inappropriate conduct with minors. (CNS photo/Catholic Transcript/Colleen Kelley)

Pope Francis has accepted the resignation of 65-year-old Auxiliary Bishop Joseph R. Binzer of Cincinnati, less than nine months after it was revealed he had failed to inform the archbishop and priest personnel board of a priest's inappropriate conduct with minors.

Archbishop Dennis M. Schnurr removed Binzer as director of priest personnel for the archdiocese in August after his failure to report the incidents became known; Binzer also resigned from the U.S. bishops' Committee on the Protection of Children and Young People.

Binzer's resignation as auxiliary bishop was announced May 7 in Washington by Archbishop Christophe Pierre, Vatican nuncio to the United States.

The announcement and a similar one published by the Vatican did not give a reason for the resignation. The normal retirement age for a bishop is 75.

Binzer continued to serve as auxiliary bishop but was removed from the priest personnel board after Schnurr placed the priest, Fr. Geoff Drew, on a leave of absence in July 2019.

The archdiocese said it had received reports in 2013 and again in 2015 that the priest engaged in inappropriate behavior with teenage boys. "Those reports were held by Auxiliary Bishop Joseph Binzer, who upon receiving the information, spoke with Father Drew on two occasions and received assurances that the behavior would cease."

"In both instances, the concerns reported to the central office were promptly forwarded to the Butler County Prosecutor's Office and Butler County Children's Services," according to a report in The Catholic Telegraph, the archdiocesan newspaper. The prosecutor's office found no evidence of criminal behavior.

A statement Aug. 5 from the archdiocese said, "The alleged behavior involved a pattern of such things as uninvited bear hugs, shoulder massages, patting of the leg above the knee and inappropriate sexual comments about one's body or appearance."

In 2018, Drew applied to the personnel board to become pastor of another parish. Schnurr gave him the appointment "upon recommendation of the priest personnel board, but at that time, the board and Archbishop Dennis M. Schnurr were unaware of the priest's alleged past transgressions," The Catholic Telegraph reported.

A month later, Schnurr received a letter expressing concern about Drew's behavior. The prosecutor's office was again informed, and the archdiocese hired an independent firm to investigate as well.