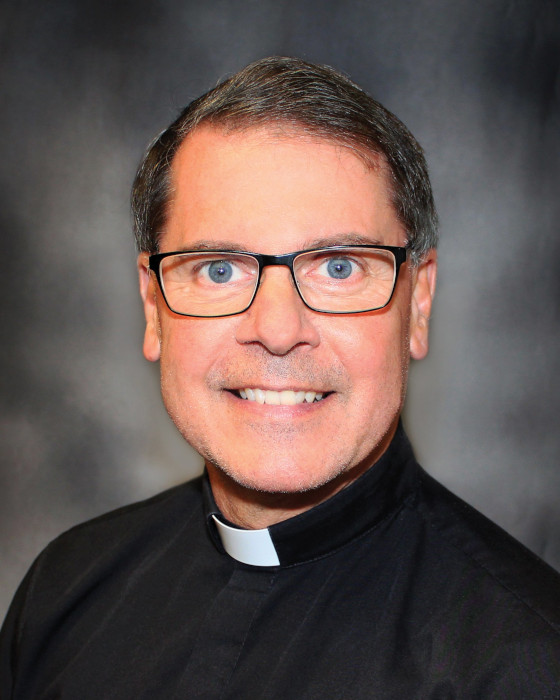 Fr. Daniel J. Felton, a priest of the Diocese of Green Bay, Wis., and its vicar general, is seen in this undated photo. On April 7, 2020, Pope Francis appointed him to head the Diocese of Duluth, Minn. He will be ordained and installed May 20. (CNS/Courtesy The Catholic Spirit) 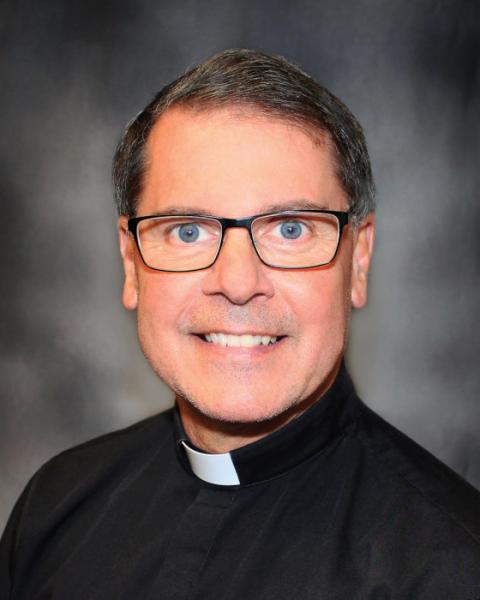 Fr. Daniel J. Felton, a priest of the Diocese of Green Bay, Wis., and its vicar general, is seen in this undated photo. On April 7, 2020, Pope Francis appointed him to head the Diocese of Duluth, Minn. He will be ordained and installed May 20. (CNS/Courtesy The Catholic Spirit)

Pope Francis has appointed Fr. Daniel J. Felton, a priest of the Diocese of Green Bay, Wisconsin, and its vicar general, to head the Diocese of Duluth, Minnesota.

The pope also has accepted the resignation of Auxiliary Bishop John J. O'Hara of New York. He is 75, the age at which canon law requires a bishop to turn in his resignation to the pope.

The changes were announced in Washington March 2 by Archbishop Christophe Pierre, apostolic nuncio.

A native of Virginia, Felton, 66, also is moderator of the curia for the Green Bay Diocese. He was ordained a priest for the diocese June 13, 1981.

His episcopal ordination and installation as Duluth's 10th bishop is scheduled for May 20.

Bishop David L. Ricken of Green Bay said he "could not be more delighted" the pope chose a priest from the Wisconsin diocese to head the Minnesota diocese.

Felton "has excelled in his service to this diocese in the many positions he has held and has been a trusted adviser in his role as vicar general and moderator of the curia," he said in an April 7 statement. "His presence, ministry and expertise will be sorely missed here, but he will bring many gifts to the faithful of the Diocese of Duluth."

"We are grateful to our Holy Father, Pope Francis, for sending us our next bishop in this joyful Easter season," Fr. James Bissonette, Duluth's diocesan administrator, said.

The diocese looks forward to getting to know Felton, he said, "and beginning this new chapter in our walk of faith together under his leadership as our next shepherd."

Minnesota's archbishop also welcomed the appointment, saying he looks forward "to collaborating with him as he joins the bishops of our state in providing pastoral leadership."

"I have long admired from afar his ministry and service in the Diocese of Green Bay and am delighted that he will be bringing his rich experiences and gifts to the people of northeastern Minnesota," said Archbishop Bernard A. Hebda of St. Paul and Minneapolis.

The Jersey City, New Jersey, native graduated from Seton Hall University in South Orange, New Jersey, with a Bachelor of Arts degree in English in 1967. After college and before he entered the seminary in 1980, he spent the intervening years in radio broadcasting. 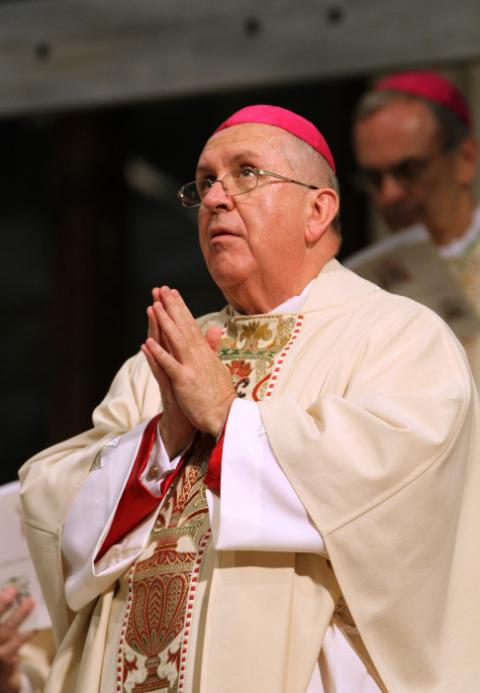 He was ordained a priest for the New York Archdiocese Dec. 1, 1984 and served at a number of parishes on Staten Island, one of New York's five boroughs.

Then-Fr. O'Hara was very involved in ecumenical and interreligious dialogue, seeking to build bridges of communication and understanding among the island’s very diverse faith communities.

After Francis named him an auxiliary bishop, his involvement in this dialogue continued. New York Cardinal Timothy M. Dolan appointed him to serve on an ecumenical-interfaith committee of religious leaders, which meets on a regular basis.

Following 12 years as a pastor, O'Hara was appointed the first director of the Office of Strategic Pastoral Planning by Dolan July 1, 2012. In this role, he supervised the ongoing reorganization of parishes throughout the archdiocese. Later as vicar of planning, he continued to oversee this process.

The diocese has been without a bishop since 2019. Bishop Paul D. Sirba, a priest of the Archdiocese of St. Paul and Minneapolis, died at age 59 in December 2019 after suffering a heart attack.

In June 2020, Pope Francis appointed Fr. Michel J. Mulloy, a priest of the Diocese of Rapid City, South Dakota, to head the diocese.

His episcopal ordination and installation was scheduled for October of that year, but in September, Mulloy resigned his appointment following an allegation of child sexual abuse in the 1980s. Mulloy remains on administrative leave in the Diocese of Rapid City.

Felton was born Feb. 5, 1955, in Portsmouth, Virginia. He attended St. Norbert College in De Pere, Wisconsin, where he received a bachelor's degree in religious studies and psychology in 1977. He earned a master's degree in theology at St. John University in Collegeville, Minnesota, in 1981.

He received his licentiate in sacred theology in dogmatic theology and a master's degree in social communications from the Pontifical Gregorian University in Rome in 1990.

After his ordination, Felton was assigned in 1981 as associate pastor at Blessed Holy Innocents in Manitowoc, Wisconsin. In 1985, he became director of affiliate affairs for the Catholic Telecommunications Network of America in New York, serving in the post until 1987. He was a CTNA correspondent in Rome from 1987 to 1990.

He returned to the Green Bay Diocese serving as pastor at several different parishes. In 2014, Ricken named him vicar general and moderator of the curia.

Felton's pastoral ministry also includes assignments as a member of the college of consultors, the priests' council, the diocesan finance committee and the personnel board. He also has served as a member of the National Advisory Council for the U.S. Conference of Catholic Bishops.

Hebda asked Catholics of the archdiocese to join him in praying for Duluth's bishop-designate.

"In this Year of St. Joseph, please join me in seeking St. Joseph's intercession" for him and "for the faithful of the dioceses of Duluth and Green Bay in this time of transition," he said in his April 7 statement.

Contributing to this story was Maria Wiering, editor of The Catholic Spirit, newspaper of the Archdiocese of St. Paul and Minneapolis.