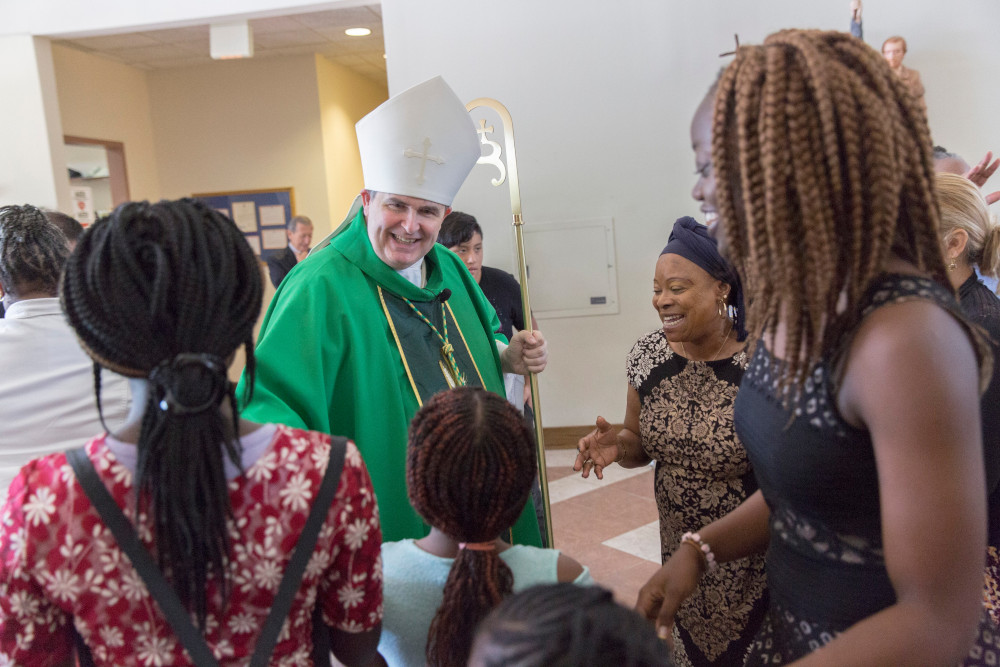 Pope Francis has named Bishop Michael W. Fisher, an auxiliary bishop of Washington since June 2018, to head the Diocese of Buffalo, New York.

Bishop Edward B. Scharfenberger of Albany, New York, has been apostolic administrator of Buffalo since Dec. 4, 2019. Francis named him to the post the same day he accepted the resignation of Buffalo Bishop Richard J. Malone, then 73 and two years shy of the age at which canon law requires bishops turn in their resignation to the pope.

Malone told diocesan Catholics he had asked Francis to allow him to retire early so the people of the diocese "will be better served" by a new bishop who is "perhaps better able" to bring about "reconciliation, healing and renewal" in addressing the abuse crisis.

Fisher, 62, is the Washington Archdiocese's vicar for clergy and secretary for ministerial leadership. In the role, he oversees the recruitment, formation and care of the clergy for the archdiocese.

Archbishop Christophe Pierre, the Vatican nuncio to the United States, announced his appointment to Buffalo Dec. 1 in Washington.

Fisher's installation Mass will be celebrated Jan. 15 at 2 p.m. in the Cathedral of St. Joseph in Buffalo. New York Cardinal Timothy M. Dolan will be the main celebrant.

"Bishop Fisher is an exceptionally compassionate and skilled servant of the church," Cardinal Wilton D. Gregory of Washington said in a statement. "His distinguished history as pastor, vicar for priests and member of our pastoral administration has prepared him well for his new responsibilities in that diocese.

"While we will miss his deft pastoral talents, they will be warmly welcomed by the faithful, religious and clergy of the Diocese of Buffalo," he added. "May the Lord bring joy to his heart and to the hearts of the people who will welcome him."

In response to his new appointment, Fisher said: "I am deeply humbled and grateful to the Holy Father for this gift to serve the people of Buffalo as their bishop. I am eager to become part of this vibrant faith community, with a proud and distinguished legacy of Catholic education, ministry and civic service."

Fisher is a native of Baltimore. After studying at Mount St. Mary's Seminary in Emmitsburg, Maryland, he was ordained a priest of the Archdiocese of Washington June 23, 1990, at the Cathedral of St. Matthew the Apostle by Cardinal James A. Hickey, then archbishop of Washington.

In an earlier interview with the Catholic Standard, Washington's archdiocesan newspaper, Fisher said he tries to bring "the heart of a pastor" into his administrative work, based on his years of experience as a parish priest. 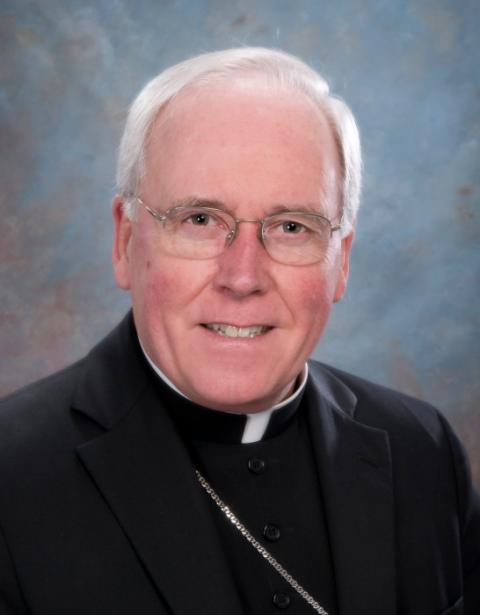 Retired Bishop Richard J. Malone of Buffalo, N.Y., is pictured in an undated photo. On Nov. 23, New York Attorney General Letitia James filed a lawsuit against the Diocese of Buffalo and Malone and now-retired Buffalo Auxiliary Bishop Edward M. Grosz, alleging the diocese covered up and failed to deal with numerous case of sexual abuse by priests. (CNS/Courtesy Diocese of Buffalo)

Like his home Archdiocese of Washington, which was impacted in a personal way by the abuse and misconduct scandal of its now defrocked former cardinal archbishop Theodore McCarrick, Fisher's new diocese has been heavily impacted by the abuse crisis.

In February, the Diocese of Buffalo filed for Chapter 11 bankruptcy protection, after it faced about 260 lawsuits filed under New York's Child Victims Act, which suspended the statute of limitations for abuse claims for one year beginning in August 2019.

The diocese had reported a $5 million loss for fiscal year 2019, which it attributed to consequences of the abuse scandal. Since the Child Victims Act was put into effect in New York, the Diocese of Syracuse and the Diocese of Rochester also have filed for Chapter 11 bankruptcy.

On Nov. 23, New York Attorney General Letitia James filed a lawsuit against the Diocese of Buffalo and Malone and now-retired Buffalo Auxiliary Bishop Edward M. Grosz, alleging the diocese covered up and failed to deal with numerous case of sexual abuse by priests.

The eight-county Buffalo Diocese covers 6,500 square miles in Western New York and is home to approximately 571,000 Catholics. It has 161 parishes, 49 Catholic schools, over 360 priests, 546 women religious and 129 deacons.

In response to Bishop Fisher's appointment to Buffalo, Bishop Scharfenberger said: "This is a blessed and wonderful day for the good people across Western New York. In Bishop Michael Fisher, they have been given a priest, pastor and bishop whose passion to serve, to listen, to heal and comfort have distinguished his 30-year ministry."

He added: "It has been among my life's great joys to get to know and assist this faith-filled community, to accompany them in their initial steps on the path toward renewal and redefine the enormous potential of the church to accomplish so much good across this region. I pledge my fraternal support to Bishop Fisher and my abiding love and care for the family of faith of this diocese now and in all the days ahead."

Contributing to this story was Mark Zimmermann, editor of the Catholic Standard, newspaper of the Archdiocese of Washington.