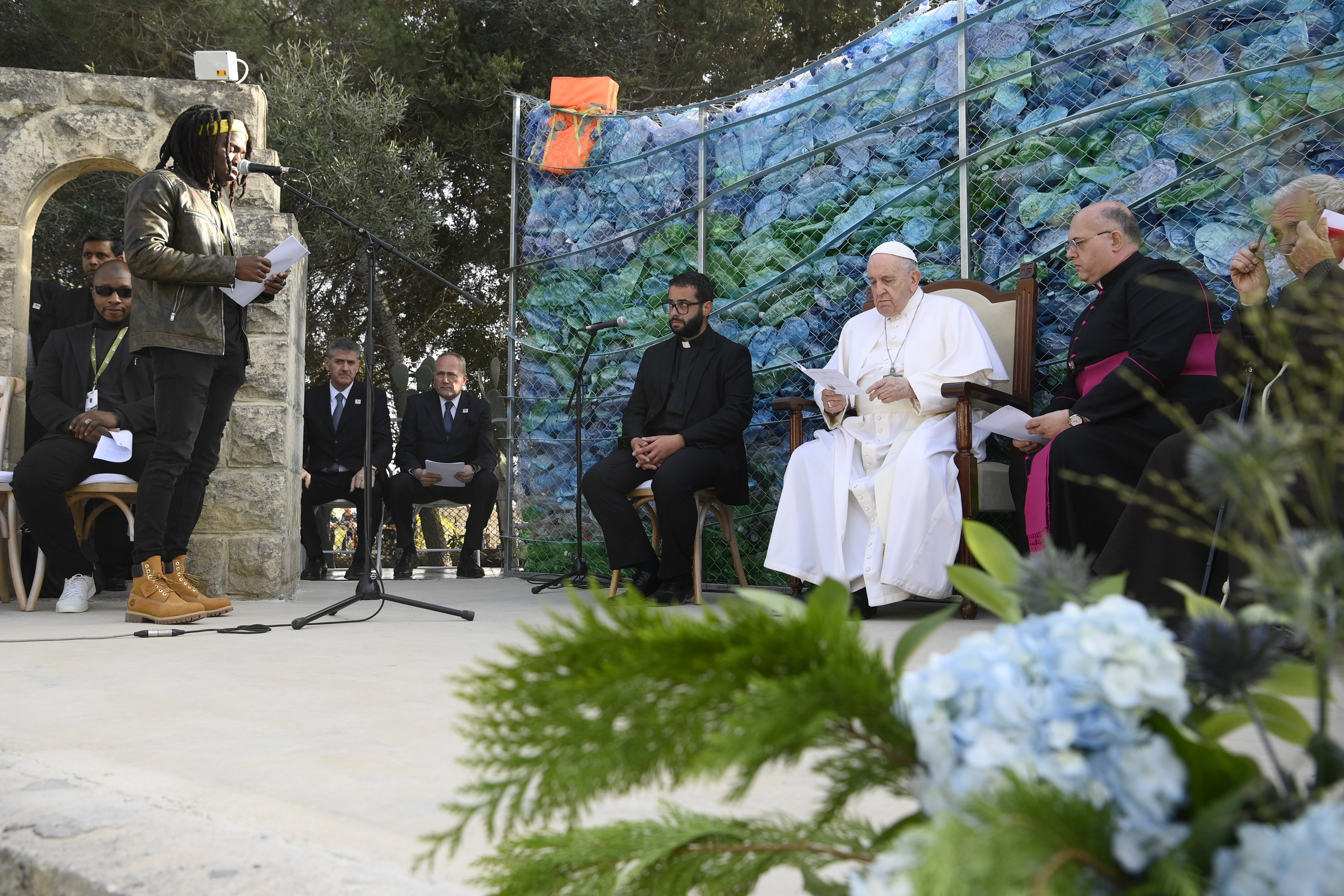 Pope Francis' two-day visit to the tiny European country of Malta, a strongly Catholic island just south of Sicily, in April, 2022 put a spotlight on Malta's complicated history and important contemporary concerns. Chief among these is the sharp increase in the number of asylum-seekers from Africa and the Middle East, and criticism of how Malta has treated them.

As a scholar of Catholic history and ritual, I have studied the development of the church in several European countries, and the important role that the lives of people venerated as saints have played in the way Catholics address contemporary issues.

Tradition has it that the first Maltese saint was St. Publius, the first-century bishop of the early Christian community in Malta. He was venerated as a saint long before saints were officially proclaimed by the pope. However, historians have raised questions whether Publius ever existed or served as bishop.

The only Maltese person to be officially named a saint by a pope is St. George Preca, a priest of the archdiocese of Malta in the first half of the 20th century. Preca was beatified, or given the title of "Blessed," the second-to-last step in being proclaimed a saint, in 2001 by Pope John Paul II. In 2007 he was canonized – the last step in achieving sainthood – by Pope Benedict XVI.

Preca was born in 1880 in Malta's capital city, Valetta, and was brought up in a town just outside of the city. After primary and secondary school, he entered the seminary of Malta and, despite severe lung problems that threatened his life, was ordained to the priesthood in 1906.

Ordinary Catholics in Malta at the time were largely uneducated. Most did not know the Bible well and instead focused on devotional practices that some priests considered almost superstitious. As a seminarian, Preca became increasingly convinced that the focus of his ministry was to be training laymen – and later, laywomen – to teach other Catholics, both children and adults, about their Catholic faith and the Bible.

Training laypeople to educate others like themselves about their faith was a revolutionary idea at the time, since usually only seminarians or priests, and sometimes nuns, would be involved in that kind of education. Before his ordination, Preca himself had become active in discussing religious topics with ordinary working men, and then teaching catechism – the principles of Catholic beliefs – to younger boys in a nearby town.

That group of young men would become the core of the new religious society for laypeople, The Society of Christian Doctrine, which Preca soon founded. Later, this society was nicknamed "Museum" because of the dilapidated building that was its original meeting place. These unordained teachers – called catechists – were later divided into two branches, one for men and one for women.

As time went on, they established educational centers for children and adults in almost every parish in Malta. These centers are still active today in Malta and in several other countries as well, especially Australia.

But at the beginning of the 20th century, Preca's ideas were not immediately accepted by his more conservative superiors. Within a few years of their founding, his archbishop ordered his catechetical centers in Malta to be closed. Though they were reopened a few years later after deeper investigation, his group was not given final, official approval in Rome until 1932. During that time, and for the remainder of his life, he encouraged members of his society to remain humble and kind in the face of hardship and criticism.

Preca died in July 1962. In October 1962, the Second Vatican Council, which was called by Pope John XXIII to modernize the Catholic Church, began in Rome. Among the reforms the council stressed was the importance of both Scripture and tradition as the foundations for Catholic Christian life, and it encouraged all Catholics to study the Bible.

Preca was a pioneer in training laypeople to become religious educators for both children and adults, focusing on Gospel teaching while encouraging them to live their lives according to its values. In fact, at Preca's beatification in 2001, Pope John Paul II referred to him as Malta's "second father in faith."

In 2010 Pope Benedict XVI proposed a new evangelization movement for all members of the Catholic Church in the 21st century. This movement placed a renewed emphasis on preaching and teaching in the contemporary world, very much in line with Preca's work in the early 20th century. Both Pope Benedict and Pope Francis have expanded the idea of this new focus on preaching and teaching the Gospel to include explicit concern for the welfare of refugees and migrants.

The pope's visit to Malta draws new attention to the work of St. George Preca. His focus on educating Catholics more deeply on the meaning of Jesus' teaching may provide some guidance for Malta and other countries in confronting this global issue.