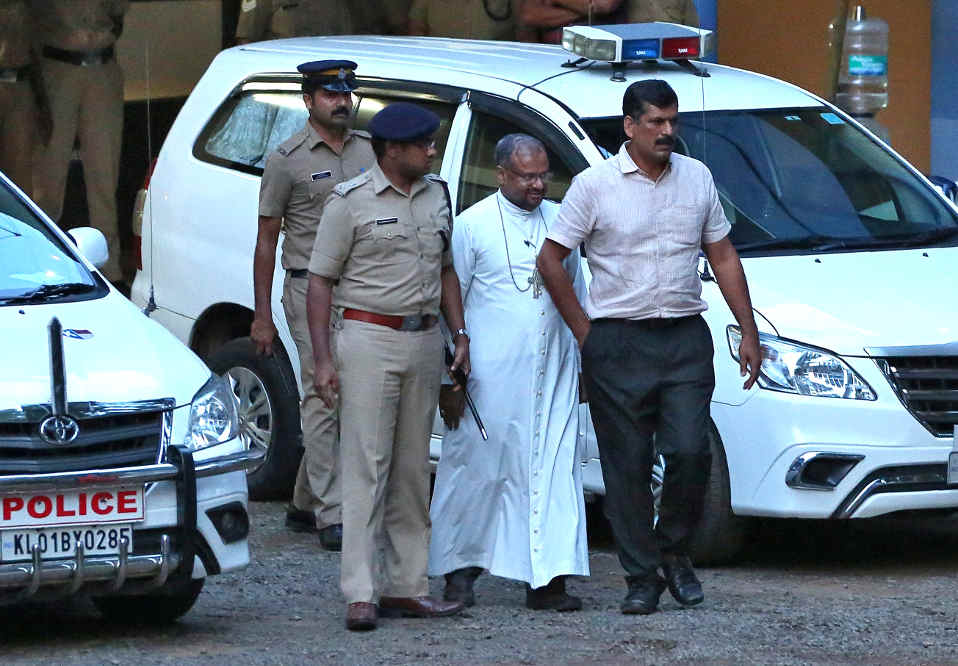 Bishop Franco Mulakkal of Jalandhar, India, is led away for questioning by police Sept. 19 on the outskirts of Cochin. Pope Francis has accepted the request of Mulakkal, accused of raping a nun, to be relieved of his duties during the investigation. The bishop has denied the allegations. (CNS photo/Sivaram V, Reuters)

Pope Francis has accepted the request of an Indian bishop accused of raping a nun to be relieved of his duties during the investigation.

In a letter dated Sept. 20, the Cardinal Oswald Gracias, president of the Catholic Bishops' Conference of India, said Bishop Franco Mulakkal would be temporarily relieved of his pastoral duties for the Diocese of Jalandhar.

An Indian nun accused the bishop of raping her four years ago and then sexually abusing her multiple times over the following two years. Bishop Mulakkal claims the accusations are baseless and aim to deflate the disciplinary action he had initiated against the nun.

The statement from Cardinal Gracias said the retired auxiliary of Mumbai, Bishop Agnelo Rufino Gracias, would temporarily serve as apostolic administrator of Jalandhar.

In early September, the nun accused church officials of inaction on her complaint.