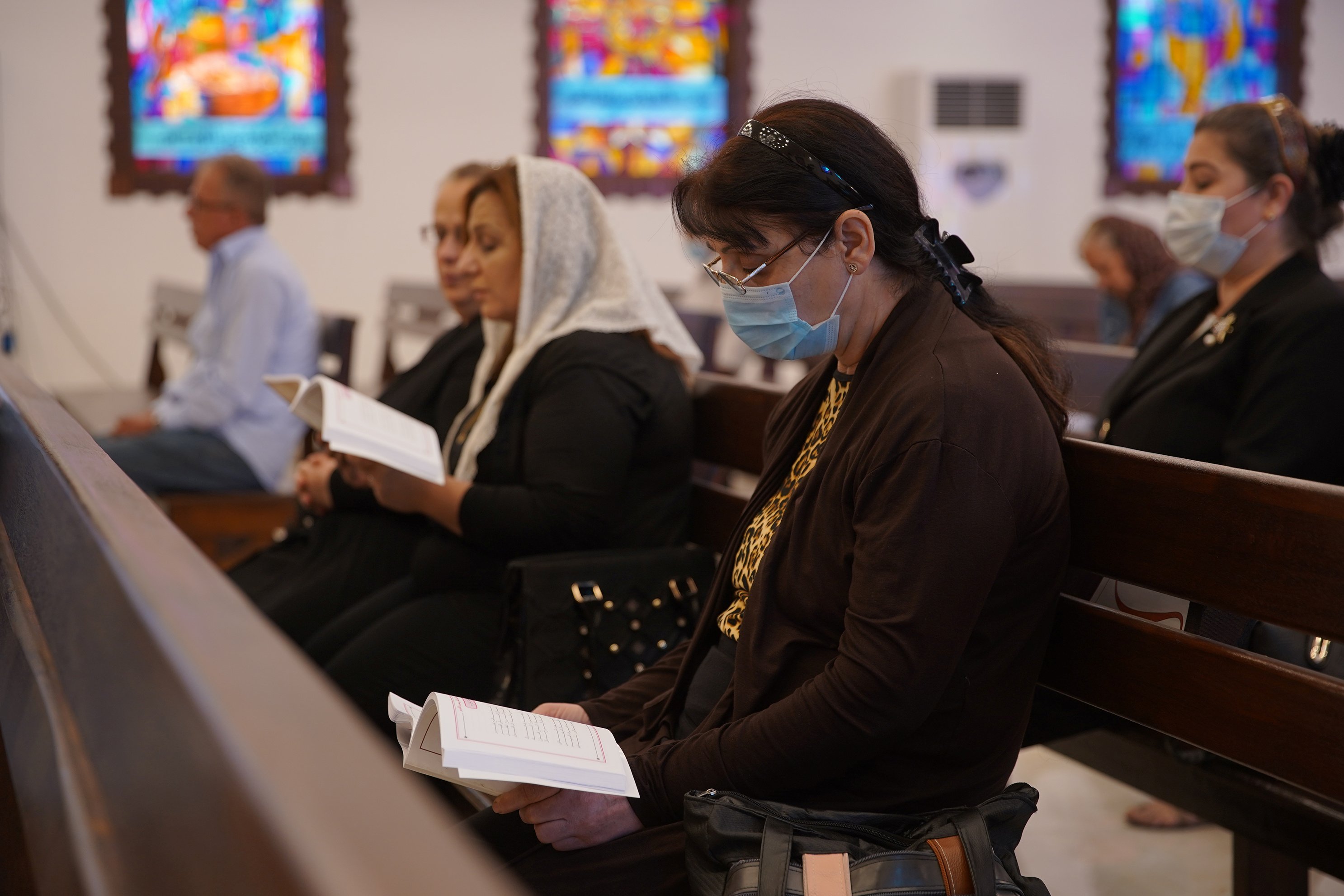 Public health experts and Catholic ethicists are expressing concern about Pope Francis' newly announced plan to visit Iraq in March, warning that the trip could facilitate the spread of the coronavirus in a nation with an underdeveloped healthcare system.

Although there is hope that some countries will have vaccination programs well underway by the spring, that is unlikely to be the case in Iraq, where even before the pandemic essential medicines were not always in supply.

In interviews with NCR, medical practitioners and theologians worried about the prospect of a papal visit exposing local organizers and security officials to the virus, or attracting even small-scale crowds, where it could be hard to enforce social-distancing measures.

"You'd be hard pressed to justify this kind of trip," said Howard Forman, a practicing emergency radiologist and director of the health care management program in the Yale School of Public Health.

Forman said that while he appreciates the importance of the pope's ministry, a trip to Iraq "would not be in the best interest of reducing spread."

"They are a country that has had a substantial loss of life and a substantial outbreak," said the healthcare professional, who also teaches healthcare economics. "Even though things seem to be much more under control … you just would be hard-pressed to think that's the right thing to do at this moment."

Jesuit Fr. Andrea Vicini, a moral theologian and medical doctor, said he is concerned the trip may put people at risk of infection who otherwise would not have been.

"The visit of the pope should be a visit that does not put anyone at risk," said Vicini, a professor of moral theology and bioethics at Boston College. "We cannot really have a situation at the moment where there is no risk for the health of those involved."

"During a pandemic, those who suffer the most are those who are more vulnerable," said the theologian, adding: "Do we want to further expose them, for a situation that we are creating?"

The Vatican announced Francis' plan to travel to Iraq Dec. 7, saying the pope expected to be in the country from March 5 to 8 and wanted to visit five cities across the nation. The announcement did not give further details, except to say that the plan "will take into consideration the evolution of the worldwide health emergency."

The trip to Iraq would be Francis' first outside Italy since November 2019. Due to the pandemic, throughout 2020 the pope interrupted a decades-long tradition of pontiffs visiting Catholic communities around the world and pursuing the Vatican's diplomatic goals.

The Vatican press office did not respond to questions sent Dec. 10 about what specific precautions are being planned in terms of preventing the spread of the coronavirus during the papal trip to Iraq.

One knowledgeable source, who asked not to be named as they were not authorized to speak on the matter, said the finalized agenda for the trip would likely see the pope partake in quasi-private events open only to small groups.

The director of the Vatican's health service said Dec. 11 that the city-state will begin providing its small population of residents and staff with new coronavirus vaccines "in the first months" of 2021, raising the possibility that the pope and those traveling with him will be vaccinated in time for the March trip.

Iraq's healthcare system is known to be underfunded and undersupplied. A March Reuters investigation, published just as the pandemic began to affect the country, found that some 85% of the drugs on the country's list of essential medicines were in short supply or unavailable. 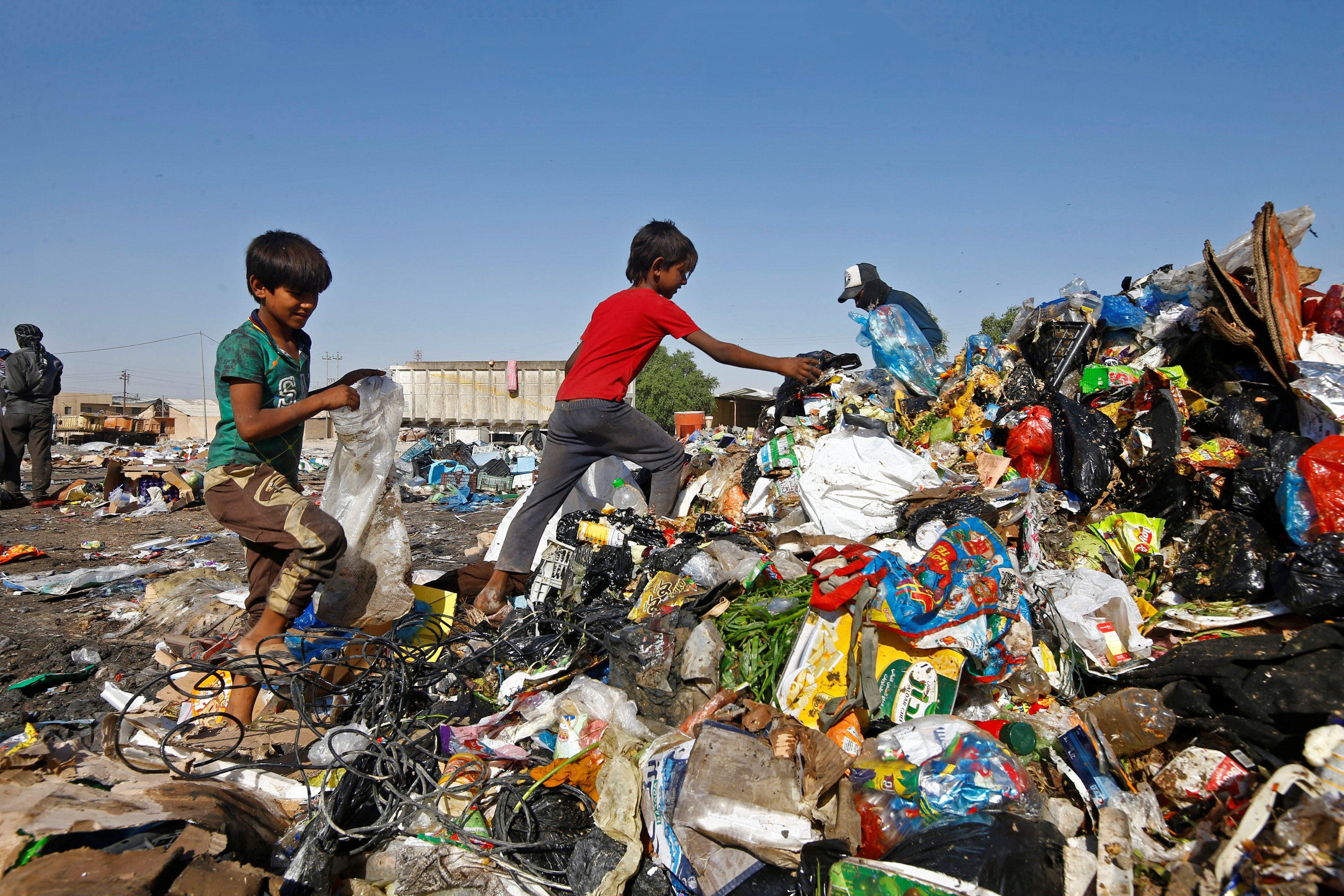 "If there are plans to meet with larger crowds, perhaps Catholic Relief Services or some other agency supported by Vatican funding could provide and distribute vaccines in advance," said Winright. "Doing so would help save lives and truly serve as an example of peacebuilding."

Although papal trips to predominantly Catholic countries often attract large crowds, Francis' visits to some other nations have been lower-key affairs. When the pontiff traveled to Muslim-majority Egypt in 2017, for example, he moved about in a normal car, and local officials essentially shut off outside access to areas he was in.

But even in such countries, small crowds often gather at Catholic churches the pope visits, with the faithful who are not taking part in the events hoping to at least catch a glimpse of the pontiff. 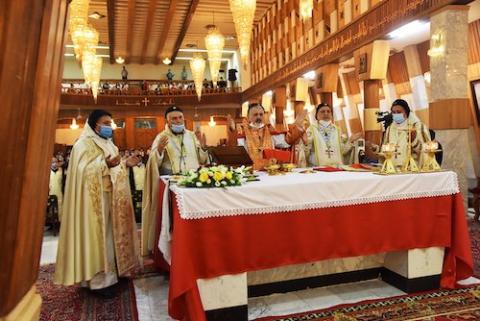 While the Vatican has not yet indicated what specific places Francis might visit in Iraq, Arabic-language outlets have reported that the pope hopes to travel to at least two churches in Baghdad: the Syriac Catholic Cathedral of Our Lady of Salvation, which was the target of a terrorist attack that killed 58 people in October 2010, and the Chaldean Catholic Cathedral of St. Joseph.

Outside Baghdad, the Vatican says Francis hopes to visit the historic city of Ur, said to be the birthplace of Abraham, and the cities of Erbil, Mosul and Qaraqosh. The last two places each suffered under the control of the Islamic State from about 2014 to 2017.

Forman said that "nobody should minimize" the importance of the pope visiting such devastated places. But he added that any deaths caused by the coronavirus now, as vaccines are becoming available, would be especially tragic.

This story appears in the Pope Francis in Iraq feature series. View the full series.
A version of this story appeared in the Dec 25, 2020-Jan 7, 2021 print issue under the headline: Pope's planned trip to Iraq raises coronavirus worries.