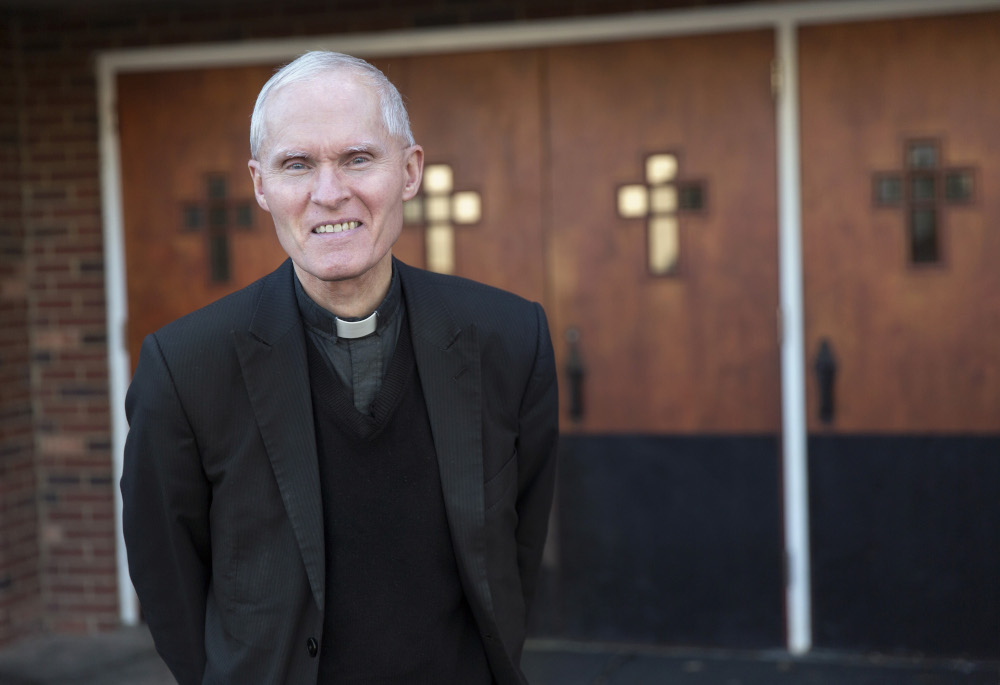 Bishop Mark Brennan, named by Pope Francis July 23 as the ninth bishop of the Diocese of Wheeling-Charleston, West Virginia, acknowledged that he will face difficulties in his new post.

The diocese encompasses the whole state of West Virginia, home to some of the poorest people in the country and an epicenter for the opioid crisis.

"I am very eager to get to the diocese and to get to know the people and places that make West Virginia such a special place. As my parents retired in West Virginia many years ago, it's a place that I admire for its beauty and the kindness of its people," he told the Catholic Review magazine of the Archdiocese of Baltimore.

"Although there is great need across the state, there are also tremendous assets. It will be my priority to harness the resources of the diocese to serve the considerable needs while also bringing about a new era of renewal of our faith."

Not intimidated by long car trips, given his time as auxiliary bishop of Baltimore where he travels some 20,000 miles annually, Brennan recently received a phone call while in the car from a number he didn't recognize. When he got a chance to return the call, it was Archbishop Christophe Pierre, apostolic nuncio to the United States, informing him that Pope Francis had selected him to lead the church in Wheeling-Charleston.

He said that when he was in Latin America in 1985-86, "I certainly saw very, very poor people both in cities and rural areas."

His first assignment as a transitional deacon while in the seminary took him to a parish in Southeast Washington, where housing projects were "kind of drug-infested and just in terrible shape. So that was in the city. A lot of things – real poverty."

"A primary focus will be on the poverty that those in the rural areas of the state face. I will depend on those who are working to alleviate their suffering and to determine how we can increase the church's outreach and impact – particularly for those who have fallen victim to opioid addiction," the bishop said.

West Virginia is widely considered the epicenter of the opioid crisis, influenced in part by the number of miners with health problems and the accompanying pain.

More recently, doctors have been educated to consider pain as a vital indicator of health or illness. "If someone was in pain, they would prescribe these opioids and people got hooked. And of course, a lot of poverty, people suffering and bad health," he said.

He hopes his longtime pastoral experience as a parish priest will help him in his new role.

He finished the seminary at age 27, and spent two years as a parish deacon. Ordained a priest when he was 29, he has been in parish ministry until he was named an auxiliary bishop for Baltimore.

Even during a stint as vocation director for the Archdiocese of Washington, he lived at the University of Maryland and was involved with students and become the de facto chaplain for the grad students active in the Catholic student center.

Now 72, Brennan said, "I'm hoping that just the experience of being with people, getting to know them, listening to their stories and sharing their joys and their sorrows and doing what I can help them see God's grace and his love for them, to see that in their lives – I'm hoping that will help me deal with the different challenges, because there are challenges which you can't run away from and have to deal with them."

He said he understands the people of the Diocese of Wheeling-Charleston need healing.

"Can I personally bring healing? I don't know – and I believe God's the one who brings healing – but can I be an instrument in doing that? I hope and pray I can."

As a side note, Brennan said when he was assigned to Baltimore, he had to start rooting for the Orioles in addition to the Washington Nationals. He thinks the folks in his new diocese may root for the Pittsburgh Pirates.

He also plans to root for the Mountaineers of West Virginia University and the Thundering Herd of Marshall University. "I haven't been much of a fan of professional football, but college basketball or football, I do very much enjoy," he noted.

"I eagerly look forward to being a part of this local church in West Virginia, to working with the good people, enjoying their interests and most especially, gaining their trust as their brother and servant," he said.