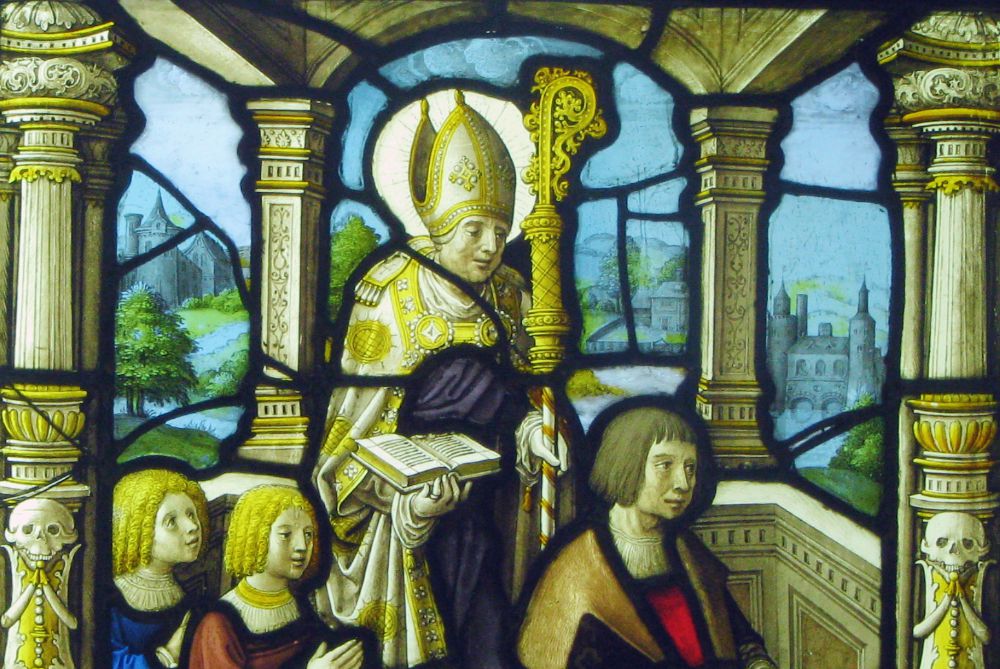 Detail of Flemish stained glass depicting a donor and sons protected by his patron, a bishop, circa 1520 (Metropolitan Museum of Art)

Michael Bransfield is the poster child for runaway clericalism.

The former bishop of Wheeling-Charleston, West Virginia, represents the worst in the corrupted tradition of the priesthood over the centuries. He saw the church and its resources as his personal plaything. He saw the people of the church, both clergy and laity, as his servants. He sees himself as a feudal lord. Unlike Jesus, he did not see himself as a servant, especially to the poor.

Bishop Michael Bransfield is not alone. There are many other bishops and priests like him. They are the spiritual heirs of the Borgias and the Medici.

Before Bransfield went to West Virginia, he was the rector of the Basilica of the National Shrine of the Immaculate Conception in Washington, D.C., for 15 years. There, at the largest Catholic Church in North America, he got accustomed to access to enormous amounts of money and to powerful friends. He also employed and hosted many young seminarians and priests from various seminaries and religious houses that surround Catholic University of America.

Bransfield retired in September 2018, after 13 years as bishop of West Virginia. Almost immediately Pope Francis appointed Archbishop William Lori of Baltimore to investigate Bransfield's sexual and financial conduct. Lori worked through a five-person investigative team of lay people. The report was released in June. A summary is on the website of the Baltimore Archdiocese. It says in part: "Regarding allegations of sexual harassment of adults by Bishop Bransfield, the investigative team determined that the accounts of those who accused Bishop Bransfield of sexual harassment are credible."

The report also said, "The team uncovered a consistent pattern of sexual innuendo, and overt suggestive comments and actions toward those over whom the former bishop exercised authority." His sexual abuse was bad, but his lavish spending on himself was positively breathtaking.

Bransfield spent a lot of money, mostly on himself.

He had a lot of money to spend. The Washington Post reported that over 100 years ago, a wealthy New York heiress donated land in west Texas to the West Virginia diocese. That land had considerable deposits of oil and gas down below. The Post reported that the trust generates about $15 million per year for the diocese, which includes some of the poorest places in the United States. Bransfield stole that money from the poor.

On Sept. 12, the Post published a front-page article detailing the results its nearly year-long investigation of Bransfield's spending. The report was shocking.

The list goes on and on. It is mind numbing.

Don't lose sight of the basic point: It is not his money!

The money belongs to the church, the people of God. It was given to benefit the faith and to help the poor. He was stealing from the poor. Put bluntly, he was a thief. 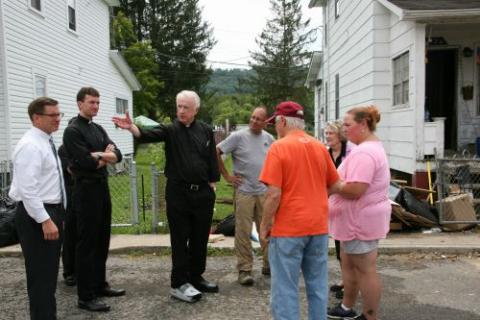 Why were there no controls?

Most U.S. bishops have no meaningful controls on their spending. Diocesan finance councils are merely advisory. In many dioceses, the diocese is incorporated as a "corporation sole," which means there is no board of directors. The bishop is the only vote that counts. He can spend however he wants.

Bransfield learned from others. He was part of a corrupted culture of clericalism.

He took over the Papal Foundation from his mentor Theodore McCarrick. That foundation raises money for the pope's charities. The head of the foundation travels lavishly and frequently. He has great influence in Rome.

Bransfield was part of a culture of bishops who considered themselves feudal lords. In Europe, stretching back to the Emperor Constantine, bishops were in fact lords. All over Europe, in every town from Salzburg, Austria, to León, Spain, the bishops' "palace" was among the grandest house in town. American bishops imitated that lifestyle when they came to this country.

The immigrant church in the 19th and early 20th century, took pride that its bishops lived like rich men. High-living bishops like Cardinals George Mundelein and Samuel Stritch in Chicago, Dennis Dougherty in Philadelphia, William O'Connell in Boston, and Francis Spellman in New York, set a standard of extravagance. Bransfield learned by what he saw. Like many priests, he got the idea that he might live like them one day. He had a long pedigree.

The sad fact is that the Bransfield type is not all that uncommon.

What can be done about this clerical culture of excess?

Pope Francis is doing a lot by his example. Living simply, driving in humble little cars, not caring about his fancy clothes.

Here is where the laity can have a real impact. First of all, they can stop giving to the bishops until they clean up their acts. Demand the kind of financial controls that would be in place in any well run non-profit these days — think  from Catholic Charities or your local hospital. Demand that there be meaningful financial controls and spending limits. Require an outside audit every three years and frequent outside audits of parishes and church institutions. (In our diocese, we have had mostly inhouse audits, which are less rigorous.)

The laity have the power over the purse. If they stop giving to the local bishops' appeals, a few lean years will make the bishops sit up and take notice. Bransfield is only the beginning.

Related: Look for lay involvement that transcends the ideological divide