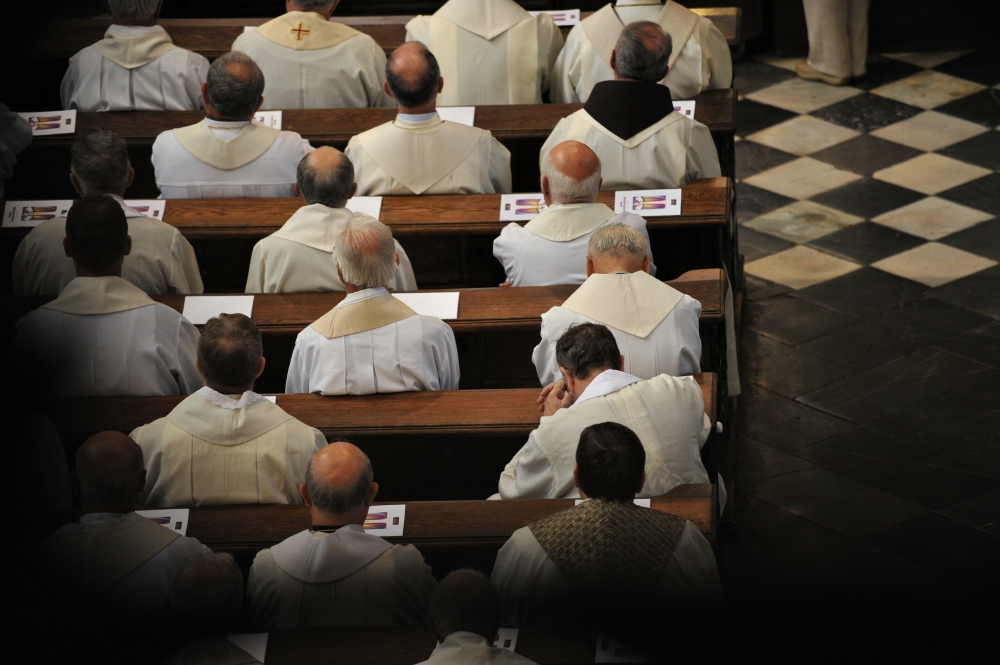 We cannot bring about real reform of the Roman Catholic priesthood unless we do away with mandatory celibacy for diocesan priests in the Latin rite.

Why would that improve the priesthood?

It would make priests more honest about ourselves and sexuality.

With real parents in the priesthood, it would make us more aware of the vulnerability of children and more outraged at their abuse. (Does anybody really think that if bishops were also real fathers that they would have covered up so much child abuse?)

With husbands in the priesthood, it would make us more respectful of women and their opinions. Married priests would also break up the "old boys" clique that surrounds clerical culture in seminaries and chancery offices.

Optional celibacy would also substantially expand the pool of potential candidates for the priesthood. It would not only increase our numbers but improve our quality.

Priestly celibacy is not all bad. As St. Paul says in 1 Corinthians 7:32, unmarried men are free to be "anxious" about the things of the Lord. Celibate priests can, if they want, be more single-mindedly available for the service of the church, without the competing demands of a wife and family. However, this is not always the case. I have known many celibate clergy who were single-mindedly anxious only about themselves.

Celibacy will always have some place in the life of the Catholic Church. Men's and women's religious communities would not be possible without celibacy. And there will always be a place for those who wish to be voluntarily celibate in the diocesan priesthood.

But, having tipped my hat to the place of celibacy and the good things it can give to the church, I want to say in the strongest terms possible that I believe that celibacy harms the church and damages the lives of most priests.

How does it harm the church?

Celibacy restricts the pool of eligible candidates for priesthood and diminishes its quality. The requirement of celibacy eliminates many men who desire to have a wife and family and sexual intimacy as much as a religious vocation. Every priest who has ever suggested a priestly vocation to young men has heard the response, "I would become a priest, but I don't want to give up falling in love or having sex or having children." Makes sense.

Worldwide, the number of Catholic priests has "flatlined" at about 400,000 for the last 50 years. Numbers are way down in Europe and in the Americas, where priests are headed for extinction.

The Vatican recognized the challenge that celibacy poses to a eucharistic church in the recently released "working document" for the October 2019 synod on the Amazon, in which it opened the door to the idea of relaxing the clerical celibacy mandate in order to bring the Eucharist to that remote region of the world.

Celibacy is depriving the church of the Eucharist in many remote areas. The Amazon experience is replicated in dozens of places around the world.

Related: Before I take on clericalism, I will say: I love being a priest

In the U.S., priestly vocations have fallen off a cliff, largely because of celibacy. When I was in high school (1968), there were 59,000 priests in the United States, according to the Center for Applied Research in the Apostolate. Fifty years later, in 2018, there were 36,500 priests. That is a nearly 40% decline! The Catholic priesthood is like Sears & Roebuck, slowly going out of business.

Ordinations in the U.S. have been hovering around 500 per year for more than a decade. That is just over half of what we need to replace the roughly 900 priests we lose each year to death or resignation. More than 3,000 parishes in the U.S. have no resident priest. Parts of the U.S. are like the Amazon, without the Eucharist.

The Holy Spirit has been trying to tell us to abolish celibacy for the last 50 years, but we are not listening. There is no shortage of married men who want to serve the church. Witness the huge increase in the number of permanent deacons, from zero in 1968 to more than 18,000 permanent deacons in the U.S. today. Nearly all of them are married men. Why can't they be priests?

Many men leave the seminary and the priesthood because of celibacy. My own seminary class is typical. We had 38 men in our class when we started in 1982. We ordained 23 four years later. Since ordination, eight more have left the priesthood. Nearly all of those who left before or after ordination eventually got married or found a partner. Clearly, celibacy (which is defined as abstaining from sexual intercourse and marriage) was a factor.

Even if we had enough priests, celibacy would still be damaging to the church as a whole and to priests in particular. Why?

Because celibacy is not normal.

Celibacy is not healthy for many people.

Celibacy fosters a culture of mendacity and secrecy, which contributes to sexual cover-ups.

Celibacy is not essential to holiness or to priesthood.

It is not mandated by the Gospels.

Celibacy contributes to a culture of clericalism.

The fact that celibacy is not normal is self-evident. The "norm" for human behavior is sexual intimacy. Witness more than 7 billion people on the planet. Somebody must be doing "what comes naturally." Every human being needs some physical intimacy in their lives. In adulthood, sexual intimacy is normal and a healthy sexual life is a sign of psychological and sexual maturity.

That celibacy is not healthy for most people is also self-evident. Sigmund Freud thought that many pathologies arose from sexual repression. Sexual intimacy is part of a healthy life. Healthline's website reports that moderate sexual activity lowers blood pressure, increases heart health, strengthens muscles, reduces the risk of a stroke, helps with depression, builds up our immune system, improves sleep, and extends life span, just to name a few of the benefits. Even a cursory look at the literature on sexuality tells us that a healthy sex life contributes to a healthier person physically, psychologically, emotionally and spiritually. It also promotes healthy, loving relationships as in marriage.

There are some people for whom celibacy is a healthy option at least for some period of their lives. Young people who are dating and widows who are finding their way in life after marriage can benefit from a chaste life. Sexual activity can distort your judgment. But I agree with Frank Bruni, who wrote in The New York Times in 2013, "Celibacy is a bad idea with painful consequences."

Does anyone really think that we would have so many shocking clerical sexual scandals if we did not require celibacy? The clerical scandals of the last 30 years have revealed the hidden pathologies of priestly celibacy. When men are forced to give up sexual intimacy, all sorts of bad behaviors emerge.

The church would argue that priests are not "forced" into celibacy, that we choose it freely. But that is not how it is experienced. A gift must be freely given, not mandated. Celibacy in the Roman Catholic priesthood is a mandate. If you won't promise lifelong celibacy, the church won't ordain you. It is not experienced so much as a "gift," but rather as a "price" for priesthood. For many people, the price is too high.

Most men have trouble remaining celibate. This is hardly a new discovery. The scandalous sexual behavior of priests has been chronicled in Western literature since The Canterbury Tales. I think most men fully intend to live celibate lives on the day of their ordination, but few of us really appreciated at ordination how hard it is to keep that promise.

A version of this story appeared in the Oct 4-17, 2019 print issue under the headline: Priesthood crucified on the cross of celibacy.