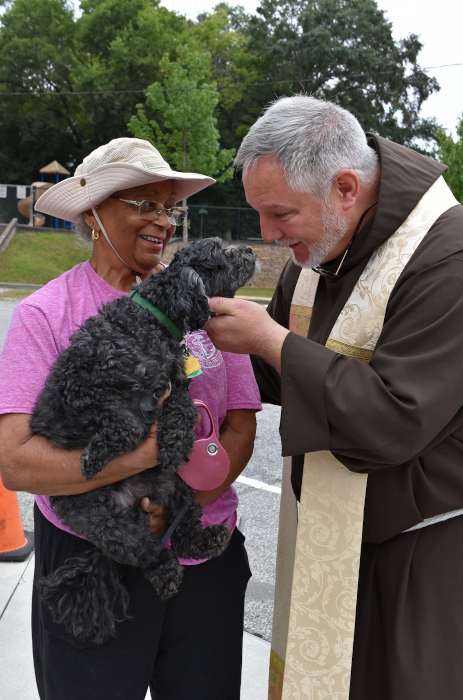 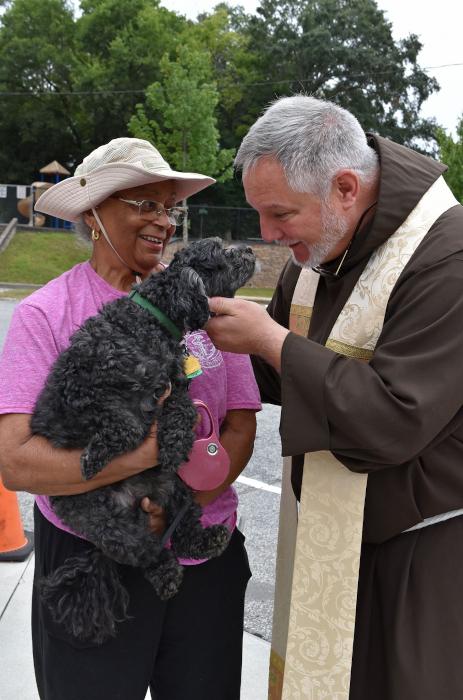 After more than seven decades of ministry by Franciscans in the Diocese of Charleston, the religious order's Holy Name Province has told a group of its friars they are being withdrawn from South Carolina.

The Franciscan Friars of Holy Name Province announced Jan. 3 they are withdrawing from St. Anthony of Padua Parish in Greenville and St. Mary of the Angels Parish in Anderson.

The announcement came from the provincial offices in New York City, which cited the challenges of a declining population of friars as the main reason for the decision to withdraw from the westernmost region of the statewide diocese.

In all, the province is withdrawing Franciscans from nine of what it calls its "Fraternities-in-Mission" in the northeast and southeast regions of the United States.

"Ministerial responsibilities and administrative operations of each of the nine ministry sites will be turned over to their respective dioceses this summer," the province said in its announcement. "For most of these sites, among them parishes and a mall ministry, it ends decades of Franciscan presence and pastoral service by the friars."

In South Carolina, the friars have been at St. Mary of the Angels for 77 years and at St. Anthony of Padua for 81 years.

"Our departure from the parishes of St. Mary of the Angels and St. Anthony of Padua, as well as the other seven Fraternities-in-Mission, inevitably will bring disappointment and sadness — which are natural emotions because of the more than three quarters of a century of association between the Franciscans and generations of families in the Anderson and Greenville communities," said Franciscan Father Kevin Mullen, provincial minister for the Holy Name Province. "The decision to withdraw from these parishes was not taken lightly."

The decision came after a two-year initiative that involved friars, local dioceses and lay partners, who looked at the sustainability of the Franciscan friars’ missions around the country. It boiled down to a question of numbers: 35 years ago there were 708 friars serving in the U.S., but now there are fewer than 300, according to the provincial statement.

Currently Franciscan Father Patrick Tuttle serves as pastor of St. Anthony of Padua Church, and Franciscan Father David Phan is parochial vicar there. Phan also is the current vicar for Vietnamese ministry in the Charleston Diocese. It is possible that Phan will remain in Greenville.

The Franciscans will remain in service at only one location in this region of the state for the time being: St. Andrew Church in Clemson. Franciscan Father Dan McLellan is pastor of the growing parish there, and Franciscan Father Bob Menard serves the parish and handles campus ministry for Clemson University, as well as Southern Wesleyan University in Central and Tri-County Technical College.

A Jan. 6 statement from the Charleston Diocese expressed sadness at the announcement, and also gratitude for the Franciscans' long history of ministry in the state.

"The Franciscan friars have played a vital role in evangelizing and ministering to the Catholic faithful in the Upstate, specifically the African American and Hispanic Catholic communities," it said. "They will be missed, but their ministry will continue."

According to the statement, the diocese will start making appropriate plans to assume both ministerial and administrative duties at the two parishes later this year.

Other parishes affected by the province's decision are: Catholic Center at the University of Georgia in Athens; Parish of the Holy Name of Jesus-St. Gregory the Great in New York City; St. Joseph-St. Maximilian Kolbe Parish in Orlando, Florida; St. Francis of Assisi Parish in Raleigh, North Carolina; St. Paul and St. Joseph parishes in Wilmington, Delaware; and the Assumption of Our Blessed Lady Parish in Wood-Ridge, New Jersey. In addition, St. Francis Chapel, a mall ministry in Colonie, New York, is closing.

(Knauss is a reporter at The Catholic Miscellany, newspaper of the Diocese of Charleston.)