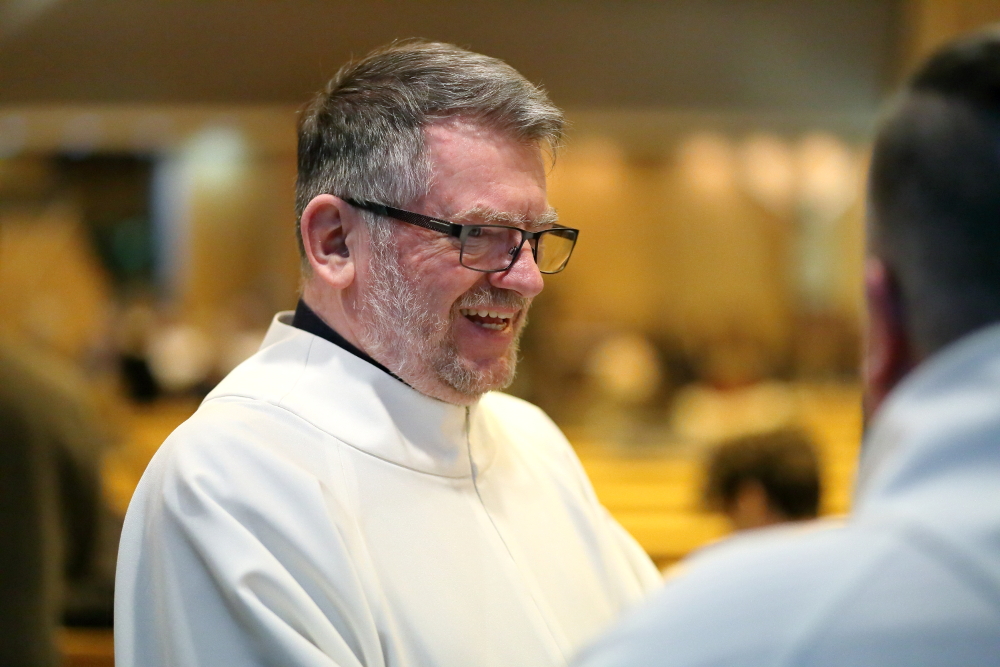 The Catholic bishops of Quebec have discussed the possibility of ordaining married men to priesthood.

During a conference dedicated to the future of the Catholic Church in Quebec, Auxiliary Bishop Marc Pelchat of Quebec said consolidating parishes was not a solution to the lack of priests.

"During a closed hearing at a recent plenary session of bishops, there was talk of the ordination of married men of a certain age, whose ecclesial commitment is tested. This is an important reflection that we have right now," he said in mid-March.

Nearly 80 people attended the conference, organized by the lay group Le Parvis de Quebec, at the Canadian Montmartre, or Sanctuary of the Sacred Heart.

"The situation of churches continues to change. In the last decade, there has been a significant decline in the demand for sacraments, including even the funeral rite. The church has become like a vestige of the past, destined to be marginalized. The faithful still present believe that there's still Good News to share, but it will have to be done differently. We will have to be persevering," said Pelchat.

Many people asked Pelchat, the longtime dean of the faculty of theology and religious studies at Laval University, about the participation of the laity in the life of the church.

Pelchat said the Quebec church has long put the faithful in a position of spectators and consumers, especially regarding the sacraments.

"We need to change this way of doing things. We believe that we can rebuild the church, even if it is more humble, to announce the mission of Christ," he said, stressing that many answers will come from the field. "We are all wondering how to become missionaries in a transforming Quebec, which has severed its ties with its Catholic heritage."

"More and more, we hear the call to set out and engage in a movement of pastoral conversion, including our structures, to reverse the church (dominant) position we have known. I have not been trained for today's church, but one has to adjust," said the 67-year-old theologian.

Demers is a journalist for Presence info, based in Montreal.