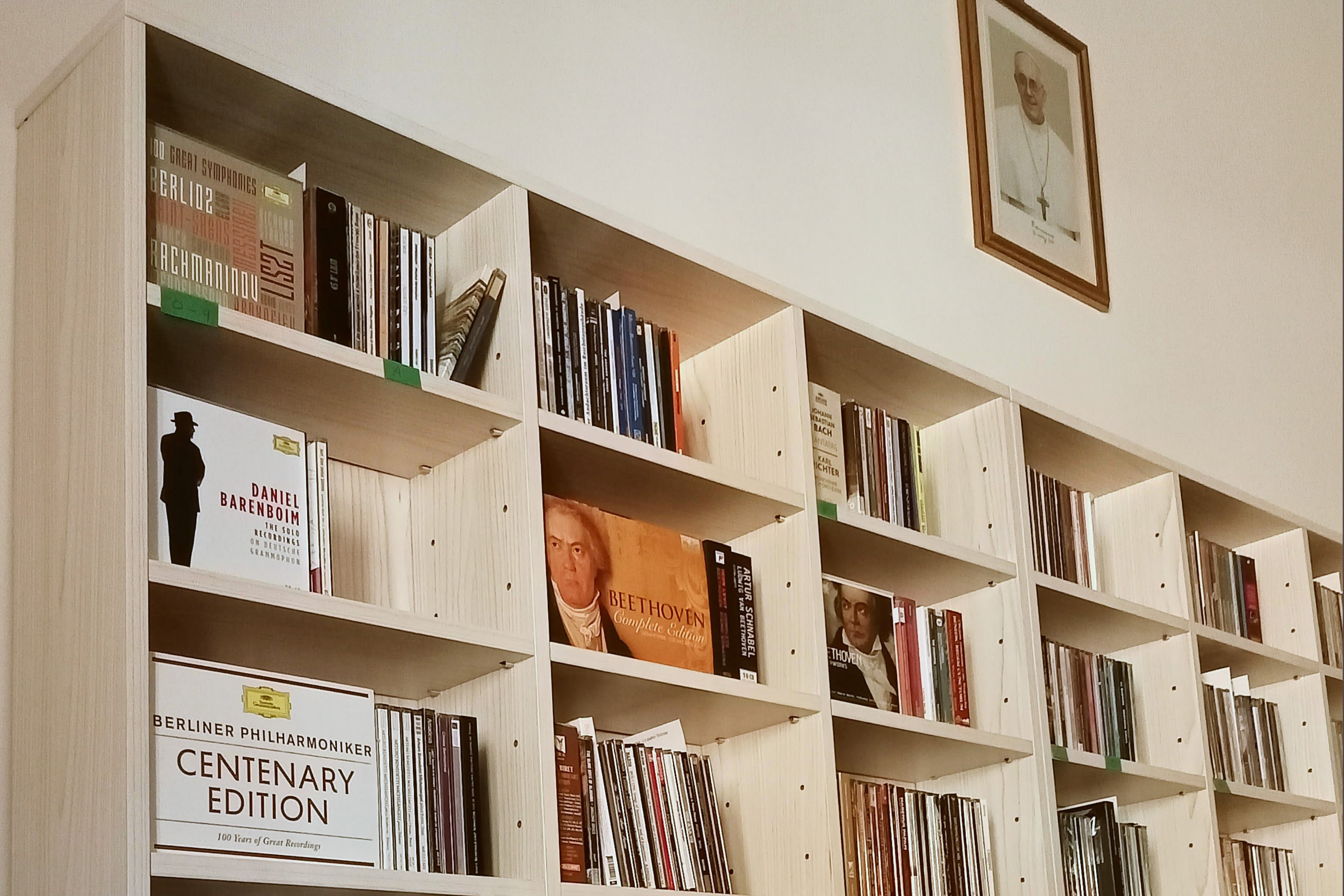 Pope Francis' music library contains nearly 2,000 CDs and 19 vinyl records, according to the Vatican cardinal who is curating the collection.

While it is mostly made up of classical music, it also includes: an old album of Édith Piaf's greatest hits; Argentine tango tunes, especially by Astor Piazzolla; and a 25-disc collection of Elvis Presley's Gospel songs, said Cardinal Gianfranco Ravasi, president of the Pontifical Council for Culture.

In an interview with the Italian newspaper Corriere della Sera Jan. 13, Cardinal Ravasi said he was not at all surprised when he saw images of Pope Francis walking out of a Rome music store with an album tucked under his arm Jan. 11.

"In fact, I can't wait to find out what it is. I hope he sends it to me soon," the cardinal said.

Cardinal Ravasi said he started receiving and curating the pope's collection of music more than three years ago. It began when the pope sent him a few CDs, saying he knew how much the cardinal liked music, too.

"I replied that I would love to know what music he likes and that's how it started," with the pope regularly sending him music, the cardinal said. "I told him I was thinking of creating a music library and, at one point, he sent me a whole box of discs (saying), 'I've already listened to these.""

Today, the culture office has catalogued and keeps a detailed record of 1,728 CDs and 19 record albums from the pope.

While some of the recordings are part of the pope's own personal collection, many of them are gifts the pope has received over the years, Cardinal Ravasi said. They cover a wide variety of genres, which is typical of a true music lover, he added.

The cardinal said the pope told him his love of music came from listening to an opera program on the radio with his mother when he was a boy.

"He sent me the complete collection of recordings at the Teatro Colón (main opera house) of Buenos Aires," he said.

What stands out, he said, is that often what the pope sends is accompanied by handwritten notes with "extraordinary, expert" comments about the piece. "You can see that he listens to the music carefully."

Cardinal Ravasi said he has compiled all the commentary and would like to publish it someday as well as see if the papal music library, housed in the council's office, could be open to experts since the collection "is indicative of his personality and culture."