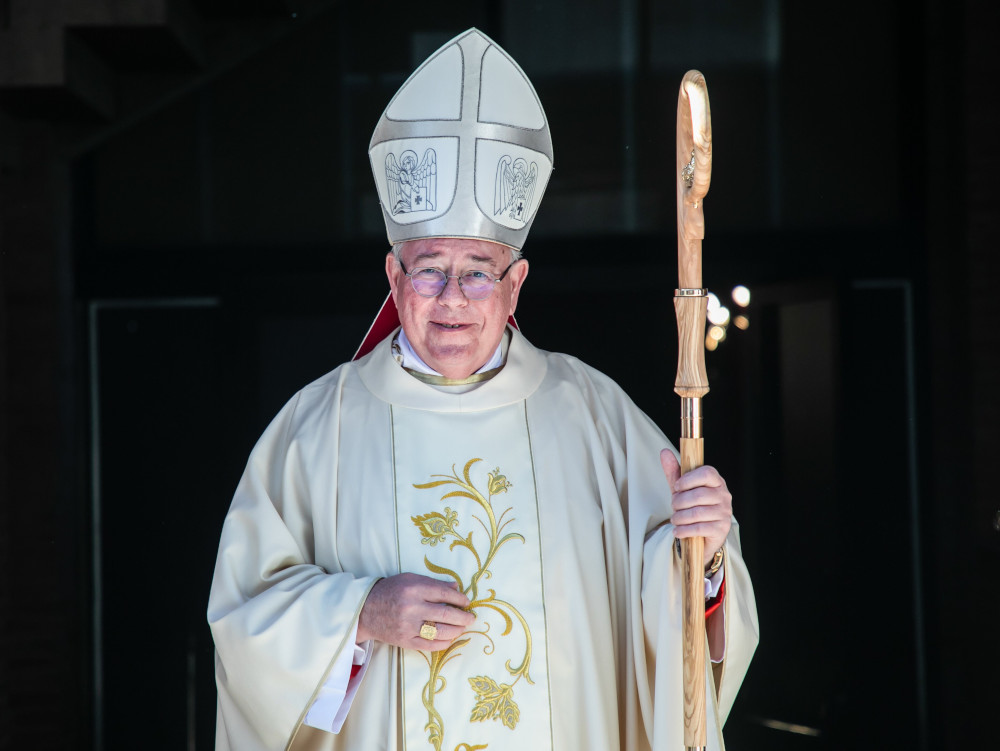 Cardinal Jean-Claude Hollerich of Luxembourg, president of the Commission of the Bishops' Conferences of the European Union, is pictured in a Feb. 16, 2020, photo. (CNS photo/Stefano Dal Pozzolo, KNA)

Luxembourg Cardinal Jean-Claude Hollerich, a Jesuit who leads the pan-European Catholic bishops' conference, has called for a change in the church's teaching on homosexuality.

In an interview with Germany's Catholic News Agency (KNA), the president of the Commission of the Bishops' Conferences of the European Union (COMECE) said he considered the church's assessment of homosexuality relationships as sinful to be wrong.

"I believe that the sociological-scientific foundation of this teaching is no longer correct," Hollerich said. The cardinal said it was time for a fundamental revision of church teaching, and suggested the way Pope Francis had spoken about homosexuality in the past could lead to a change in doctrine.

Hollerich made his comments in response to the public campaign by 125 Catholic Church employees in Germany who recently outed themselves as queer, saying they want to "live openly without fear" in the church.

It was important for the church to remain human, Hollerich said. He added that he knew of homosexual priests and laypeople in the archdiocese of Luxembourg.

Divorced and remarried people were also active in the church in the Archdiocese of Luxembourg, said Hollerich. "I can't kick them out," he said. "They would become unemployed. How can such a thing be Christian?"

Hollerich is a native of Luxembourg who spent some two decades abroad serving as a professor in Japan. He was appointed an archbishop in his home country in 2011 by Pope Benedict XVI and made cardinal by Francis in 2019.