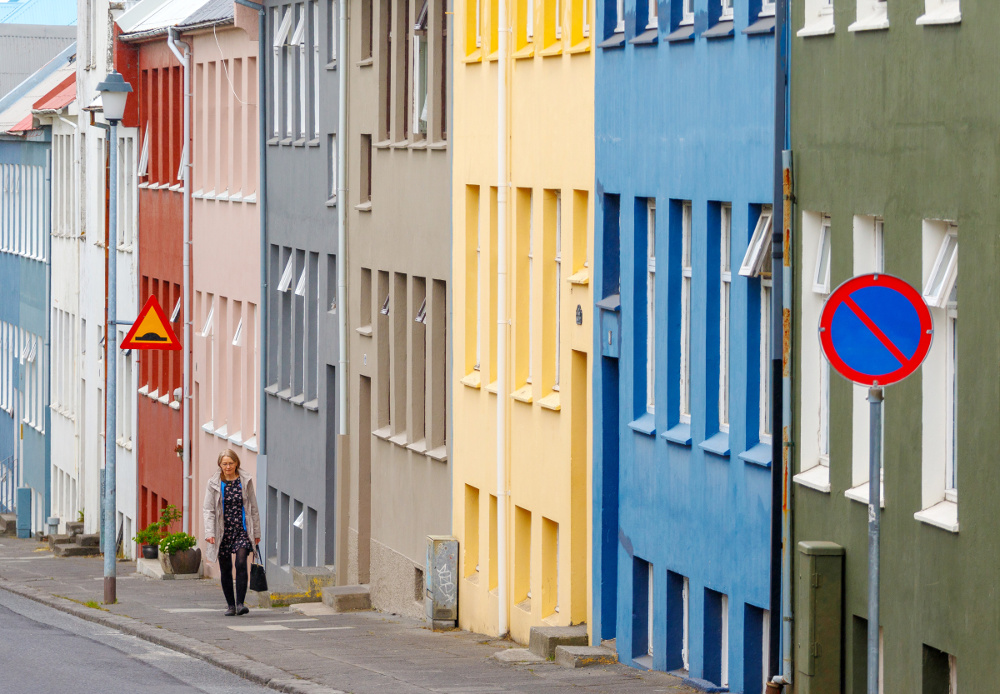 A woman walks along a street in Reykjavik, Iceland, June 15. The country is on its way to "eliminate" people with Down syndrome. (CNS/Birgir Thor Hardarson, EPA)

Iceland is on its way to "eliminate" people with Down syndrome, a report from CBS News explained, causing uproar in the pro-life community over the high numbers of abortions following prenatal diagnosis of Down syndrome.

With only one or two people, on average, born with Down syndrome each year, Iceland's population exemplifies what pro-life leaders say is the tragic reality of an abortion-driven society.

CBS news correspondent Elaine Quijano spoke with Icelandic geneticist Kari Stefansson, the founder of a genetic group named deCODE Genetics, which looks at the people of Iceland's genomes. He told Quijano, "We have basically eradicated, almost, Down syndrome from our society."

After being asked what it means for Iceland as a "society" that the nearly all women choose abortion after Down syndrome diagnosis, Stefansson responded that it is a result of genetic counseling.

"And I don't think that heavy-handed genetic counseling is desirable," Stefansson told CBS. "You're having impact on decisions that are not medical, in a way."

The head of the Prenatal Diagnosis Unit and Landspitali University Hospital in Iceland, Hulda Hjartardottir, said in her interview with Quijano that by suggesting women get tested for genetic abnormalities, like Down syndrome, they could be directing people toward abortion.

"We try to do as neutral counseling as possible, but some people would say that just offering the test is pointing you towards a certain direction," Hjartardottir told CBS.

With the spread of these diagnostic tests in Iceland, as well as the increase in accuracy since their introduction in the early 2000s, nearly 100 percent of women in Iceland choose abortion following a positive prenatal testing for Down syndrome.

In the United States, more than 67 percent of women who are told that their unborn child may have Down syndrome choose an abortion, with some organizations reporting a higher number, 85 to 90 percent.

However, states are starting to enact laws that prohibit abortions due to genetic abnormalities, race, sex, or ethnicity. In 2013, North Dakota banned abortion due to fetal genetic anomaly and since then, other states such as Louisiana have passed similar laws, with more states trying to do so.

Through a social media campaign, the March for Life organization is asking CBS to "air a segment about the happiness and benefits Down syndrome children bring to families," according to a tweet by March for Life president Jeanne Mancini Aug. 15.

In an interview with Catholic News Service Aug. 16, Mancini said that while the CBS story said that Iceland is "eliminating" people with Down syndrome, it is far worse.

"We would say that they are eradicating people with Down syndrome," Mancini said.

Mancini pointed out that while approximately 20 percent of the U.S. population is aborted, the number of people with Down syndrome who are aborted is frighteningly disproportionate.

"Studies have shown that between 85 and 90 percent, depending on which reports you use, of these special little ones who are diagnosed with Down syndrome are terminated," Mancini said. "We are moving in the direction of Iceland."

Emmy award-winning actress Patricia Heaton tweeted Aug. 14 in response to the CBS report: "Iceland isn't actually eliminating Down syndrome. They're just killing everybody that has it. Big difference."

Ultimately, the study concluded, "the overwhelming majority of people with Down syndrome surveyed indicate they live happy and fulfilling lives."

While many women may feel pressured to choose abortion following a diagnosis of Down syndrome, groups such as the National Down Syndrome Adoption Network guide expectant mothers through the parenting process as well as offer resources to those who choose to place their child in an adoption program.

"There are so many people who want to adopt children with Down syndrome," Stephanie Thompson, director at the National Down Syndrome Adoption Network, told CNS in an interview Aug. 16.

Thompson, who is the birth mother of a child with Down syndrome, offers counseling to families who receive prenatal diagnoses, offering them updated, positive information to parenting.

On average, about 50 families sit on the registry at the National Down Syndrome Adoption Network just waiting to adopt.

"It is incredible to me that a country is terminating a life that people are praying for, that they want to include in their family, they want to take care of, and they value so much," Thompson said. "They went through a home study process, fingerprints, background checks. They had people coming in and inspecting their home and it took three months and thousands of dollars to do this."

While the National Down Syndrome Adoption Network currently only offers adoptions within the U.S., Thompson is positive that there are families in countries around the world who are waiting to adopt children with Down syndrome as well.

"If there was a program like ours in every country, I can just see that termination rates would drop," Thompson said.