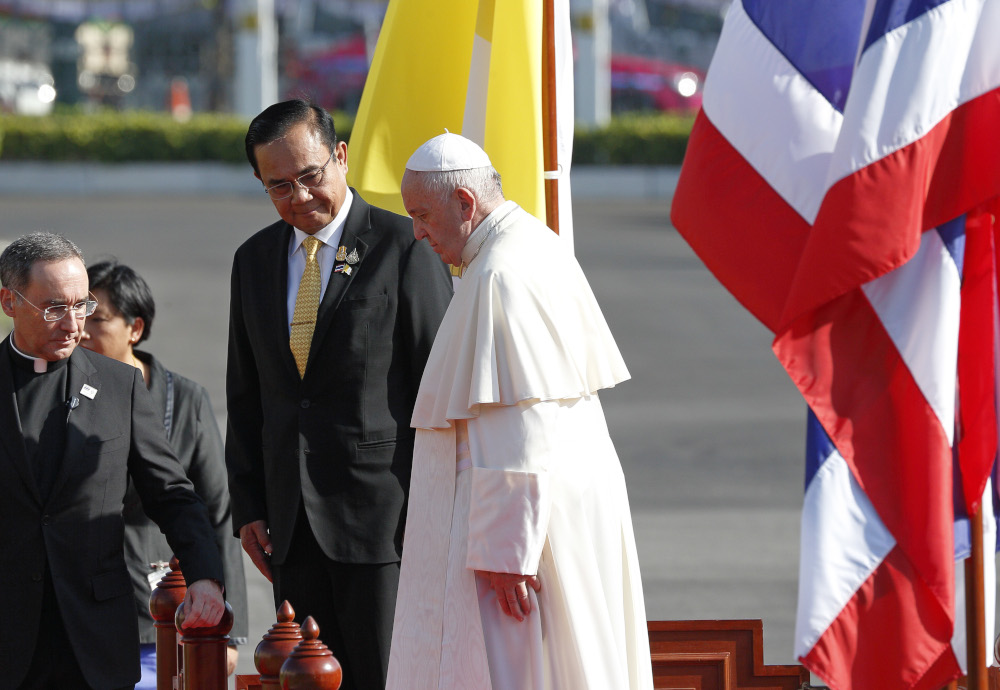 Calling migration "one of the principal moral issues" facing humanity today, Pope Francis thanked the government and people of Thailand for the way they've welcomed migrants and refugees, but he urged greater efforts to protect migrants and poor Thais from human trafficking.

Migration movements around the globe "are one of the defining signs of our time," the pope said Nov. 21 during a meeting with government officials, civic leaders and members of the diplomatic corps in Bangkok's Government House.

"The crisis of migration cannot be ignored," the pope said. "Thailand itself, known for the welcome it has given to migrants and refugees, has experienced this crisis as a result of the tragic flight of refugees from nearby countries."

According to the 2019 report of the U.N. working group on migration in Thailand, of the 64 million people living in Thailand, 4.9 million are non-Thais, an increase of 1.2 million people in five years. The largest groups come from Cambodia, Laos, Myanmar and Vietnam.

Francis urged the international community to "act with responsibility and foresight" to help people live dignified lives in their own homelands and to "promote safe, orderly and regulated migration" for those who see emigrating as the only option for themselves and their families.

"May every nation devise effective means for protecting the dignity and rights of migrants and refugees, who face dangers, uncertainty and exploitation in their quest for freedom and a decent life for their families," he said.

"It is not just about migrants; it is also about the face we want to give to our societies," Francis insisted.

Human trafficking, especially of women and children for prostitution and for domestic service, is a major problem in Thailand, according to the U.N. Action for Cooperation Against Trafficking in Persons.

"Thailand is recognized as a key destination for human trafficking in the Mekong region, in addition to being a source and transit country for forced labor and sex trafficking," the U.N. said. The problem involves poor Thais as well as migrants.

Addressing Thai leaders, including Prime Minister Prayut Chan-ocha, Francis drew special attention to women and children "who are wounded, violated and exposed to every form of exploitation, enslavement, violence and abuse."

Francis also looked briefly at the political situation in Thailand, congratulating the country for holding a general election in March for the first time since the military coup in 2014 that installed Gen. Chan-ocha as prime minister. After no party or coalition of parties was able to form a government, the parliament voted for the general to continue in office.

But, mostly, the pope focused on Thailand as a country of ethnic, cultural and religious diversity, although about 90 percent of the population is Buddhist.

"Our age is marked by a globalization that is all too often viewed in narrowly economic terms, tending to erase the distinguishing features that shape the beauty and soul of our peoples," he said. "Yet the experience of a unity that respects and makes room for diversity serves as an inspiration and incentive for all those concerned about the kind of world we wish to leave to our children."

Accompanied by his second-cousin, Salesian Sr. Ana Rosa Sivori, a missionary in Thailand who acted as his translator, Francis went from Government House to the Wat Ratchabophit temple, where he met the supreme patriarch of Thailand's Buddhist community, Somdej Phra Maha Muneewong.

The pope, Sivori, the cardinals traveling with the pope and his entire entourage took off their shoes to enter the temple which was built in 1869.

In a room filled with scent from the large bouquets of fresh roses and with a large gold statue of Buddha in the background, Francis sat close to the elderly patriarch as they spoke of the need for mutual respect and cooperation in promoting tolerance and peace. 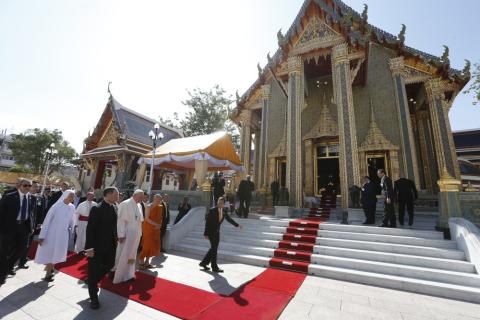 "The culture of encounter is possible, not only within our communities but also in our world, so prone to creating and spreading conflict and exclusion," the pope told the patriarch. "When we have the opportunity to appreciate and esteem one another in spite of our differences, we offer a word of hope to the world, which can encourage and support those who increasingly suffer the harmful effects of conflict."

Religions worthy of the name, the pope said, must be "beacons of hope" and promoters of brotherhood.

Francis thanked Thailand's people for ensuring that the country's Catholic minority – less than 1% of the population – enjoy religious freedom.

"Thanks to scholarly exchanges, which lead to greater mutual understanding, as well as to the exercise of contemplation, mercy and discernment –- common to both our traditions – we can grow and live together as good 'neighbors,'" the pope said.

And, as he has done with leaders of other Christian communities and other religions, Francis encouraged Catholics and Buddhists to work together on common projects to help the poor and to protect the environment, "our much-abused common home."

In his speech to the pope, the 92-year-old patriarch recalled the meeting between St. John Paul II and the Thai patriarch in Bangkok in 1984.

"The meeting on that day remains impressed upon my memory as I was also in attendance," he said. "The two leaders conversed and expressed well wishes toward one another on the basis of the genuine compassion both possessed as honorable saints of the two religions with the shared ideology of spreading sincere and endless goodwill to all lives."

At the end of the meeting, the Vatican press office said, the pope and patriarch gave each other their blessings. 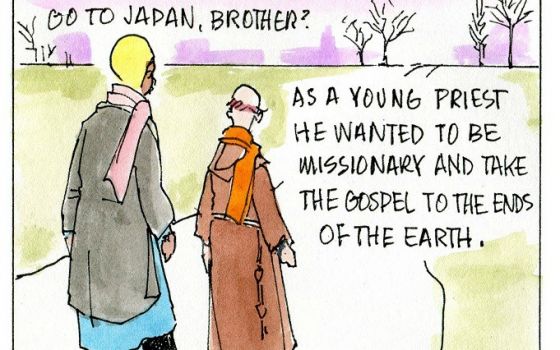 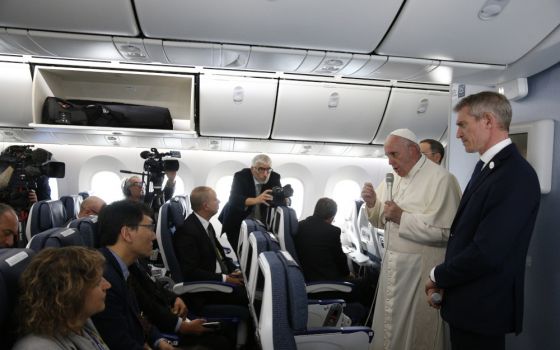 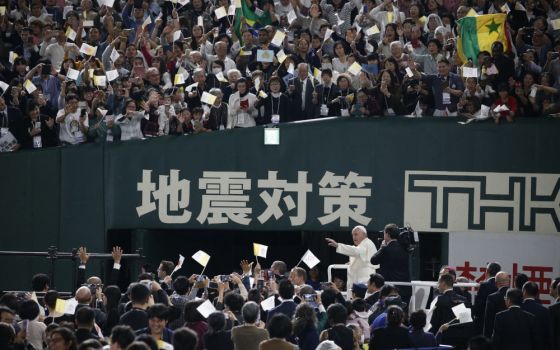 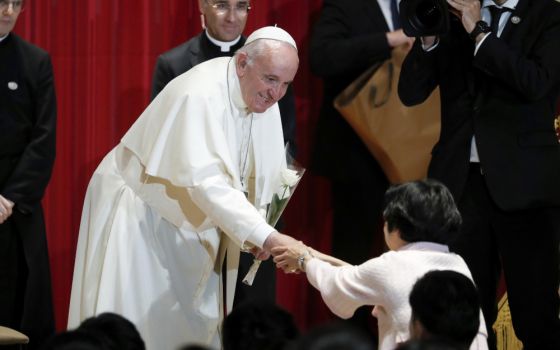