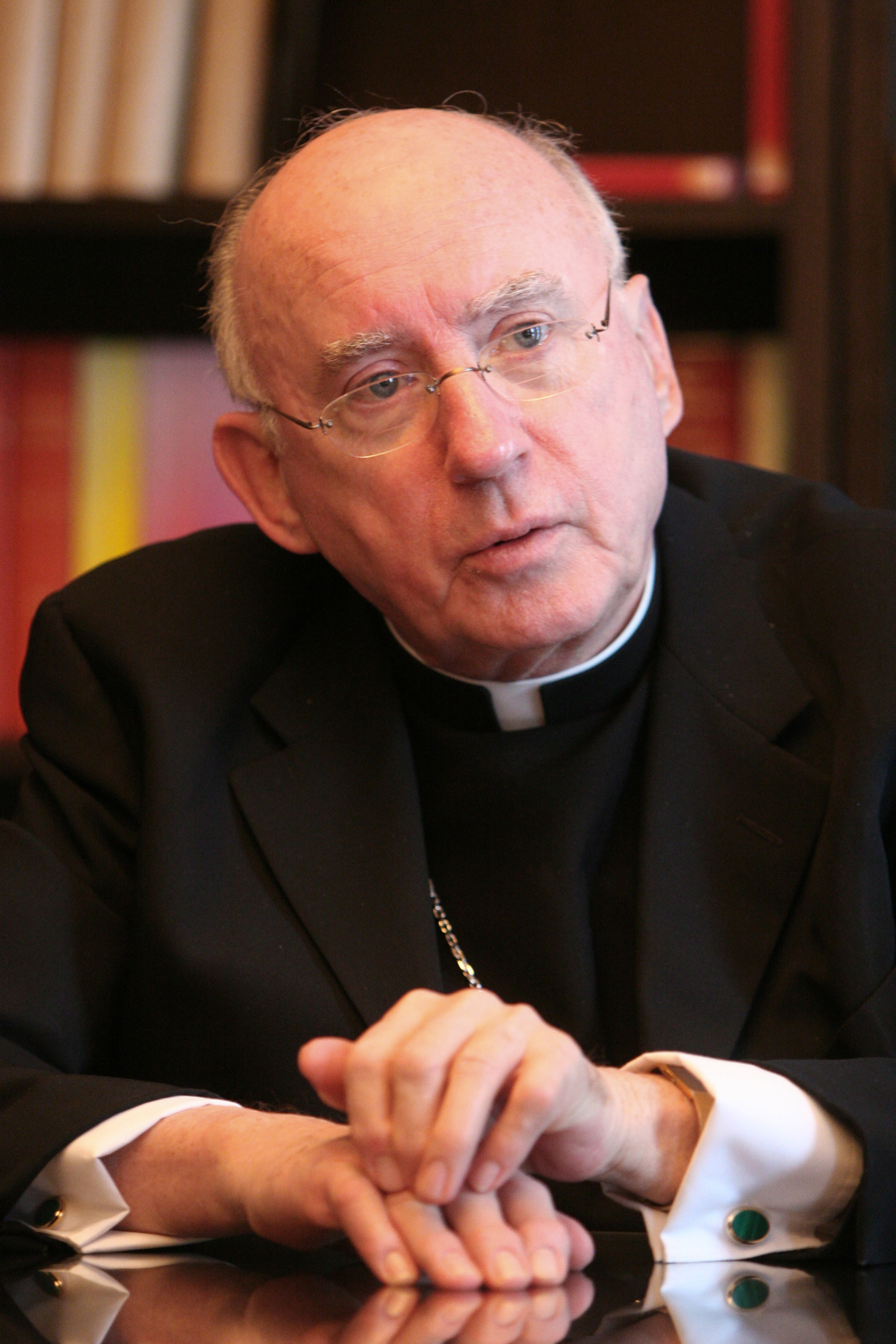 The archbishop's body is to be received the evening of Sept. 29 at St. Paul Seminary's St. Mary Chapel, followed by public visitation and a vigil. After morning prayer Sept. 30 at the chapel, his body will be transferred to the Cathedral of St. Paul. There will be three hours for public visitation before his 11 a.m. funeral Mass.

A prolific storyteller, ardent battler of racism, in his leadership of a seminary and two widely distant and different dioceses, he came to embody a genial combination of East Coast graciousness, Southern hospitality and Midwestern progressive populism.

A priest of the Diocese of Albany, New York, he served parishes in his home diocese, was rector of Mount St. Mary's Seminary in Emmitsburg, Maryland, was bishop of the Diocese of Lafayette in Louisiana, and archbishop of St. Paul and Minneapolis.

In 2002, he served as chair of what was then the U.S. Conference of Catholic Bishops' Ad Hoc Committee on Sexual Abuse, which developed the "Charter for the Protection of Children and Young People" in response to the clergy sexual abuse crisis that rocked the Catholic Church across the country.

Flynn received wide praise for his work as head of the ad hoc committee. He took a particularly strong stand in favor of the bishops' "zero tolerance" policy under which any priest who admitted or was proven to have committed at least one act of child sex abuse would be removed from all ministry.

After his retirement, however, questions were raised by some about whether he did enough in the Diocese of Lafayette and in the Twin Cities to investigate clergy sexual abuse allegations.

He retired May 2, 2008, after serving as archbishop in the Twin Cities and surrounding counties for 13 years. Until his ministry was curtailed by failing eyesight and his battle in recent years with cancer, he continued to assist in the archdiocese with confirmations and liturgies. He also led retreats across the country.

Harry Joseph Flynn was born May 2, 1933, in Schenectady, New York, to William and Margaret Mahoney Flynn. His father died when he was 6.

In September 1945, with older brothers away in military service, 12-year-old Harry was living alone with his widowed mother. When he woke the day after Labor Day to begin his first day of seventh grade at St. Columba School in Schenectady, he found his mother dead.

He was then raised by a pair of maiden aunts, and he often spoke fondly of two Sisters of St. Joseph — Sr. William Edmund and Mother Maris Stella — whom he said shepherded him with tender care through the remainder of his elementary and secondary schooling, which led to his fond regard for women religious throughout his life.

He earned both a bachelor of arts and a master's degree in English from Siena College, a small Franciscan school in nearby Loudonville, New York.

"Two or three classmates were joining the Franciscans at the time I was thinking about the priesthood," he said in a 1994 interview. "They said, 'Come with us,' but I decided I wanted to stay close to home, and I chose diocesan priesthood."

He studied at Mount St. Mary's Seminary in Emmitsburg, where he befriended Oklahoma seminarian Stanley Rother, who would later be martyred in Guatemala in 1981 and then beatified in 2017. The two were good friends until Rother's death, and Flynn often spoke and wrote about him.

In a 2017 interview with The Catholic Spirit, the archdiocesan newspaper, he spoke of the priest's attackers: "They killed a man, but they created a saint."

Ordained a priest for the Albany Diocese May 28, 1960, Flynn often said many of his best years of ministry were spent as a pastor.

As the seventh archbishop of St. Paul and Minneapolis, succeeding Archbishop John R. Roach Sept. 8, 1995, Flynn executed his office as much as a pastor as an administrator. He said his top priority was "to make the name of Jesus known and loved."

Fr. Charles Lachowitzer, vicar general and moderator of the curia of the archdiocese, noted, "Long before Pope Francis coined the phrase 'Joy of the Gospel,' Archbishop Flynn lived that joy and wanted everyone else to share it, too."

"There's something about being pastor," Flynn once told the Catholic Bulletin, predecessor of The Catholic Spirit. "One has the possibility of assisting and forming a community and can experience the direction that a community is taking. You're with people in pain and sorrow and joy. You become one with them."

This story was updated with more information at 10.30 am Eastern Time on September 26, 2019