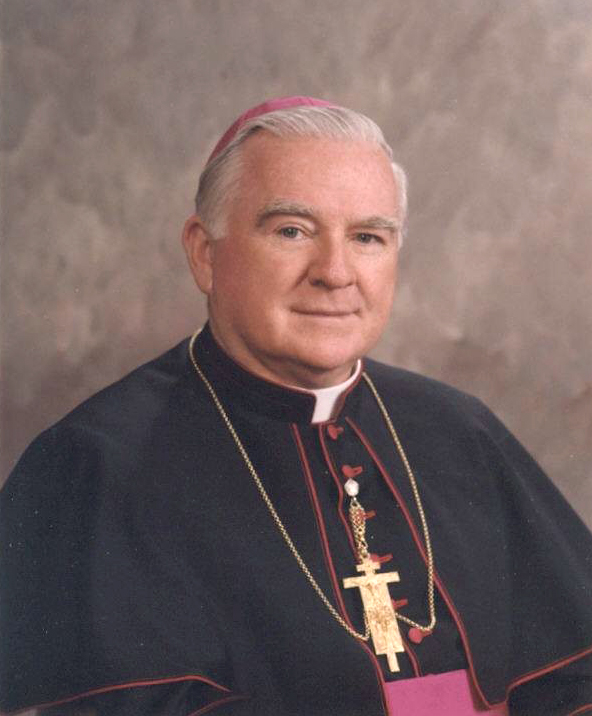 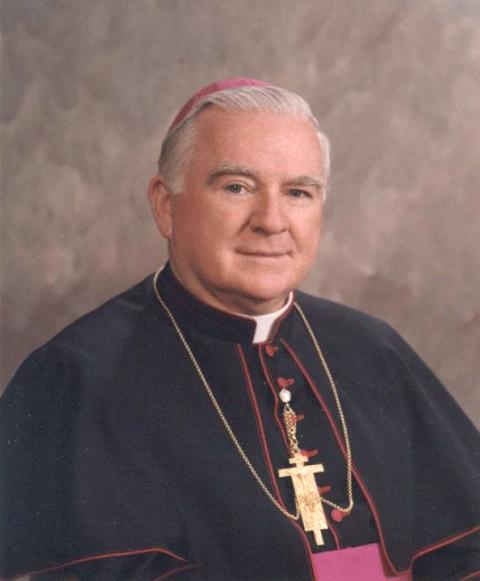 Retired Bishop Robert Mulvee of Providence died Dec. 28 at the St. Antoine Residence in North Smithfield, following a brief illness. He was 88.

"Bishop Mulvee was a good and gentle shepherd of God's people. He was a faithful follower of Christ who served the church with dignity and compassion," said Providence Bishop Thomas Tobin in a statement.

A funeral Mass will be celebrated Jan. 10 at the Cathedral of SS. Peter and Paul in Providence followed by a burial at St. Ann Cemetery in Cranston.

Msgr. John Darcy, diocesan vicar general, chancellor and personnel director from 1999 to 2005, said Mulvee was "such a wonderful bishop to the priests; he really knew them and cared for them very, very deeply. That was his greatest attribute."

Known for taking a pastoral approach to matters, Mulvee often visited the infirm and provided comfort to those who experienced loss, particularly after the infamous Station Nightclub fire in February 2003 that claimed the lives of 100 concert-goers in West Warwick.

In the mid-1980s, long before the U.S. Conference of Catholic Bishops established the "Charter for the Protection of Children and Young People," Mulvee was known for implementing a zero-tolerance approach to clerical sex abuse.

He took a strong pastoral approach in meeting with those who said they had been abused in the past.

He was also known as a friend and mentor to many pursuing a priestly vocation at the Seminary of Our Lady of Providence. In addition to visiting the seminary on holy days and to lead Holy Hours, Mulvee would also make it a point to visit on other occasions to connect on a social level.

When he retired in 2005, Mulvee split his time between Providence and South Florida.

In 2017, Mulvee was honored by the Diocese of Providence with a Lumen Gentium award in the category of Administration and Stewardship in recognition of his lifelong dedication to the church and his service in the diocese.

Born in Boston on Feb. 15, 1930, Robert Edward Mulvee, the son of the late John and Jennie Mulvee, was considered a late vocation because he didn't discern a life of priestly service until he was in high school.

Boston Cardinal Richard Cushing, who visited the high school, encouraged the young men seeking a vocation to the priesthood to go to dioceses other than Boston, which already had so many priests.

Mulvee followed this advice and was ordained a priest for the Diocese of Manchester in 1957.

Twenty years later, he was ordained as an auxiliary bishop of Manchester where he served for eight years before he was installed in 1985 as bishop of Wilmington, Delaware.

While he was bishop of Wilmington, he was board member with Catholic Relief Services and traveled around the world with them, even meeting St. Teresa of Kolkata. He developed a close rapport with then-Senator Joe Biden, who would occasionally join the bishop for breakfast.

Over the years, he also served on other boards and committees including the Basilica of the National Shrine of the Immaculate Conception in Washington; Providence College; Salve Regina University in Newport; St. John XXIII Seminary in Weston, Massachusetts; and The Catholic University of America in Washington.

In 1995, after serving a decade as bishop of Wilmington, Mulvee came to the Diocese of Providence where he would serve for the next 10 years, until the age of 75, when St. John Paul II accepted his resignation, as required by canon law, in 2005.

Bishop W. Francis Malooly of Wilmington said he was saddened by the bishop's death. "The people of this diocese had a great affection and admiration for Bishop Mulvee and he loved and cherished them," he said.

Snizek is executive editor of the Rhode Island Catholic diocesan newspaper of Providence.