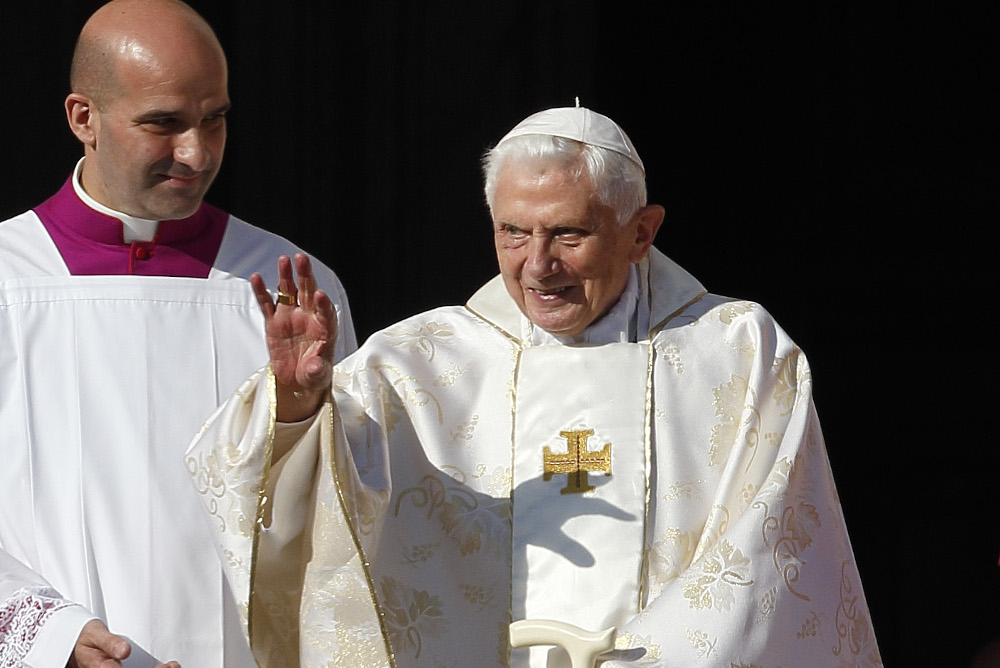 Responding to criticism of notes he published about the roots of the clerical sexual abuse crisis, retired Pope Benedict XVI said the fact that the critiques barely mentioned God proved his point.

"As far as I can see, in most reactions to my contribution, God does not appear at all," which is "exactly what I wanted to emphasize" as the central problem, he wrote in a brief note to Herder Korrespondenz, according to KNA, the German Catholic news agency.

In April, the retired pope sent a compilation of what he described as "some notes" on the crisis to Klerusblatt, a German-language Catholic monthly journal for clergy in Bavaria.

Seeing the crisis as rooted in the "egregious event" of the cultural and sexual revolution in the Western world in the 1960s and a collapse of belief in the existence and authority of absolute truth and God, the retired pope said the primary task at hand is to reassert the joyful truth of God's existence and of the church as holding the true deposit of faith.

Most of the criticism, though, focused on Pope Benedict seeming to blame the cultural and sexual revolution of the '60s, especially when many cases of priests sexually abusing children occurred before that time even if the public found out only recently.

In the new note, Pope Benedict said the "the general deficit in the reception of my text" was a lack of willingness to engage with his contention that abuse is related to a lack of faith and strong morals.

He used as an example a critique in the July issue of Herder Korrespondenz by the historian Birgit Aschmann.

"In the four pages of the article by Mrs. Aschmann, the word God, which I made the central point of the question, does not appear," he wrote.