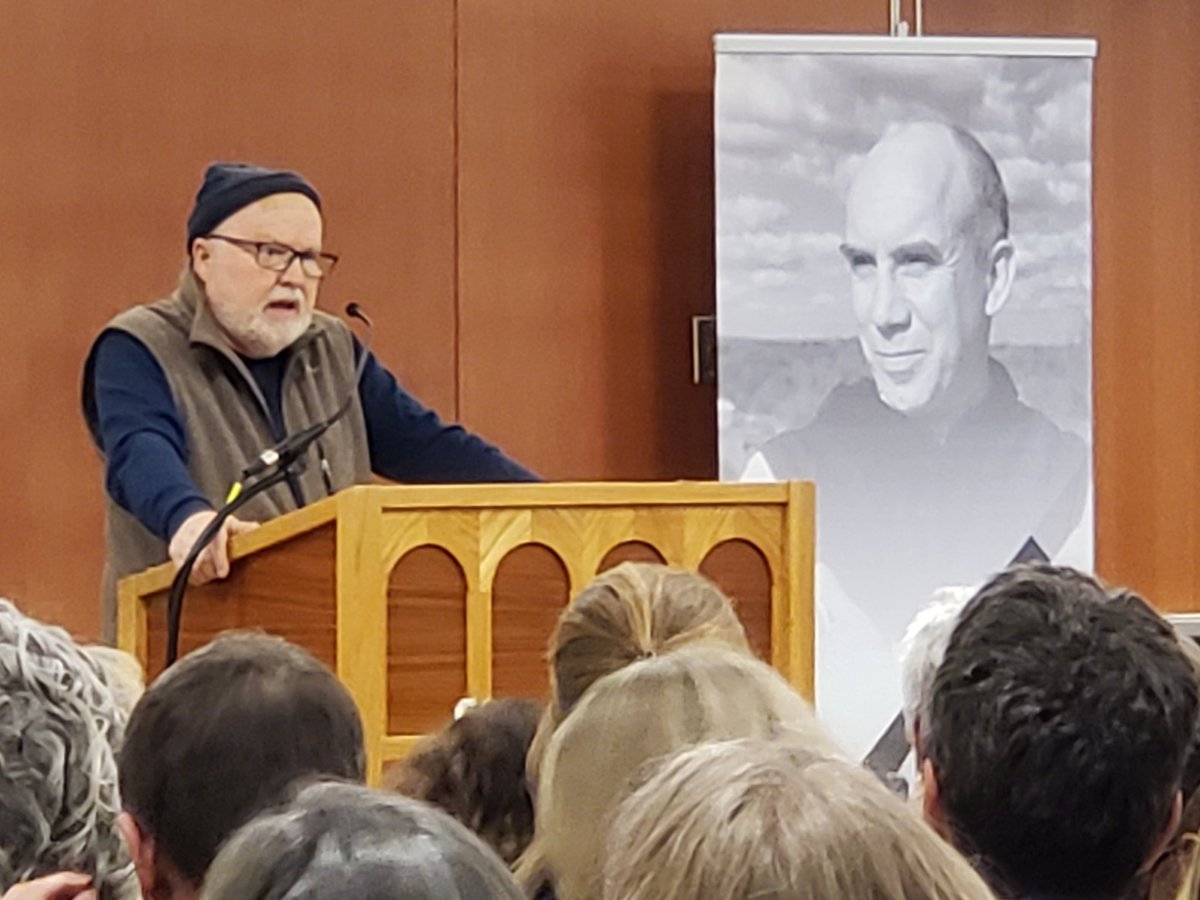 Unless Christians rediscover the "bigger heart" and "bigger mind" of the mystical and contemplative tradition, the church will be unable to make positive change in the world — or reform itself, said spiritual author and teacher Franciscan Fr. Richard Rohr.

And the "master of the mystical life" is Thomas Merton, the Trappist monk and spiritual writer who died 50 years ago today, Rohr said in a keynote address at a conference marking the half-century anniversary of Merton's death.

"Merton gave us the tools to develop a deeper sense of consciousness and therefore conscience," said Rohr, criticizing the kind of "kindergarten Christianity" that makes an idol of a political party or country.

"That's heresy," said Rohr, founder of the Center for Action and Contemplation in Albuquerque, New Mexico. "God loves people on the other side of the border as much as on this side. A lot of Christians don't know that."

Rohr urged an "awakening of the soul" that incorporates Merton's "ontological spirituality" — what Rohr terms "non-dual consciousness" because it does not focus on distinctions and either/or thinking — as an antidote to the anger and judgmentalism he sees in the United States.

"The churches are not doing their job," he said. "That we can create such a high amount of angry, dualistic people, who see everything in terms of winning and losing [means] Christianity has not handed on its heritage. When you don't have a real God, your nation and your politics, of course, become your god."

Mystics, like Merton, reject the splits of dualistic thinking, while others revel in them, Rohr said. Most people "like to prove that they're right and other people are wrong. That's of almost no interest to a mystic," he said.

Rohr said he learned from Merton that contemplatives overcome the subject-object split and instead see everything "subject to subject, center to center."

"You grant them dignity, give them voice: I don't care if it's a lizard or a leaf. If it exists, if it's in the great chain of being, it has dignity," Rohr said.

On one of only three trips outside of New Mexico this year, Rohr spoke to a full house at Catholic Theological Union (CTU) in Chicago Dec. 7, to kick off a two-day symposium on Merton. Titled " 'Disappear from View': Thomas Merton, Fifty Later and Beyond," the event was co-sponsored by CTU's Bernardin Center, Loyola University's Joan and Bill Hank Center for the Catholic Intellectual Heritage and the Chicago Chapter of the International Thomas Merton Society.

Rohr shared personal reminiscences of how, as a young seminarian before the Second Vatican Council, reading Merton changed his life. In the early 1960s, Rohr stopped at the Abbey of Gethsemani in Kentucky, where Merton lived, and was rewarded not only with a glimpse of his spiritual hero walking a few feet in front of him — but of the nun from India who had begun working with the poor: Mother Teresa.

"I kid you not, action and contemplation walked right in front of me," Rohr said, noting that that image inspired him when he founded his spiritual center in 1986. The ecumenical center teaches contemplation through conferences, onsite and online courses, webcasts and daily email meditations.

The Catholic Church of Rohr's upbringing did not offer these spiritual resources, he recalled. Instead, it was focused on a "moral spirituality" in which people experienced God by obeying commandments or through "pious devotionalism," which "kept the tribe together" but "didn't change your life."

"If we just keep preaching a form of contemplation that demands celibacy and solitude, we're wasting our time."
—Richard Rohr

With his writings in the 1950s and '60s, Merton "almost single-handedly" called the Roman Catholic Church to recover the contemplative tradition that had been maintained in the Eastern churches and that Rohr called the "perennial tradition" in other religions of the world.

But many clergy did not embrace contemplation, Rohr said, because it threatened their "job security."

"If you teach contemplative prayer, then the need for mediators is much lessened," he said. "You don't need Father."

Rohr also noted that contemplation need not be restricted to monasteries. "If we just keep preaching a form of contemplation that demands celibacy and solitude, we're wasting our time," he said. "If you've got to even sit on a mat twice a day to know God, then 99 percent of the children God has ever created cannot know God." 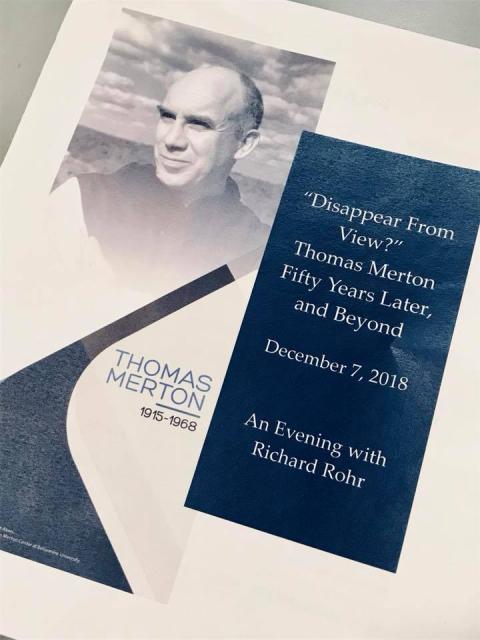 Instead, contemplation and transformation can be experienced through "great love and great suffering," which is available to everyone, Rohr said.

For Rohr, "the mystical mind, the contemplative mind, is the pearl of great price," which can address almost every pastoral, political and relationship issue, he said. "It doesn't teach you what to see; it teaches you how to see."

Instead, people must discover the "true self" — the imago dei in oneself and others, Rohr said, citing Merton: "What we must become is what we already are."

"God is just another word for everything," Rohr said. "Don't say you love God if you don't love everything."

Read this next: Why should anyone care about Thomas Merton today?
A version of this story appeared in the Dec 28, 2018-Jan 10, 2019 print issue under the headline: Rohr: Church needs 'awakening of the soul'.