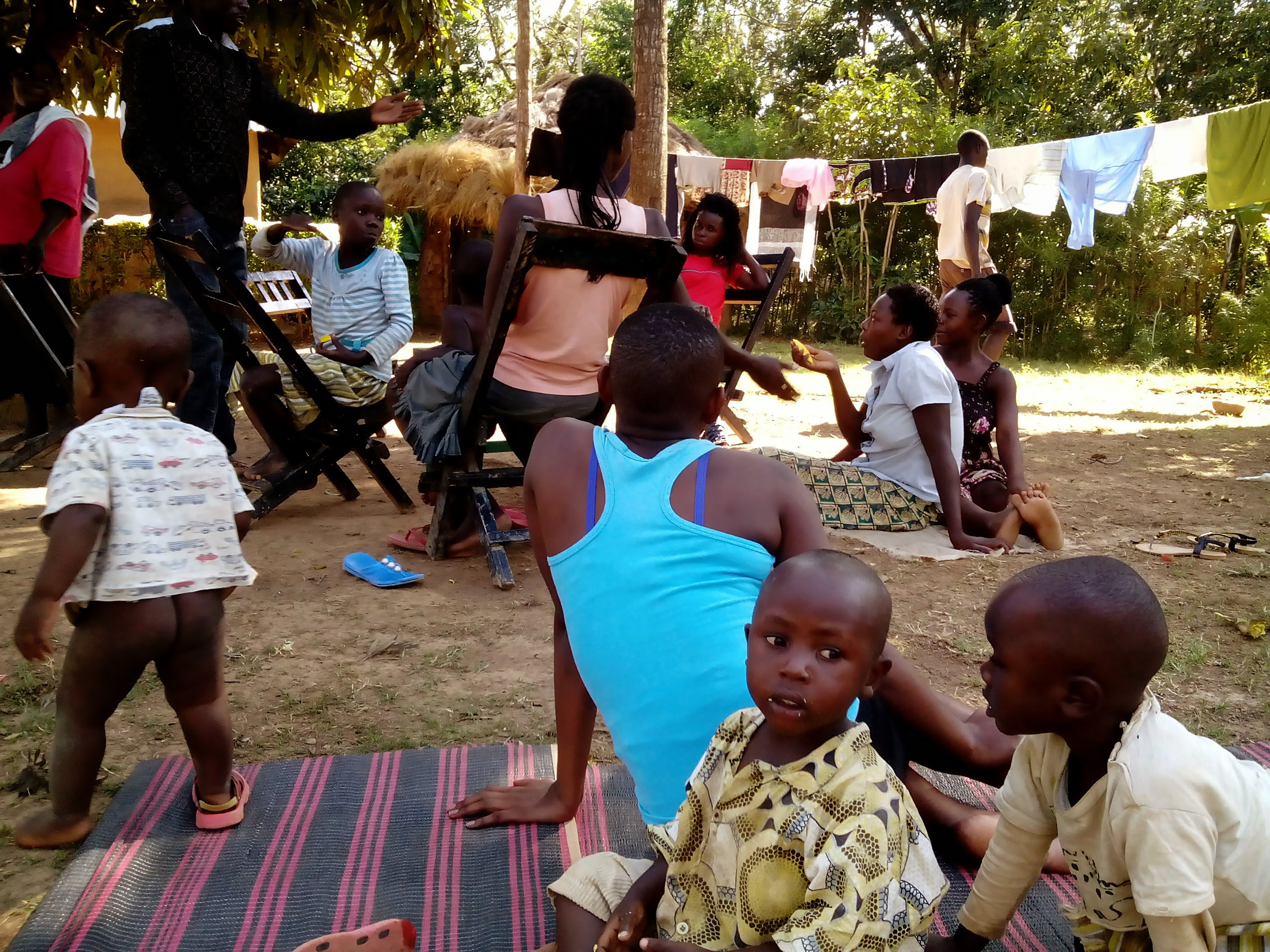 Refugees from South Sudan are seen in the Palabek Refugee Camp in northern Uganda in an undated photo. Salesian missionaries have opened five chapels in the camp and minister to the refugees who have fled violence in their homeland. (CNS/Doreen Ajiambo)

As civil war escalates in South Sudan, the world's youngest nation, refugees fleeing violence gather over the border in northern Uganda to ask God for peace.

They sing hymns and sometimes recite the rosary. Others fall to their knees and weep in prayer in the new chapels established under trees because shelter is scarce. Their pews are planks of wood or logs dug into the ground.

"We are praying daily because we want God to hear and forgive us," said catechist Peter Jok, a South Sudanese refugee who works in one of five chapels that Salesian missionaries have opened in the Palabek camp in northern Uganda. "The suffering we are going through will come to an end one day because God is going to intervene."

About 34,000 South Sudanese refugees live in Palabek. The ministries offered in the chapels bring hope and unify the migrants, including those who have lost loved ones in the civil war.

The Salesians run St. John Bosco, Mary Help of Christians, Holy Cross, Daniel Comboni and Mother Teresa chapels. Catholic Masses are celebrated in them; women and children use the buildings as community centers.

"We had lost hope as people of South Sudan, but the church is restoring it," said Pauline Aluel, a mother of three who arrived in the camp in April after government soldiers attacked her town of Pajok and murdered her husband. "I have been having bad dreams about the people I saw being murdered. But the church has helped me to overcome it. I can now recite a rosary and all my problems are solved."

The newly appointed chaplain of the refugees in the archdiocese, Salesian Fr. Lazar Arasu, said his order's missionaries were helping the refugees in peacebuilding activities, spiritually and agricultural practices to improve their lives.

"We are working to provide inspiration and hope to internally displaced people here and around the world," Arasu said. "We also help poor youth and their families through education."

South Sudan gained its independence from Sudan in July 2011 after decades of war. But two years later, the new nation of 11 million people became embroiled in civil conflict. President Salva Kiir, a member of the majority Dinkas, blamed his then-Vice President Riek Machar, a Nuer, of staging a coup against the government. The conflict has led to famine, accusations of mass rape and ethnic cleansing and a massive refugee crisis.

Several peace deals have failed, including one signed in 2015 allowing the formation of a unity government with Machar as Kiir's first deputy.

Tens of thousands have been killed in the conflict, and more than 1 million people have been forced to flee to neighboring Uganda alone. Upward of another million have sought refuge elsewhere in the region.

Catholic bishops in Uganda have urged priests to visit the camps and provide pastoral care.

Archbishop John Baptist Odama of Gulu encouraged host Catholics living with refugees to embrace and provide them with the solace they need to live dignified lives.

Odama said the local churches in those areas should put in place effective pastoral programs that will enable refugees to draw strength and hope from the living word of God and the sacraments.

"We note with deep concern the influx of refugees into Uganda following conflicts and economic hardship in some of our neighboring countries, especially South Sudan," he said in a statement during the summer. "We therefore launch an appeal to all our priests from other dioceses to consider volunteering to go and provide pastoral care to the people in the refugee camps."

The effort involves more than bricks and mortar.

Father Tonino Pasolini, an Italian Comboni missionary who runs Radio Pacis, a multilingual radio station in northern Uganda, said he was determined to continue bringing a message of peace and reconciliation to the refugees living in the region.

"Radio Pacis will continue to spread the message of hope among the refugees so that they can reconcile and become peacemakers," he said.

Protestant churches also have cropped up in various refugee camps to spread a message of hope, peace and reconciliation.

In the Bidi Bidi refugee camp, which hosts about 270,000 South Sudanese, more than 25 Catholic churches and houses of other faiths have sprung up, according to George Okumu, a Ugandan local government official.

"The church is helping most refugees here," he said. "They now live in peace despite their ethnic differences. Others have also healed emotionally after they lost their family members at home."