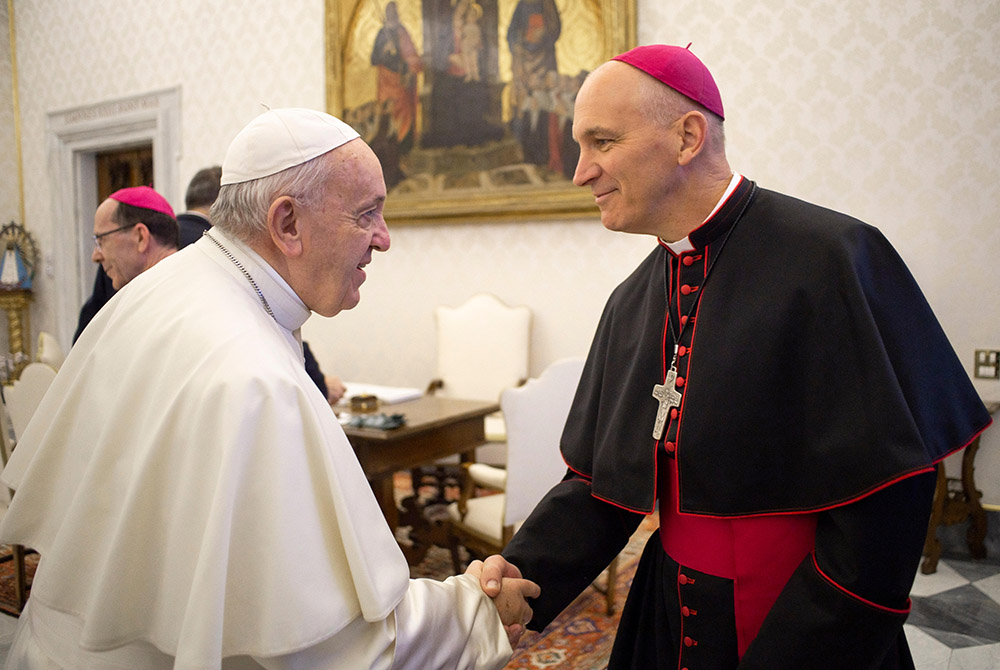 A second bishop has spoken up to counter allegations that Pope Francis expressed displeasure with Jesuit Fr. James Martin during a recent private meeting with bishops of the southwestern United States. Martin is a best-selling author who advocates for and ministers to LGBT Catholics.

Bishop Steven Biegler of Cheyenne, Wyoming, said he supports the recollections of Archbishop John Wester of Sante Fe, New Mexico, who went public to counteract two anonymous bishops who insinuated that the pope was unhappy with Martin.

Wester's response "accurately describes the tone and substance of the short dialogue regarding Fr. James Martin," he said.

Biegler and Wester were both part of the group of bishops from the United States' Region XIII, who had their ad limina meeting with the pope Feb. 10 in Rome. Other bishops attending the meeting were from New Mexico, Arizona, Colorado, Utah and Wyoming.

The meeting "was a cordial, forthright and encouraging conversation," Biegler said, adding that the pope spoke in Italian, with an "excellent translation" in English from a translator. 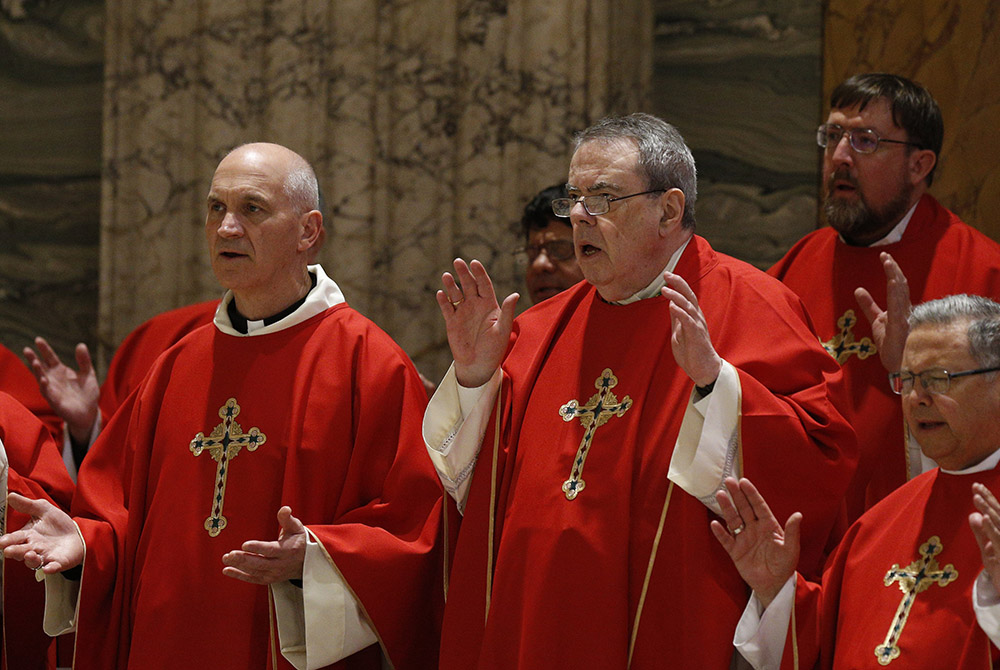 The allegations about the pope's comments about Martin were made in a Feb. 20 news article by Catholic News Agency. CNA is owned by the Eternal Word Television Network (EWTN), which has been connected with anti-Francis elements in the church.

The CNA article cited two anonymous bishops who were at the meeting, who said Pope Francis was clearly angry about "the whole subject of Fr. Martin."

One bishop said the pope said that "that Fr. Martin had been given a 'talking to' and that his superiors had also been spoken to and made the situation perfectly clear to him."

"I do not think you will be seeing that picture of him with the pope on his next book cover," the bishop told CNA.

Wester said that it was his "distinct recollection is that during our meeting the Pope never spoke of Father Martin or his ministry in a negative way."

"Furthermore, I have no memory at all of the Pope being angry, upset or annoyed. He spoke gently and patiently throughout our meeting," Wester said.

Wester noted several bishops at the meeting brought up the topic of Fr. Martin, including the Jesuit priest's private meeting with the pope last fall and his recent talk to Catholic university presidents. What displeased the pope, Wester said, was "the way others tried to use" Martin's papal meeting.

Some conservative Catholic commentators have implied that the papal meeting with Martin was a disciplinary one, according to the CNA story.

But according to Martin, he felt "encouraged, consoled and inspired" after the Sept. 30 meeting in the Vatican's apostolic palace, which he took to be a "clear sign of [the pope's] deep pastoral care for LGBT Catholics and LGBT people worldwide."

Martin also disputed the claim of the anonymous bishop in the CNA story: "I never heard anything negative from Jesuit superiors, nor was I ever given a 'talking to,' " he wrote in a social media post thanking Wester for "going on the record to set the record straight."

The author of the CNA article, JD Flynn, is the news agency's editor-in-chief. He previously worked in the Lincoln, Nebraska, Diocese and the Denver Archdiocese, under Archbishop Charles Chaput, a frequent critic of Martin. Flynn was chancellor of Denver under current Archbishop Samuel Aquila, who attended the ad limina meeting.

Flynn also wrote an essay critical of Martin, published in the conservative journal First Things the same week as the CNA article about the ad limina meeting.

Biegler said he offered his comments "with reluctance," but felt he needed to share his perspective because it differed from what was reported by CNA. "Furthermore, we should let Pope Francis speak for himself about such sensitive issues," he said.