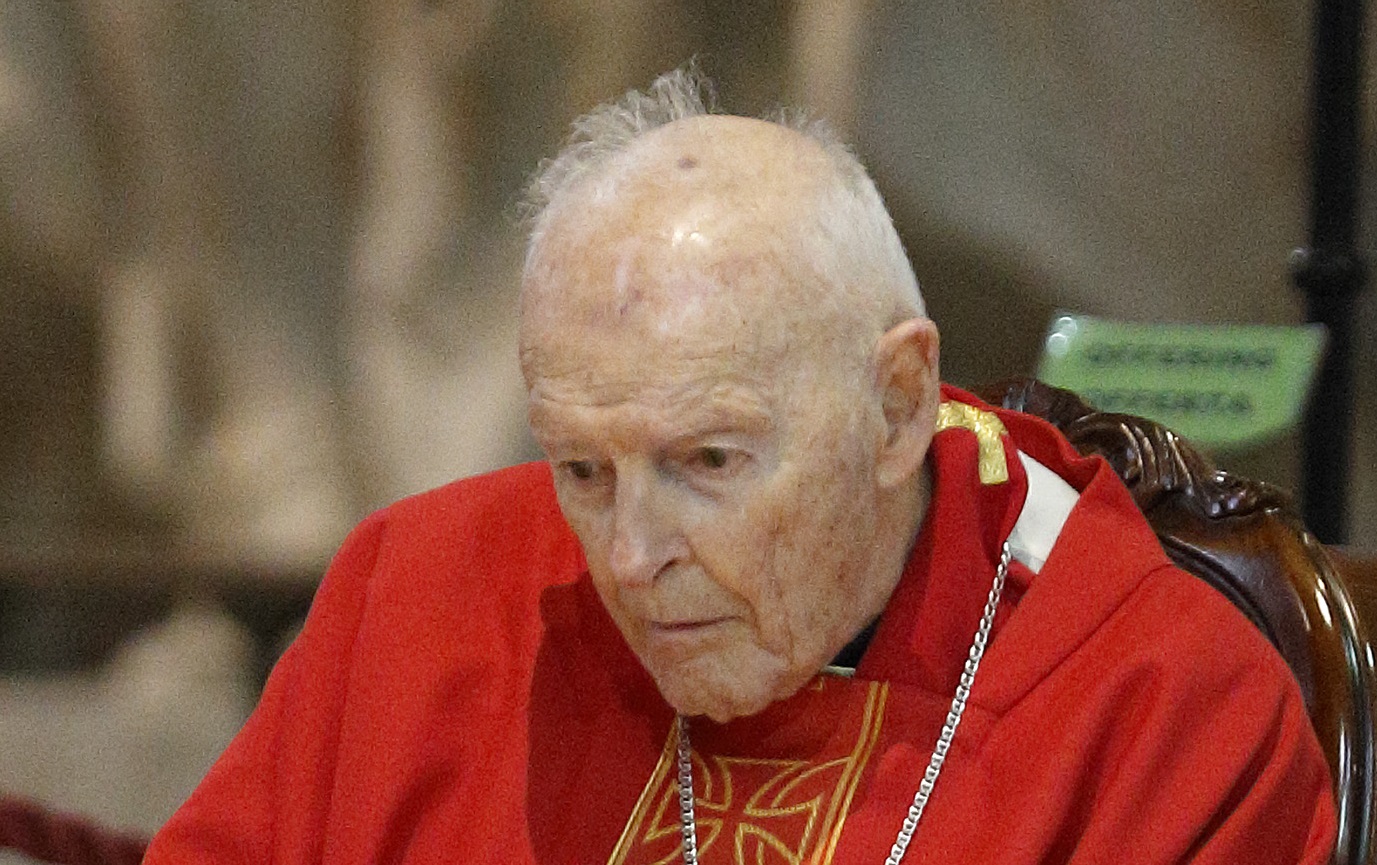 Archbishop Theodore McCarrick attends a Mass in Rome April 11, 2018. The retired archbishop of Washington faces a canonical trial on allegations he sexually abused a minor and seminarians some years ago. (CNS/Paul Haring))

Seton Hall University officials have opened an investigation into allegations of sexual misconduct against Archbishop Theodore McCarrick and others.

University President Mary Meehan announced the action in a letter published on the school's website Aug. 22.

Meehan's statement said that Christina A. Amalfe of the law firm Gibbons P.C. in Newark, New Jersey, was hired as special counsel to lead the effort and commission the independent review. The Gibbons firm has retained Theodore V. Wells Jr. of the New York law firm Paul, Weiss to conduct the review, the letter said.

The investigation follows allegations of sexual misconduct by McCarrick, who formerly was archbishop of Newark, and other archdiocesan priests that may have involved students at Immaculate Conception Seminary School of Theology and the College Seminary at St. Andrew's Hall at the university.

Media reports based on interviews with former seminarians detailed the alleged incidents. In addition, an allegation that McCarrick abused a teenager in 1971 in the Archdiocese of New York was found credible.

After the reports, McCarrick resigned from the College of Cardinals July 28. He has said he is innocent.

In accepting the resignation, Pope Francis ordered the archbishop to maintain "a life of prayer and penance" until a canonical trial examines the accusations.

Meehan's letter said the reports "have caused deep sorrow in our community and great pain to me personally, as well as to all Catholics and people of goodwill."

"Seton Hall is committed to doing alI it can to protect our students, seminarians and other members of the University community. We strive to ensure that our university is -- first and foremost -- a place everyone feels safe and respected," Meehan wrote.

"These are difficult days for all victims of abuse, and four our Church. Let us pray for the wisdom and courage to do what our faith demands, along with the grace and love we need to protect all God's children," the letter concluded.